The head of the US Defense Intelligence Agency (DIA) said, "The United States believes that Russia probably is not adhering to its nuclear testing moratorium in a manner consistent with the ‘zero-yield’ standard." 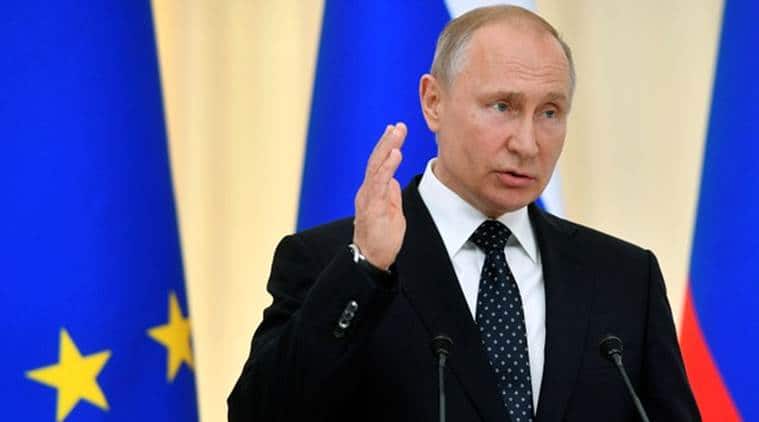 The United States believes Russia may be conducting low-level nuclear tests, a US intelligence official on Wednesday, while the head of a body monitoring a global nuclear treaty said there was no sign of such violations by Moscow.

Negotiated in the 1990s, the Comprehensive Nuclear Test Ban Treaty (CTBT) enjoys wide global support but must be ratified by eight more nuclear technology states, among them Israel, Iran, Egypt and the United States to come into force.

However, the head of the US Defense Intelligence Agency (DIA) said, “The United States believes that Russia probably is not adhering to its nuclear testing moratorium in a manner consistent with the ‘zero-yield’ standard.”

At an arms control forum at the Hudson Institute, DIA head Lieutenant General Robert P. Ashley said, “We believe they have the capability in the way they are set up” to conduct low-level nuclear tests that exceed the zero yield limit set in the CTBT,

There was no immediate response from the Russian government, but the head of the Russian State Duma Defense Committee, Vladimir Shamanov, told the Interfax news agency that Ashley “could not have made a more irresponsible statement”.

“Nuclear tests cannot be carried out secretly,” it quoted him as saying.

“These kinds of statements reveal that the professionalism of the military is systemically falling in America,” Shamanov said.

“It wasn’t about Russia conducting any low-yield tests but that Russia may have the capability for doing so,” he told Reuters in an interview during a visit to Seoul on Thursday.

The organization’s global detection systems have not detected any tests, Zerbo said.

“We’re pretty confident that any militarily significant explosive test would not go undetected. So far we haven’t had any signal to that effect and we’re looking for further evidence.”

US State Department spokeswoman Morgan Ortagus referred specific questions to the DIA, but said Russia “routinely” disregarded its international obligations and was in breach of the Intermediate-range Nuclear Forces Treaty.

“They have been in breach for several years and they have tested, produced, fielded an INF weapon … We are certainly alarmed that they continue to disregard their international obligations as it relates to arms control.”

Russia announced last month it was suspending the INF treaty after the United States said it would withdraw because of violations by Moscow. Russia denies flouting the accord and has accused Washington of breaking the accord itself.

Ashley’s comments underscore the need for countries like the United States to ratify the CTBT, Zerbo said.

“You’re not ready to ratify the CTBT but you’re asking for someone to comply with it, so you’re referring to a treaty that seems to be important,” he said.

“If the treaty is important, why don’t we lock it in?”