US Election results 2020: Donald Trump needs to win all the remaining battleground states, including Nevada where Biden is ahead, to return to the Oval Office. Whereas winning Nevada, which carries six electoral college votes, would lead Biden straight to the White House.

Democrat Joe Biden Thursday (IST) inched closer to the 270-mark after gaining decisive leads in crucial states of Michigan, Wisconsin and Arizona. Biden has garnered a record 72 million votes, amounting to 264 electoral college seats at the time of writing, and just needs to win six more to become the next president of the United States of America.

Republican incumbent President Donald Trump, who is leading the states of Pennsylvania, North Carolina, and Georgia, currently has 214 electoral votes, according to AP’s projected tally. He needs to win all the remaining battleground states, including Nevada where Biden is ahead, to return to the Oval Office for a second term. Whereas winning Nevada, which carries six electoral college votes, would lead Biden straight to the White House.

The results in the states of Georgia, Pennsylvania, North Carolina, and Nevada may get delayed for over a week as some were cast on Tuesday and many more during weeks of early voting amidst the surging coronavirus pandemic. Follow US Election Results LIVE Updates

On Thursday, Biden, 77, told reporters in Wilmington, Delaware: “When the count is finished, we believe we will be the winners.”

“I will govern as an American president. The presidency itself is not a partisan institution.”

But senior Trump campaign aide Jason Miller said: “By the end of this week, it will be clear to the entire nation that President Trump and Vice-President Pence will be elected for another four years.”

Amid heightened poll tensions, protesters, both pro and anti-Trump, took to streets. About 200 of Trump’s supporters, some armed with rifles and handguns, gathered outside an election office in Phoenix, Arizona, in the morning following unverified rumours that votes were not being counted, Reuters reported. Similar scenes were witnessed in Detroit where about 30 people, mostly Republicans, were barred from entering a vote-counting facility amid rumours of fraudulent counting in parts of Michigan. 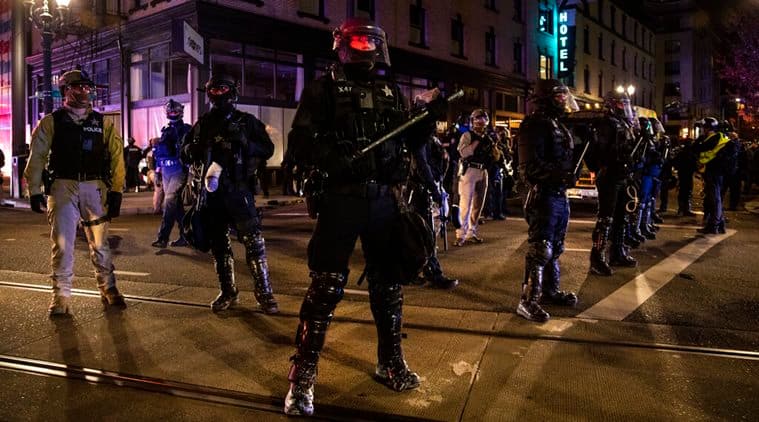 Anti-Trump protesters were also held in cities such as Portland, Oregon, New York, Denver and Minneapolis as they took to streets demanding vote counting to continue.

Democrats faced a setback in their bid to gain a majority in the US Senate as the Republicans brushed back multiple challengers to protect their majority. The contest, however, still hangs in balance.

In Michigan, Democrats were spared a loss late Wednesday when Senator Gary Peters beat back a tough challenge from Republican John James. But Republicans held on to Susan Collins in Maine and other key seats across the map.

While Democrats picked up must-win seats in Colorado and Arizona, they suffered a setback in Alabama, and Republicans held their own in one race after another. The GOPs tasted success in South Carolina, Iowa, Texas, Kansas, Montana and Maine, dramatically limiting Democrats’ hopes to make inroads.

Meanwhile, Indian-origin candidates Rikin Mehta and Sara Gideon have lost their Senate race from New Jersey and Maine respectively, according to projections made by the American media.

Born to an Indian father and an Armenian mother, Gideon, the current speaker to the Maine House of Representatives, lost to Republican heavyweight Senator Susan Collins. Collins received 4,09,974 votes as against the 3,39,364 bagged by Gideon. 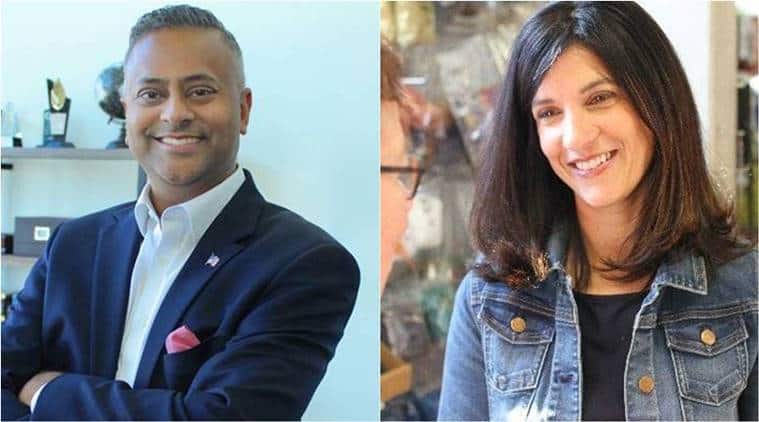 Republican Rikin Mehta lost the election to Democratic incumbent Cory Booker. Booker received 60.4 per cent of the votes counted as against Mehta’s 38 per cent.

The Trump campaign filed lawsuits on Thursday (IST) over the handling of mail-in ballot in swing states of Georgia, Michigan and Pennsylvania, while in Wisconsin his team requested a recount of votes, citing “irregularities in several Wisconsin counties”. Incomplete results indicate the margin between Trump and Biden in Wisconsin is less than one percentage point, which allows a candidate to seek a recount.

Don’t miss from Explained: Why Donald Trump and his fans are angry with ‘favourite channel’ Fox News

The Trump campaign also filed a lawsuit in Michigan to stop counting there because it contended it had been denied “meaningful access” to observe the opening of ballots and the tally.

His campaign asked the Supreme Court to intervene in the ballot counting in Pennsylvania, according to US media reports.

Joe Biden pledges return to Paris Accord if elected

The United States on Wednesday formally left the Paris Climate Agreement, three years after President Donald Trump announced his intention to undo what had been seen as a key achievement of his predecessor Barack Obama.

The same day, Joe Biden announced that his administration (if elected), would rejoin the landmark accord in 77 days — on January 20, 2021, the day the country’s next president gets inaugurated. Biden has long maintained that the US should commit to policies addressing climate change, and during his campaign proposed a $2 trillion spending plan that includes promoting clean energy and climate-friendly infrastructure.