US officials have opposed the pipeline, which would allow Russia to export gas directly to Germany and potentially cut off other nations, but President Joe Biden's administration has chosen not to try to kill it with US sanctions. 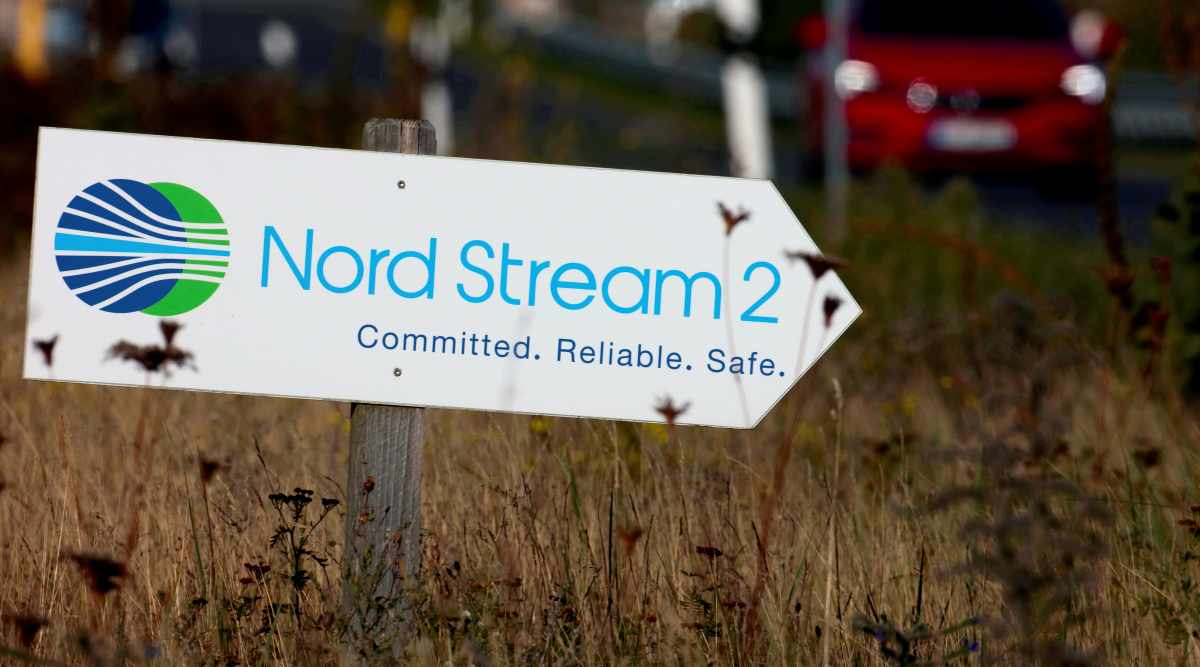 The United States and Germany on Wednesday unveiled an agreement on the Nord Stream 2 gas pipeline under which Berlin pledged to respond to any attempt by Russia to use energy as a weapon against Ukraine and other Central and Eastern European countries.

The pact aims to mitigate what critics see as the strategic dangers of the $11 billion pipeline, now 98% complete, being built under the Baltic Sea to carry gas from Russia’s Arctic region to Germany.

US officials have opposed the pipeline, which would allow Russia to export gas directly to Germany and potentially cut off other nations, but President Joe Biden’s administration has chosen not to try to kill it with US sanctions.

Instead, it has negotiated the pact with Germany that threatens to impose costs on Russia if it seeks to use the pipeline to harm Ukraine or other countries in the region.

But those measures appeared to have done little to calm fears in Ukraine, which said it was asking for talks with both the European Union and Germany over the pipeline. The agreement also faces political opposition in the United States and Germany.

A joint statement setting out the details of the deal said Washington and Berlin were “united in their determination to hold Russia to account for its aggression and malign activities by imposing costs via sanctions and other tools.

“If Russia attempts to “use energy as a weapon or commit further aggressive acts against Ukraine,” Germany will take steps on its own and push for actions at the EU, including sanctions, “to limit Russian export capabilities to Europe in the energy sector,” the statement said.

It did not detail specific Russian actions that would trigger such a move. “We elected not to provide Russia with a road map in terms of how they can evade that commitment to push back,” a senior State Department official told reporters, speaking on condition of anonymity.

“We also will certainly look to hold any future German governments accountable for the commitments that they have made in this,” the official said.

Under the agreement, Germany will “utilize all available leverage” to extend by 10 years the Russia-Ukraine gas transit agreement, a source of major revenues to Ukraine that expires in 2024.Germany will also contribute at least $175 million to a new $1 billion “Green Fund for Ukraine” aimed at improving the country’s energy independence.

Kuleba also issued a statement with Poland’s foreign minister, Zbigniew Rau, pledging to work together to oppose Nord Stream 2. Ukrainian President Volodymyr Zelenskiy said he was looking forward to a “frank and vibrant” discussion with Biden over the pipeline when the two meet in Washington next month. The visit was announced by the White House on Wednesday, but press secretary Jen Psaki said the timing of the announcement was not related to the pipeline agreement.

German Chancellor Angela Merkel spoke by phone with Russian President Vladimir Putin hours before the release of the agreement, the German government said, saying Nord Stream 2 and gas transit via Ukraine were among the topics.

The pipeline had been hanging over US-German relations since former President Donald Trump said it could turn Germany into a “hostage of Russia” and approved some sanctions.

German Foreign Minister Heiko Maas said on Twitter he was “relieved that we have found a constructive solution.” Russian Foreign Minister Sergei Lavrov, asked about the reported details of the agreement earlier on Wednesday, said any threat of sanctions against Russia was not “acceptable,” according to the Interfax news agency.

Even before it was made public, leaked details of the agreement were drawing criticism from some lawmakers in both Germany and the United States.

Republican Senator Ted Cruz, who has been holding up Biden’s ambassadorial nominations over his concerns about Nord Stream 2, said the reported agreement would be “a generational geopolitical win for Putin and a catastrophe for the United States and our allies.

“Cruz and some other lawmakers on both sides of the aisle are furious with the Democratic president for waiving congressionally mandated sanctions against the pipeline and are working on ways to force the administration’s hand on sanctions, according to congressional aides.

Democratic Senator Jeanne Shaheen, who sits on the Senate Foreign Relations Committee, said she was not convinced the agreement would mitigate the impact of the pipeline, which she said “empowers the Kremlin to spread its malign influence throughout Eastern Europe.”

“I’m skeptical that it will be sufficient when the key player at the table – Russia – refuses to play by the rules,” Shaheen said.

In Germany, top members of the environmentalist Greens party called the reported agreement “a bitter setback for climate protection” that would benefit Putin and weaken Ukraine.

Biden administration officials insist the pipeline was so close to being finished when they took office in January that there was no way for them to prevent its completion.

“Certainly we think that there is more that the previous administration could have done,” the US official said. “But, you know, we were making the best of a bad hand.”