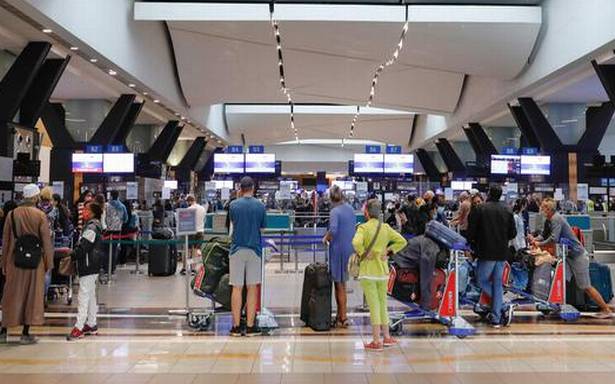 Travel ban would be lifted on December 31

The United States said Friday it would next week lift the travel ban imposed on several southern African nations when the Omicron variant of Covid was first detected.

Countries around the world restricted travel from southern Africa after the variant was detected in South Africa, which reported Omicron to the World Health Organization (WHO) on November 24.

WHO and the United Nations spoke out against the travel bans, and officials in South Africa said they were being punished for identifying the strain and being transparent.

"The restrictions gave us time to understand Omicron and we know our existing vaccines work against Omicron, esp boosted," Kevin Munoz, the White House assistant press secretary, said on Twitter.

He said the travel ban would be lifted on December 31.

A senior White House official added that with Omicron present across the United States and globally, international travelers from the eight affected countries would not have a significant impact on US cases.

"During the travel pause President Biden reduced the time for pre-departure testing to one day opposed to three days… travelers from these eight countries will be subject to these same strict protocols," the official said.