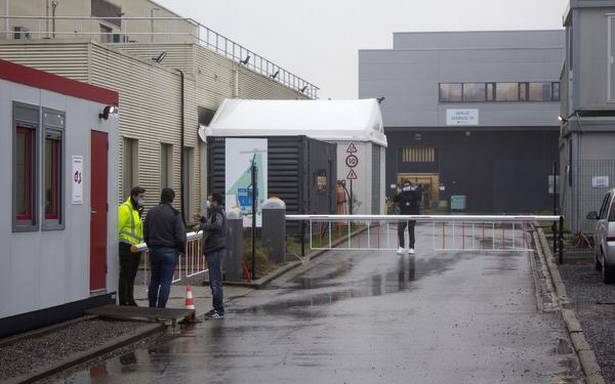 The Novasep’s factory in the town of Seneffe is part of the European production chain for the Oxford-AstraZeneca coronavirus vaccine.

Belgian health authorities announced on Thursday that they have inspected a pharmaceutical factory in Belgium to find out whether expected delays in the deliveries of AstraZeneca’s coronavirus (COVID-19) vaccine are due to production issues.

The European Commission had asked the Belgian government to inspect the factory amid a heated public dispute between the 27-nation bloc and the Anglo-Swedish drugmaker. European Union (EU) officials are under tremendous political pressures because the bloc’s vaccine rollout has been much slower than that of Israel or Britain.

The Novasep’s factory in the town of Seneffe is part of the European production chain for the Oxford-AstraZeneca coronavirus vaccine.

AstraZeneca said last week that it planned to cut initial deliveries in the EU to 31 million doses from the 80 million it had planned due to reduced yields from its manufacturing plants in Europe. The EU claimed on Wednesday that it will receive even less than that – just one quarter of the doses that member nations were supposed to get during January-March 2021.

According to the EU, the Belgian factory is one of four AstraZeneca sites included in the contract sealed by the European Commission and the company to produce vaccines for the EU market.

“The Novasep teams worked hard to meet its obligations to AstraZeneca with unprecedented speed and commitment,” Novasep said in a statement to The Associated Press. “Manufacturing the COVID-19 vaccine is a pioneering process in terms of scale, complexity and quantity. We have worked closely with AstraZeneca and conducted regular and coordinated reviews of the production processes to ensure the active drug substance was delivered on time and met the highest standards for quality and stability.”