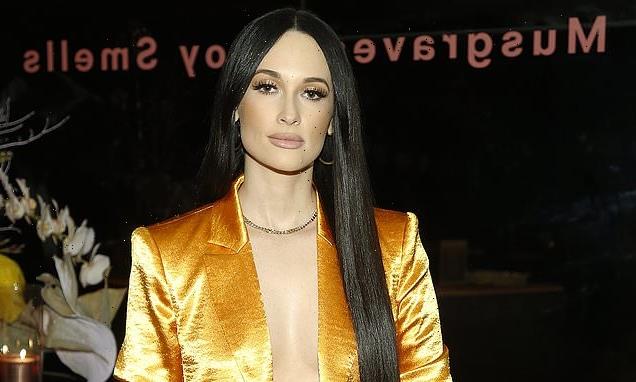 Verdict: Reaches for the heavens

The Texan singer cut her teeth in Nashville and writes short, catchy songs that tap into that city’s proud storytelling traditions. Her voice has the yearning, creamy timbre of the country greats.

But she’s too intrepid a musician to kowtow completely to Nashville convention. Her Grammy-winning 2018 album Golden Hour, a Top 10 record in the UK, introduced rock, pop and disco into the equation. She has since been on tour with Harry Styles and worked with psychedelic rockers The Flaming Lips, singing on their 2020 concept LP American Head.

Star-Crossed takes her somewhere else again. Structured as a three-part tragedy, her fifth album is a kaleidoscopic affair coloured by ambient guitars, flamenco flourishes and a flute solo. The electronics that were a subtle presence on Golden Hour are now even more prominent, suggesting that Kacey, 33, could soon be throwing that cowgirl hat away for good. 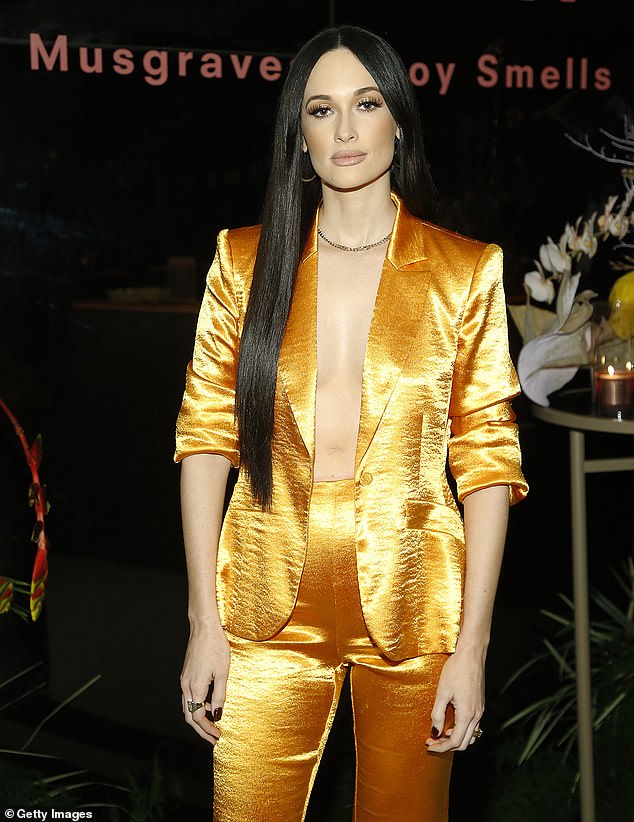 It’s an album heavily informed by her divorce, finalised in September 2020, from fellow Tennessee musician Ruston Kelly. If Golden Hour was a loved-up tale of domestic bliss, albeit one where she couldn’t resist the occasional peek at gloomier matters, Star-Crossed takes listeners through the nitty-gritty of a collapsing relationship.

The title track establishes the mood. ‘Let me set the scene, two lovers ripped right at the seams,’ sighs Musgraves, as a classical guitar is strummed gently in the background. She goes on to sing matter-of-factly of signing her divorce papers and dividing up possessions, but generally avoids self-pity. She made the album in Nashville with her usual producers Daniel Tashian, singer with Tennessee rock band The Silver Seas, and Ian Fitchuk, singing some songs reclining on a four-poster bed in an attempt to create intimacy.

Her three-act narrative — ‘exposition, downfall and resolution’ — is observed only loosely, but the heartache is crystal clear. 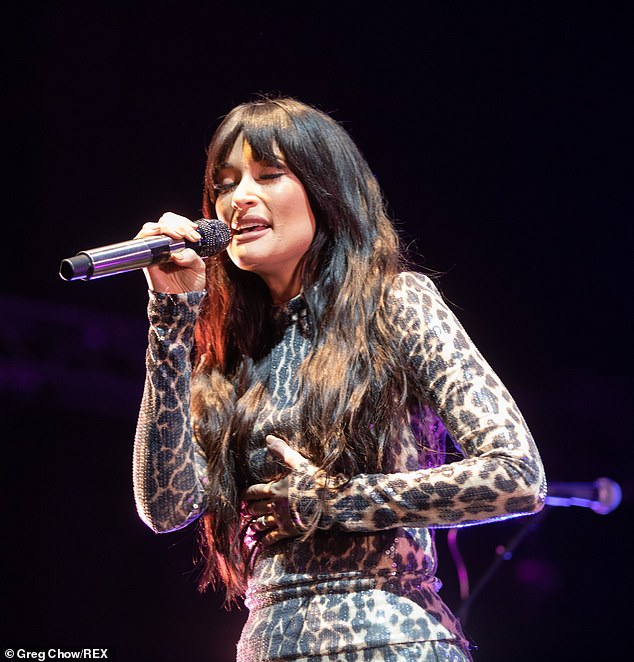 The Texan singer cut her teeth in Nashville and writes short, catchy songs that tap into that city’s proud storytelling traditions. Her voice has the yearning, creamy timbre of the country greats

There are songs, such as Cherry Blossom, that gaze back longingly at better days, the sense of nostalgia accentuated by shimmering guitars.

Other tracks, like Camera Roll, caution against browsing through those same memories on a mobile phone: ‘Chronological order ain’t nothing but torture / Scroll too far back, that’s what you get.’

There are flashes of anger, notably in Breadwinner, on which she warns women to be wary of men jealous of their status. A proliferation of low-key acoustic ballads also leave the album feeling slightly marooned in its middle section.

But the overriding sentiment is a desire to move on, with the final section brightened by There Is A Light, an electronic dance number with a Balearic feel and that unexpected flute solo. A cover of the late Chilean folk singer Violeta Parra’s Gracias A La Vida rubber-stamps the bittersweet spirit. Fans won over by the ‘galactic country’ of Golden Hour — or the smalltown tales of 2015’s Pageant Material — might find Star-Crossed harder to warm to, but it’s a return that reiterates Musgraves’ standing as one of the most adventurous talents to break out of Nashville in years.

ELVIS COSTELLO has worked with Burt Bacharach, Paul McCartney — and his own wife, Diana Krall — in a glittering career now in its sixth decade. He has sung country tunes, played classical pieces and made his last album, Hey Clockface, in Helsinki, Paris and New York. But his latest venture is his most outlandish yet — an idea that shouldn’t work… but somehow does.

Teaming up with his long-term collaborator Sebastian Krys, an Argentinian studio whizz, the singer has gone back to his brilliant 1978 LP This Year’s Model and remade it entirely in Spanish.

Using the original master tapes, remixed and sometimes extended by Krys, he has invited an eclectic cast of Latin musicians to provide their own interpretations. The idea came about after Elvis was asked to add a female vocalist to the album track This Year’s Girl for the HBO TV drama series The Deuce. 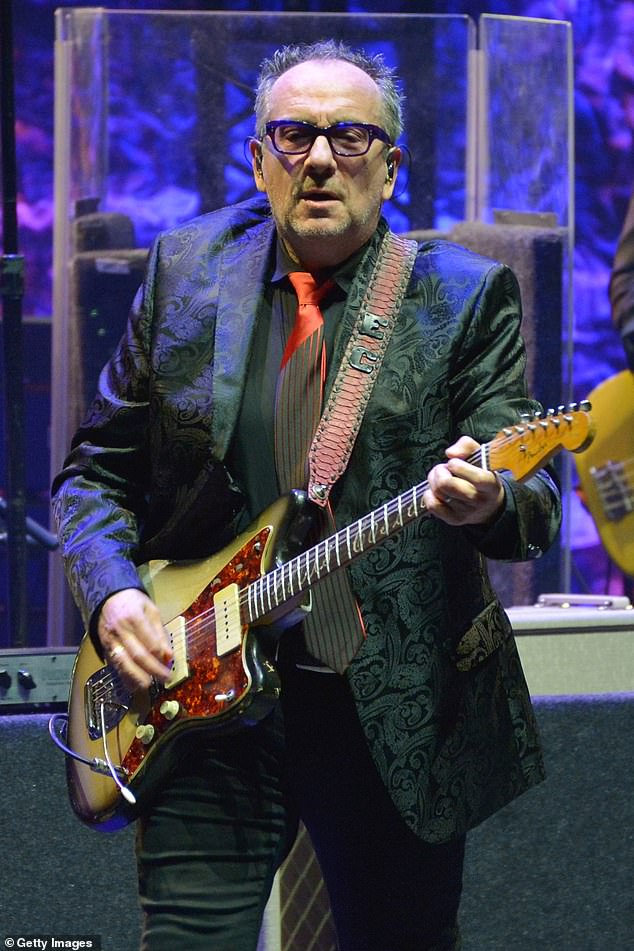 Teaming up with his long-term collaborator Sebastian Krys, an Argentinian studio whizz, Elvis Costello has gone back to his brilliant 1978 LP This Year’s Model and remade it entirely in Spanish

That sparked a dream in which he heard This Year’s Model, a raw and energetic album dating back to the punk era, performed in Spanish. With Krys assembling the singers, his bizarre dream is now a reality.

The original record contained many of his most memorable songs, and some of his initial backing vocals remain intact here. He joins Colombian star Juanes on the frenetic Pump It Up, now extended to incorporate a long-lost contribution by Clash guitarist Mick Jones (who also plays on Big Tears).

Texan singer Nina Diaz shines on No Action, now lengthened to accommodate a fierce drum solo by Pete Thomas of The Attractions, while the language barrier is no obstacle to La Marisoul, one of several women singers here, on Little Triggers.

There are moments when those who grew up with This Year’s Model will hanker for the original takes. For that, there’s also a re-master of the 1978 album on CD and vinyl. Costello himself maintains his habit of making bold moves. ‘I think my audience is used to surprises by now,’ he says. This new Modelo Española certainly fits that bill.

When it emerged in 1991, Metallica’s self-titled fifth album introduced a new generation to heavy rock. Produced with a radio-friendly veneer that alienated a few die-hards, The Black Album (as it became known) combined the churning riffs of frontman James Hetfield and guitarist Kirk Hammett with softer ballads.

To mark its 30th anniversary, the Los Angeles band have re-mastered the original LP — and also overseen a mammoth tribute that sees its 12 tracks covered by 53 different acts, including DJs, country singers, punks, rappers, and classical virtuosos. With all proceeds going to various charities, it’s a colossal homage… and, at a shade over four hours, a very long one.

The original Black Album’s big singles prove particularly popular. Enter Sandman appears six times, with Weezer’s crunchy version the pick, while The Unforgiven occurs on seven different occasions, with Sam Fender (a tender piano take) and Jason Isbell And The 400 Unit (a rollicking country hoedown) both putting their own stamp on the hard-hitting ballad. 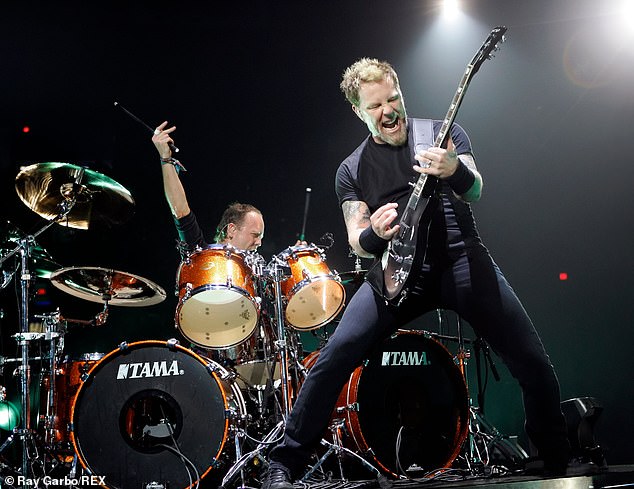 Punk acts The Chats and Pup cover Holier Than Thou, and there are 12 versions of Nothing Else Matters.

Devised by Hetfield as a long-distance love letter to his girlfriend, the song is included as an overwrought ballad (Miley Cyrus and Elton John), touching indie-pop lament (Phoebe Bridgers) and classical instrumental (Russian pianist Igor Levit).

With so many songs cropping up multiple times, it’s a record to dip into rather than wade through in full. But there’s something for everyone.

And with acts from Mongolia, Australia, India, Africa and South America on board, it’s a remarkable testament to the range of Metallica’s appeal.