During their longtime marriage, Amy Robach and Andrew Shue, have enjoyed many happy family moments. But as they’re relationship appears to come to an end, following her relationship with co-host, T.J. Holmes, Andrew will be seeking support from those closest to him.

This includes his famous sister, Elisabeth Shue, who both Amy and Andrew have a close bond with.

The Back to the Future star is the older sister of Andrew – something many fans were unaware of.

Last year, Amy delighted fans by helping to promote her sister-in-law’s show and she added a snapshot alongside Elisabeth on Instagram.

Her social media followers rushed to comment and added: “She’s your sister in law? Wow,” while a second added: “Related? Nice,” and a third said: “I didn’t realize you were related.”

However, it’ll be Elisabeth helping her brother now, as they navigate the messy breakup in the public eye.

While Amy and Andrew’s relationship looked picture perfect from the outside, only six months ago, the TV host admitted that they started fighting on their wedding night.

Amy told The Doctors’ TV show about how at first, she and Andrew attracted as opposites, but then they “attacked”. She further explained the situation in the video which can be seen above.

The couple wed just ten months after meeting at a book signing in 2009, and Amy revealed that it was difficult for her and Andrew to trust each other, especially when it came to their kids.

“A lot of it became about communication with each other, trusting each other – you had my back, I had your back – and that by doing so we would make the best decision for the kids together,” she explained. 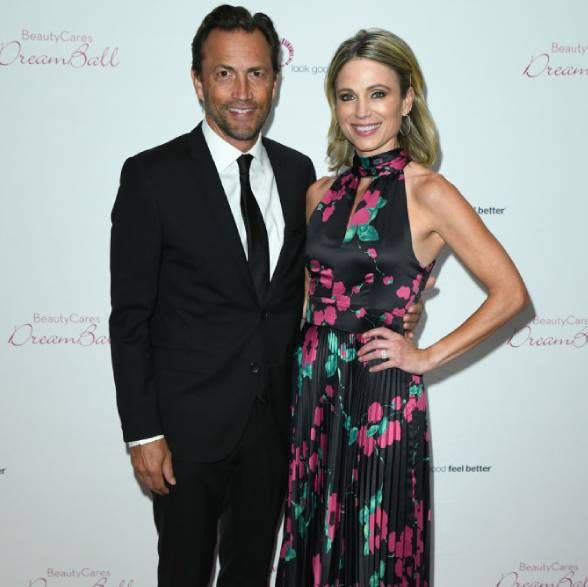 Amy and Andrew have been married for 12 years

“I think it was hard to trust each other to make decisions for our kids.”

Despite Amy admitting that “almost all of our disagreements were over parenting,” she’s often spoken about their blended family with her two daughters and his three sons.

“That was the one thing that was easy, actually, and I think that’s why we were willing to jump into marriage so quickly,” Amy has confessed. “We knew we were madly in love with each other, but our kids got along really well.