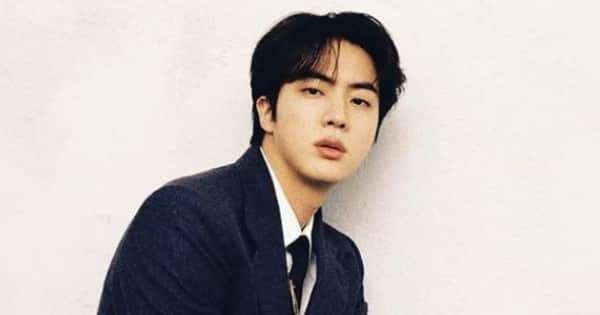 The most popular South Korean pop band BTS is currently seen setting the stage on fire with their BTS PERMISSION TO DANCE ON STAGE-LAS VEGAS concert. During the conference, Jin was asked a question about receiving special military treatment. Jin responded, “I talked a lot with the company about the military service issue. I talked about leaving it up to the company as much as possible. The company’s decision is as good as my decision”.

Last November, the National Assembly deliberated on a bill to amend the Military Service Act to allow pop culture artists who contribute to the promotion of nation pressure to replace military sevice as art and sports personnel. Well, the bill has been temporarily suspended. To this HYBE stated, “Our artists are entrusting the company with issues related to military service. They have repeatedly emphasized that they will respond to the call of the country. The company is monitoring the matter very carefully. We will do our best to come to a useful decision. It is true that uncertainty causes difficulties, so we hope that a conclusion will be reached as soon as possible”.

On the work front, BTS members are setting the temperature soaring with their concert in Las Vegas at the Allegiant Stadium and are having the best time of their lives as they are connecting with their global fans.