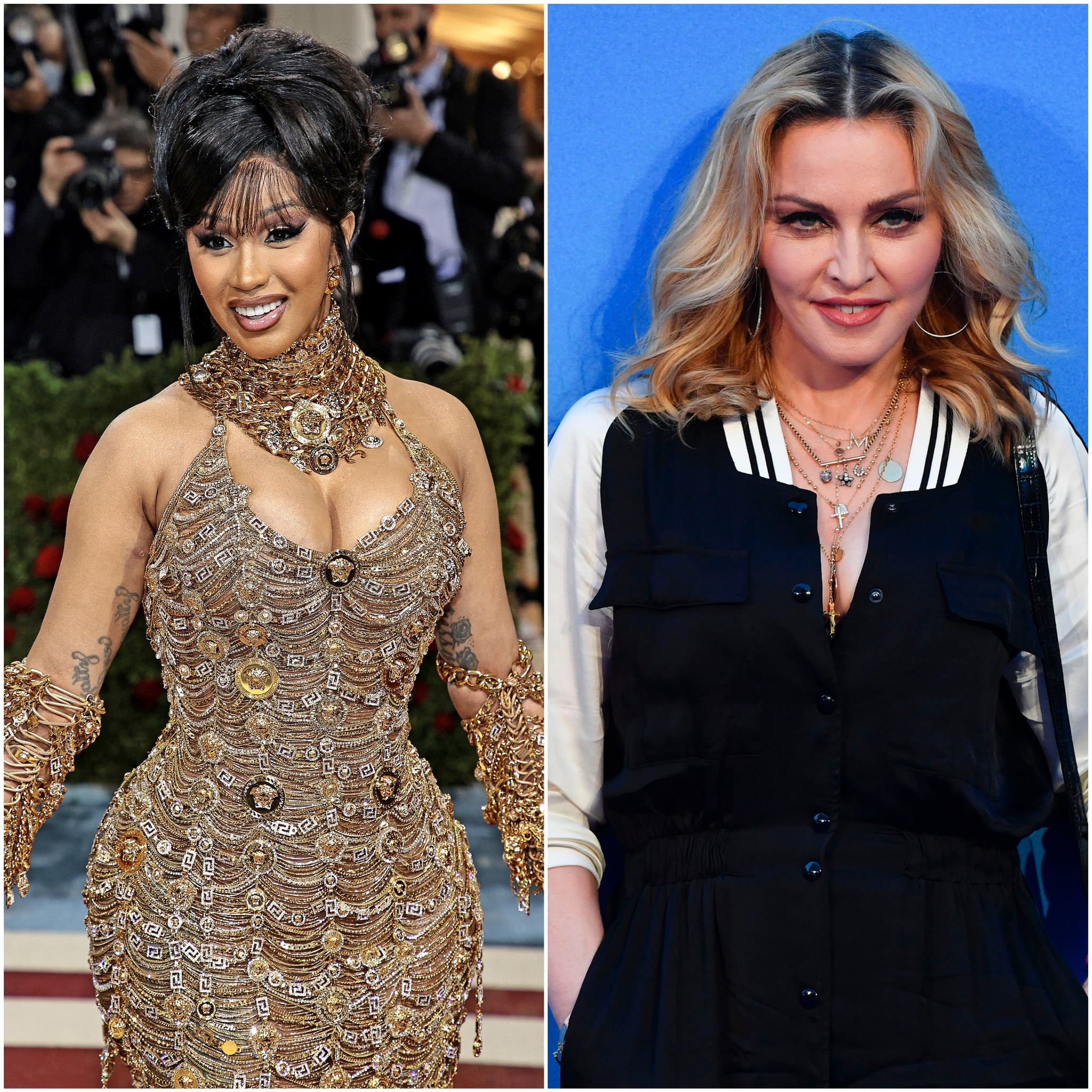 A clown emoji temporarily sparked drama between Cardi B and Madonna on Sunday. The issue began when Madonna mentioned Cardi B and posted a clown emoji while referencing the criticism she faced for her 1992 book, “Sex.” The “Like a Virgin” singer shared a post to her Instagram Stories on Saturday to mark the 30th anniversary of her book and claim she opened the door for modern female artists to express their sexuality more freely.

“In addition to photos of me naked, there were photos of men kissing men, woman kissing woman, and me kissing everyone,” she wrote. “I also wrote about my sexual fantasies and shared my point of view about sexuality in an ironic way. I spent the next few years being interviewed by narrow minded people who tried to shame me for empowering myself as a woman. I was called a whore, a witch, a heretic and the devil. Now Cardi B can sing about her WAP. Kim Kardashian can grace the cover of any magazine with her naked ass and Miley Cyrus can come in like a wrecking ball.”

She concluded the post with, “You’re welcome b*tches,” which she punctuated with a clown emoji. In a since deleted tweet, Cardi B shared how disappointed she was to see one of her favorite artists use a clown emoji while talking about her. “I literally payed this woman homage so many times cause I grew up listening to her,” she tweeted on Sunday, as reported by E! News. “She can make her point without putting clown emojis and getting slick out the mouth ..These icons really become disappointments once u make it in the industry that’s why I keep to myself.”

Not long after the “WAP” rapper shared her tweet, Cardi B revealed on Twitter that she and Madonna had cleared the air. “I talked to Madonna … It was beautiful 🥲….Have a great day and drive safely yallll😘,” she tweeted. Meanwhile, Madonna made it clear she has nothing but love for Cardi B.

“I love you @iamcardib!!,” Madonna tweeted. “Always have and always will.” Cardi B shared the “Vogue” singer’s tweet and added, “Love you ❤️.”