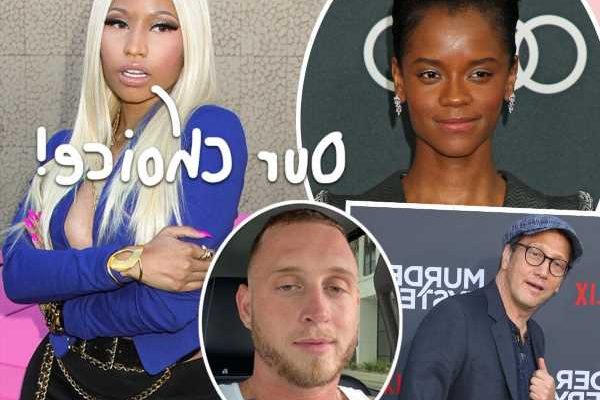 Nicki Minaj made heads turn on social media Monday by making radical claims her cousin’s friend had received the COVID-19 vaccine in Trinidad and became “impotent” and suffered swollen testicles.

As a result of that misinformation about the coronavirus vaccine and its possible symptoms, Twitter (and medical professionals) BLASTED the singer, who skipped out on the 2021 Met Gala because she was unwilling to get vaccinated. The whole ordeal has us recalling all the many celebrities who are in the same leaky boat as the rapper — avoiding the scientifically proven vaccine and instead relying on their own research. As if a few minutes of skimming testimonials on Facebook or listening to right wing radio shows is equivalent to the years of study in the field of epidemiology that doctors have done. *Sigh*

Why have these stars have resisted getting the CDC-recommended (and now FDA-approved) shot. Find out in our guide to the misguided (below)! 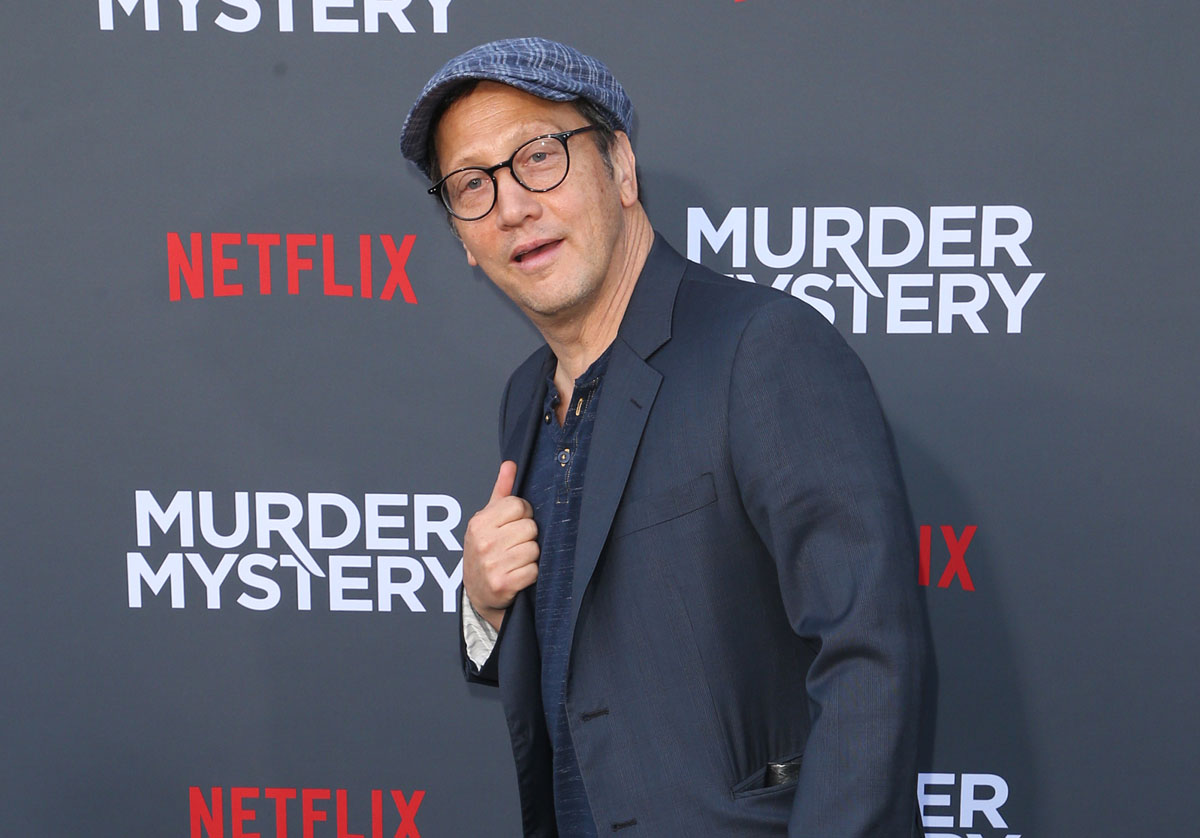 Actor Rob Schneider has been unhappy about social distancing ever since the pandemic struck the world. After worrying the government will eventually enforce the vaccine by going “door to door,” he told followers on Twitter in July:

“Just say no…And keep saying no…Over Half of the US population is continuing to say no to this unapproved experimental gene therapy! ‘My body, my choice!’”

He also argued people should have “free informed choice and human rights” when it comes to “experimental treatments with limited safety data.” 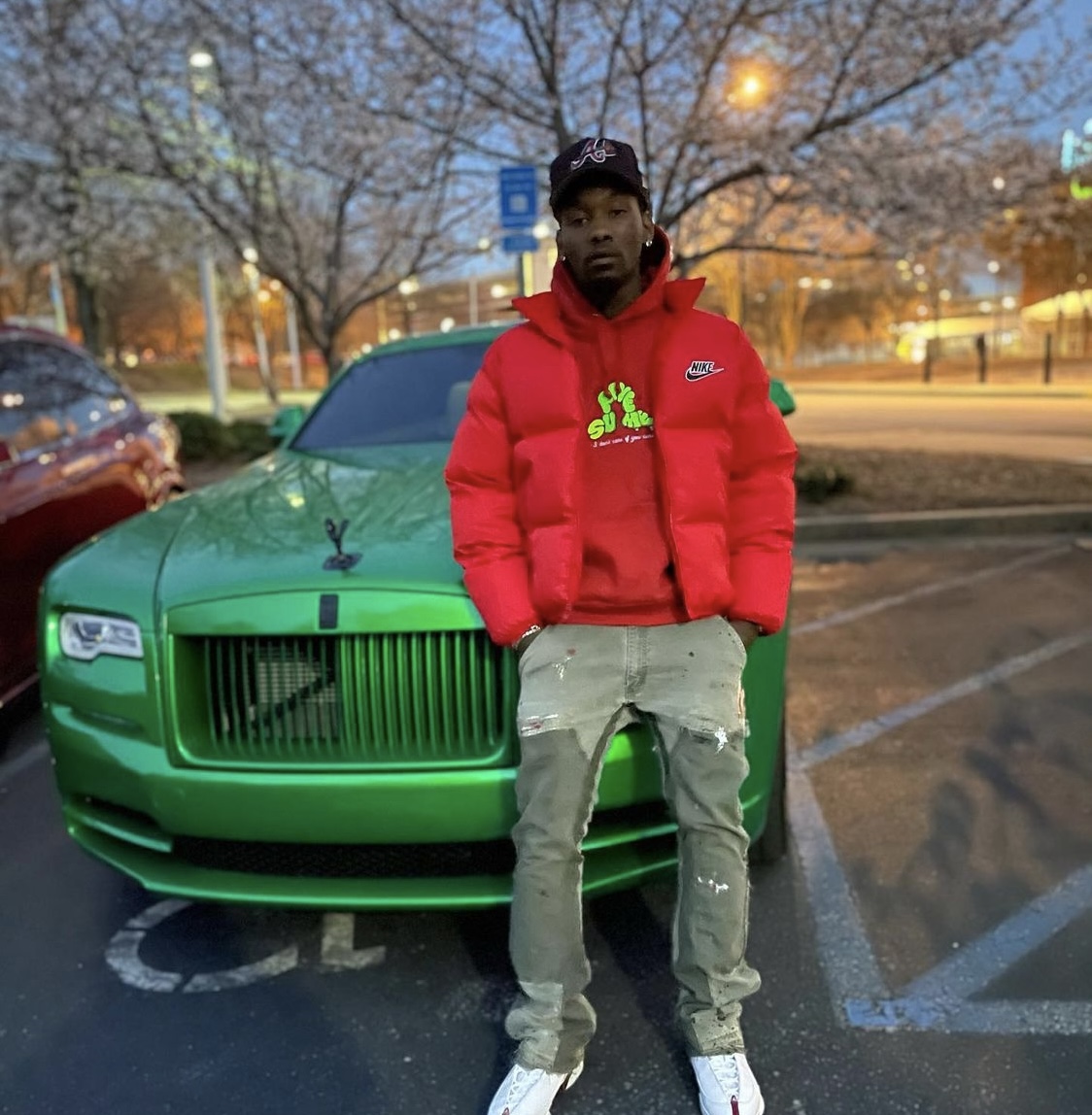 This Migos member “doesn’t trust” the vaccine. In December 2020, he told TMZ he had no interest in being a “test dummy,” and those opinions have stayed the same months later. While he might one day get vaxxed, the rapper appears to be waiting for a one-and-done option. He told The Breakfast Club in June:

“You want us to take the shot…but it’s good for 12 months. And nobody really says that it stops. So every year you got to take the shot at this point…I’m not tryna be a lab rat, man.”

Let us remind you that there are plenty of shots that must be taken annually to remain effective, such as the flu shot, and they’re perfectly safe. They may be inconvenient, but then again so is being laid up with the flu for a few days. 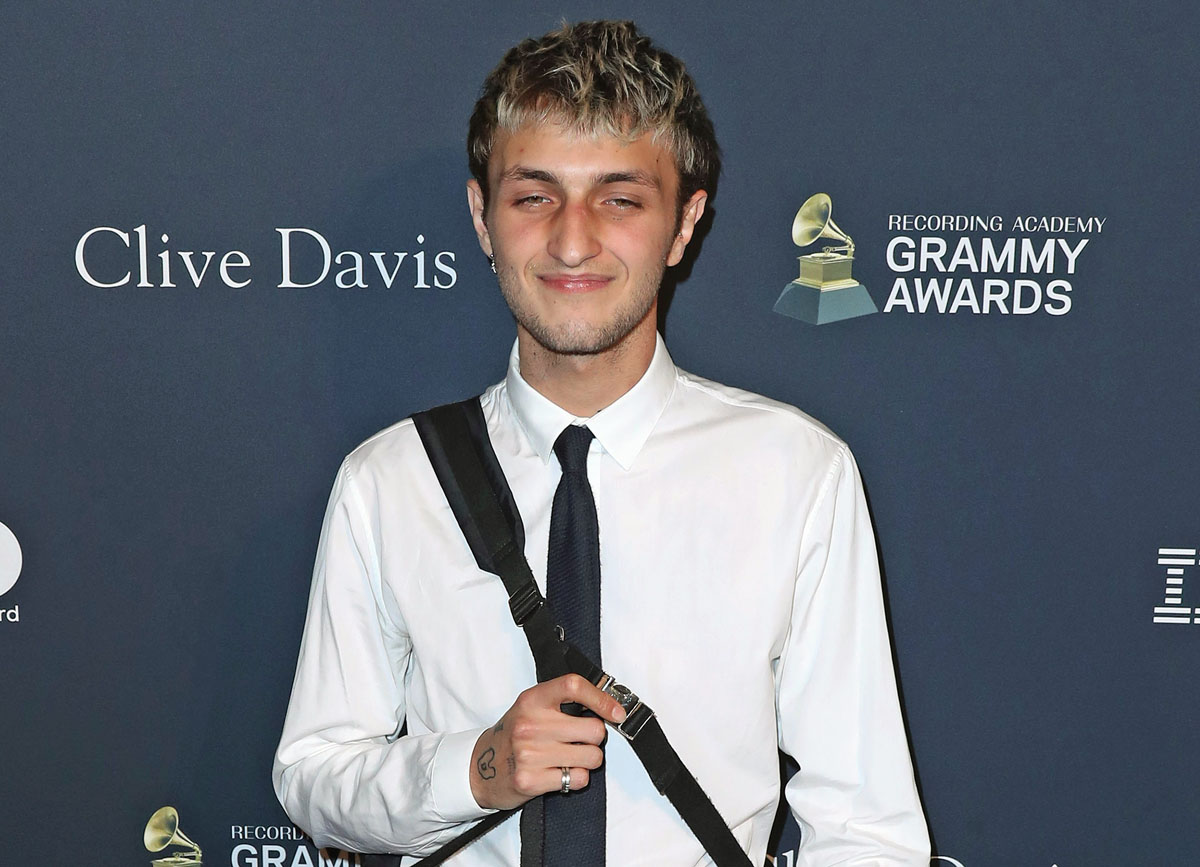 Bella and Gigi Hadid’s younger brother Anwar Hadid told Instagram followers he’s “absolutely not” getting vaccinated. The boyfriend of Dua Lipa claimed his faith in God would protect him from potentially life-threatening consequences of the virus, saying during a Q&A:

“Either I just don’t get it or I get it and God willing heal from it and get antibodies rather than do that process unnaturally, our bodies are made by the creator to do way more than we think.”

He added of those with comprised immune systems, including himself:

“I’m not ‘anti vax,’ I think everyone has to be careful with each vaccine individually, looking at positive and possible negative effects. I have taken vaccines before but as someone who has had a compromised immune system, I want to continue to learn about the many ways I can protect myself and others.”

We will never understand why there has to be a rift between science and religion. Why would someone think God didn’t want them to get vaccinated? Leaving it up to divine will — at the cost of taking basic precautions? By that same logic, why look both ways when you cross the road? 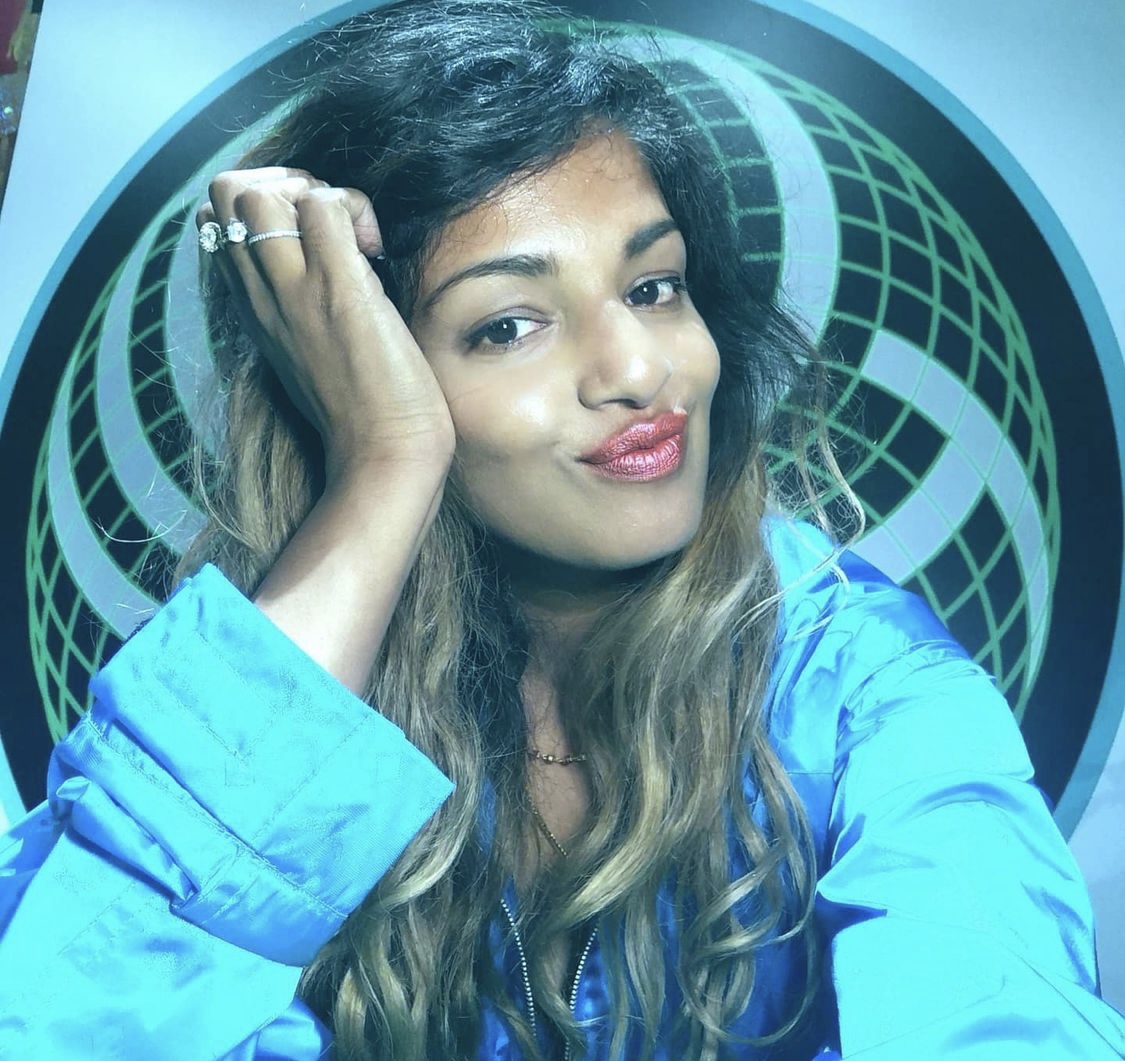 Musician M.I.A. would sadly rather die than get the vaccine. Claiming she’s “not against vaccines,” the 46-year-old English singer said she’s against the thought of a mandatory vaccine passport and that she wishes the important medication wasn’t funded by banks, tech companies, or the hedge fund sector. She wrote:

“If I have to choose the vaccine or chip I’m gonna choose death. You are fine. All the vaccines you’ve already had is enough to see you through.” 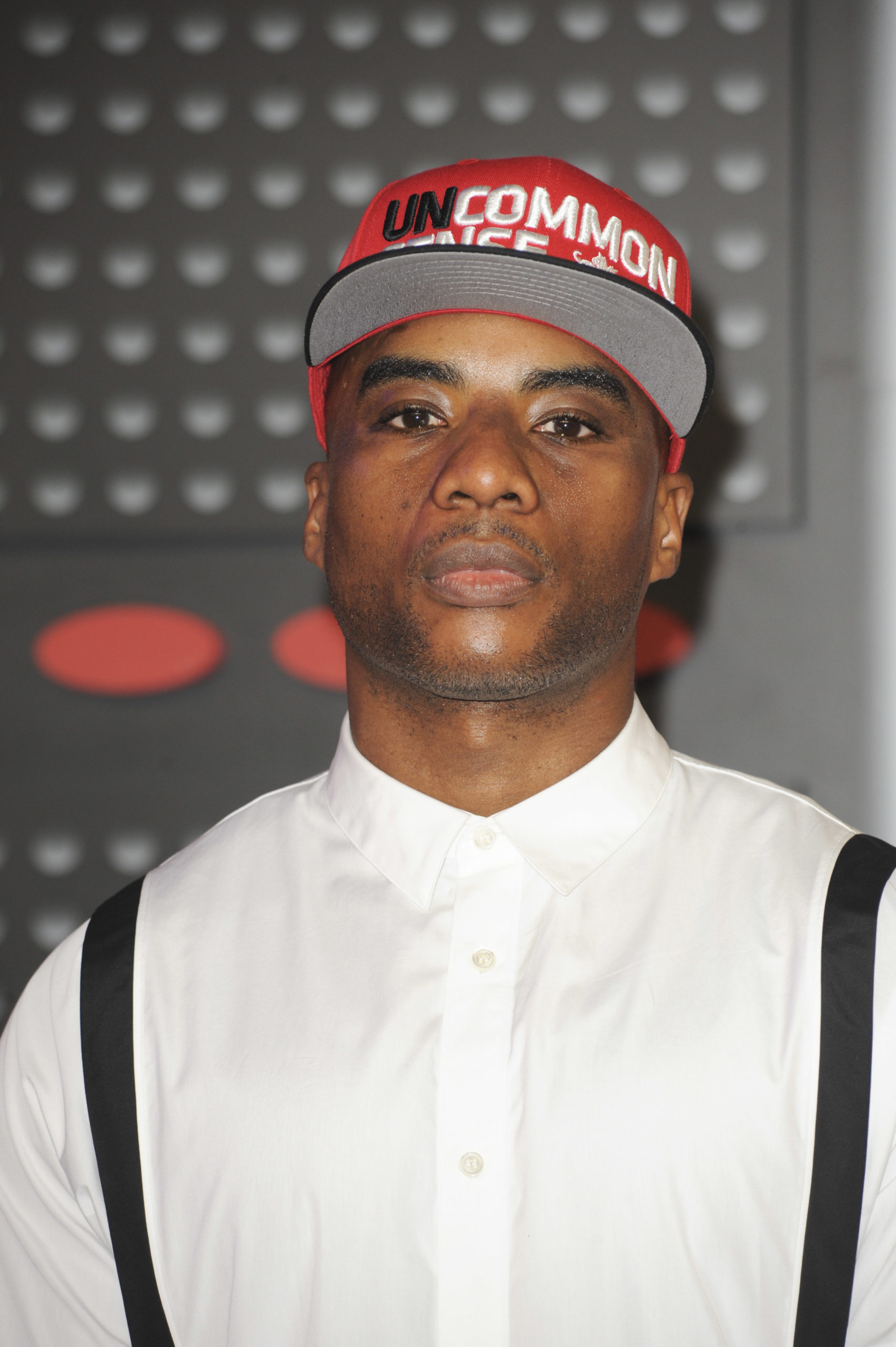 Charlamagne tha God told listens of his radio show that he’s not anti-vax, but he’s hesitant to get the shot because of inconsistency with the way the government has handled “any other issue in the Black community” in the past compared to now, saying on air in June:

“I’m not an anti-vaxxer. I’m just hesitant because I’ve never seen them in a rush to remedy any other issue in the Black community whether it’s poverty, police brutality or f**cked up schools.”

He isn’t wrong about that. But this isn’t an issue specific to the Black community, it’s a global pandemic. The vaccine isn’t a trick, it’s just the best we can do to keep everyone as safe as possible right now. 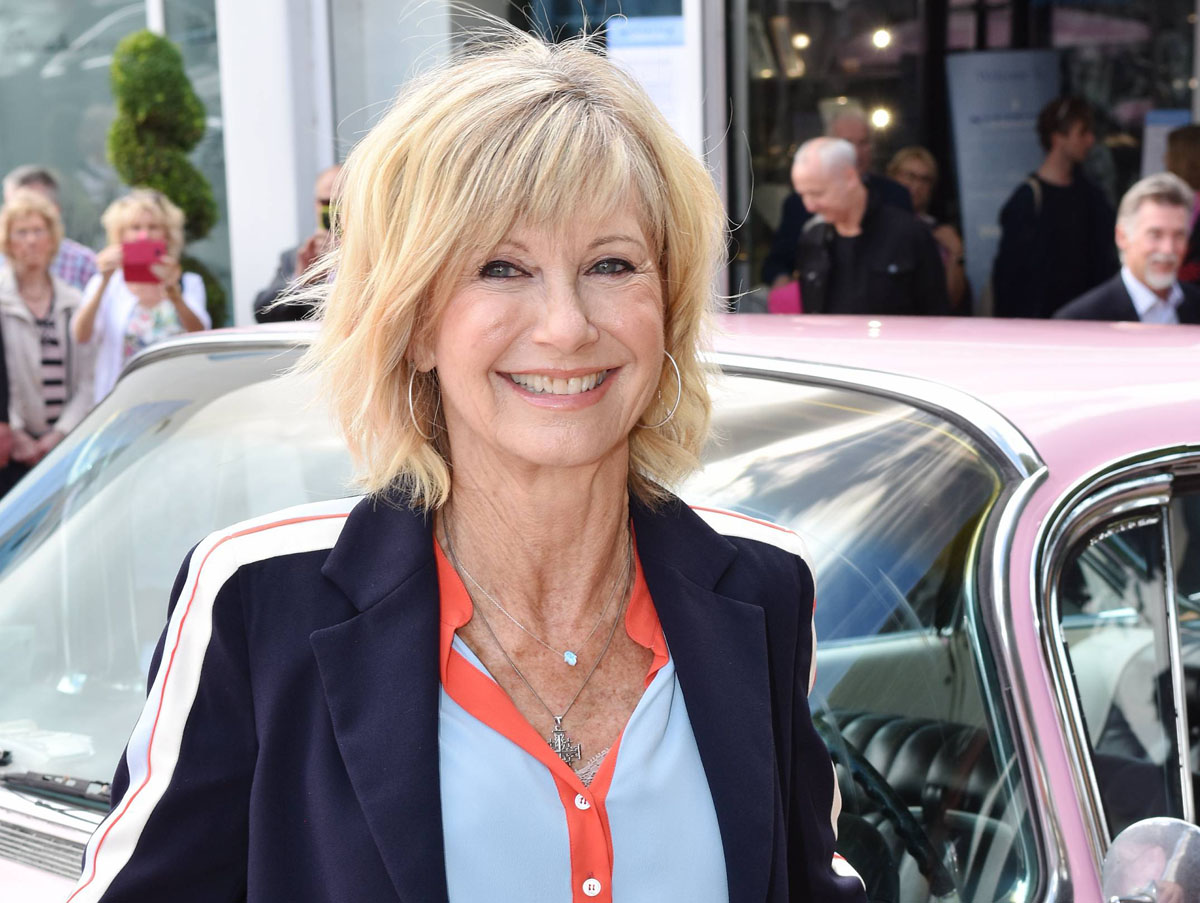 You’d think someone fighting stage 4 breast cancer might be eager to get the vaccine when they can to protect them from a sickness that affects those with weak immune systems especially hard, but Olivia Newton-John is not one of those people. While doing an interview with her daughter Chloe (who is also refusing to get vaccinated), the singer-songwriter said:

“I’m not an anti-vaxxer. I’m anti putting mercury and pesticides in my body, which are in a lot of vaccines. To me real medicine is what comes from the earth. I think people trust vaccines because the doctor says it is safe, I used to.”

Well… yes. In a pandemic, we rely on the epidemiologists’ expertise. This notion that that is the daft thing to do is… We don’t even know. 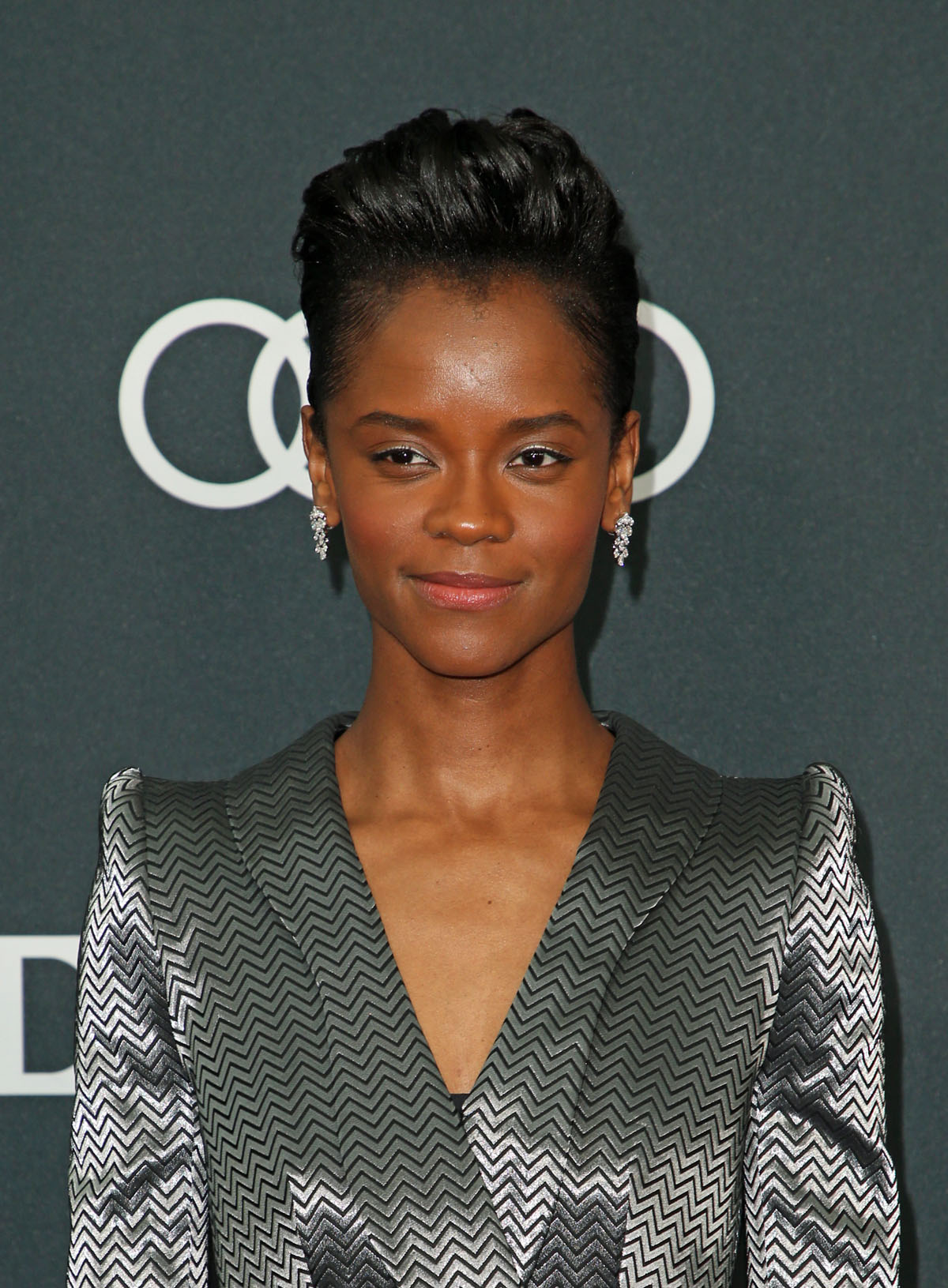 Black Panther star Letitia Wright caused an online debate when she posted a now-deleted tweet that included a video of someone who was definitely NOT a medical professional making wrong claims about the vaccination. She later denounced cancel culture and insisted she had the right to be “thinking for” herself and “to worry about how body will react” to the shot. She added:

“My intention was not to hurt anyone, my ONLY intention of posting the video was it raised my concerns with what the vaccine contains and what we are putting in our bodies. Nothing else.” 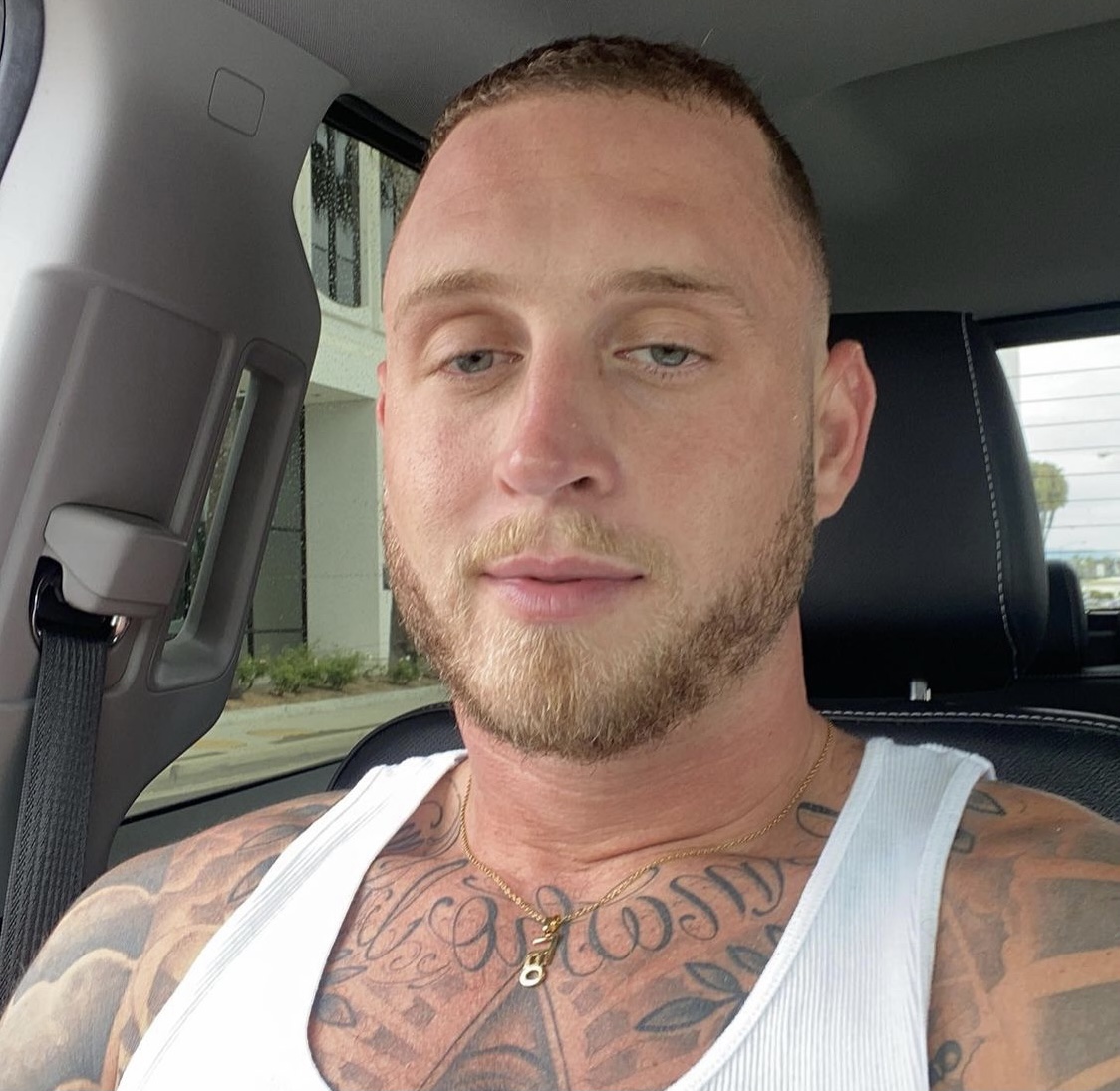 The son of Tom Hanks and Rita Wilson took the complete opposite approach to coronavirus than his famous parents who were some of the first celebs to grow sick. After making many controversial claims, he appeared on IG to make a joke of the virus, first claiming he had gotten the shot before revealing:

“Psych, b**ch! If it ain’t broke don’t fix it. I ain’t never had COVID. You ain’t stickin’ me with that motherf**kin’ needle. It’s the motherf**kin’ flu. Get over it, okay? If you’re sick, stay inside. Why we working around y’all? If you’re in danger, stay your ass inside. I’m tired of wearing a motherf**kin’ mask.”

So his solution is that anyone with a compromised immune system should just become a permanent shut-in? Very thoughtful and not at all selfish… 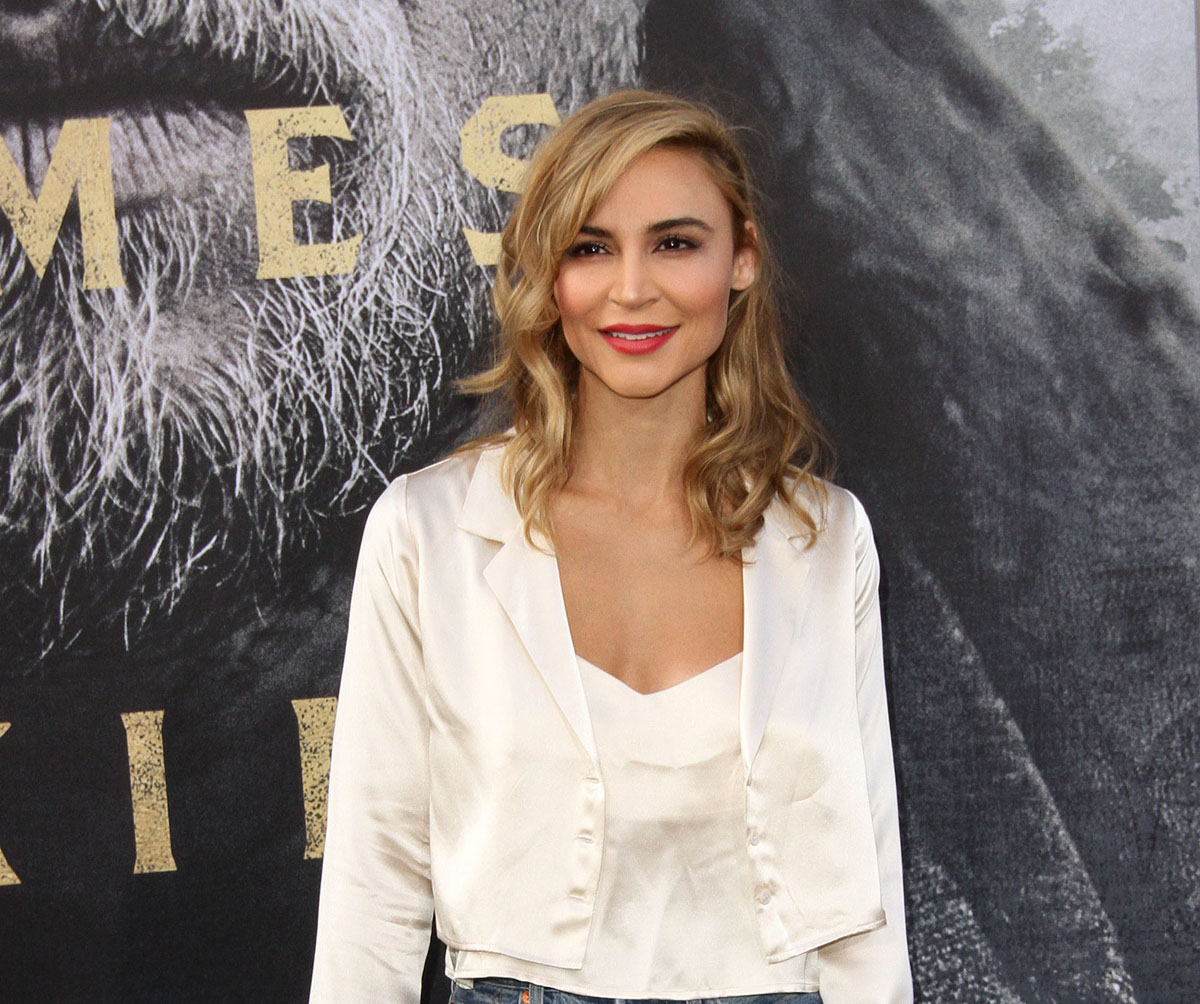 The O.C. star Samaire Armstrong has made some strong comments against the vaccination, calling it an “untested shot made by criminals”! Denying the severity of the virus on seemingly healthy individuals, the actress tweeted:

“I’ve said this before and I’ll say it again; I will never understand a healthy person with zero likelihood of severe illness from a flu variant that has a 99.9% survival rate, inject themself with an untested shot made by criminals, because a stranger is urging them to.”

Yes, they are “strangers.” So are the people who drive our buses and prepare our food. Trusting strangers to do their jobs is part of living in a society. 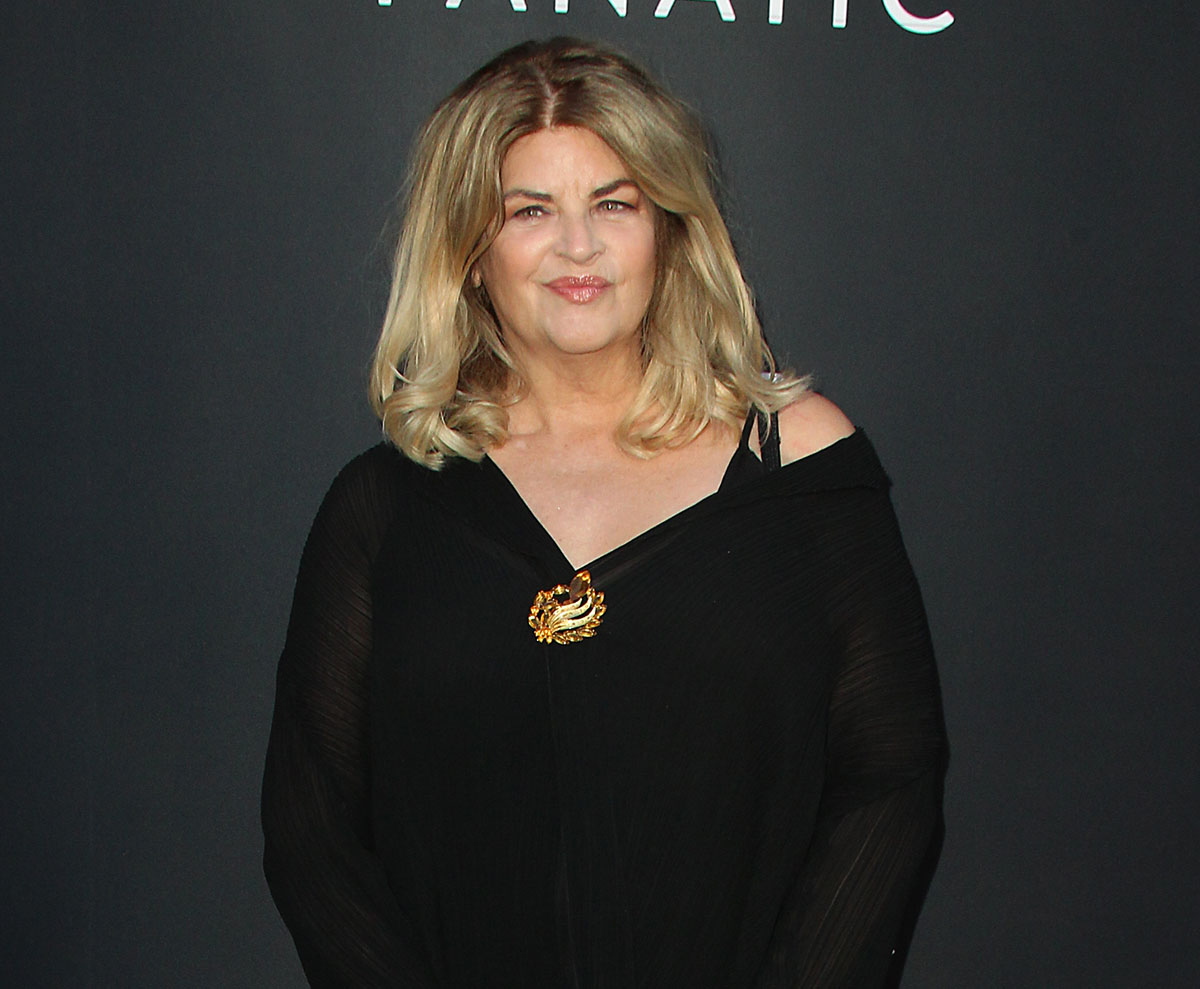 Cheers alum Kirstie Alley is all for the people’s right to choose, speaking out against the vaccine and the possible vaccine passport (especially because she doesn’t like that those who have gotten vaccinated are still getting sick, ignoring the fact they’re getting better faster and far less likely to suffer severe symptoms and death). Having contracted COVID herself, she said she had not gotten vaccinated because she has “antibodies,” adding:

“YOU get a vaccine if YOU want one.. don’t ever ever agree to FORCED vaccinations. Remember? IT’s YOUR BODY. Right LADIES?”

Wow… A lot to digest there, we know.

Clearly there is still a lot of vaccine hesitancy around the nation, and all the misinformation that celebrities are both consuming and helping to spread doesn’t help.

Here are a few celebs who have proudly gotten the shot — and can’t wait to encourage others to do the same! From superheroes to fictional politicians, feel better about Hollywood’s elites with some of the most hopeful social media posts of the year!

And, of course, the humble hero herself — Dolly Parton! She not only got the vaccine but helped funded (in the form of a million bucks) important development that resulted in the Moderna vaccine! Love it!

Reactions, Perezcious readers?? Let us know in the comments (below)! 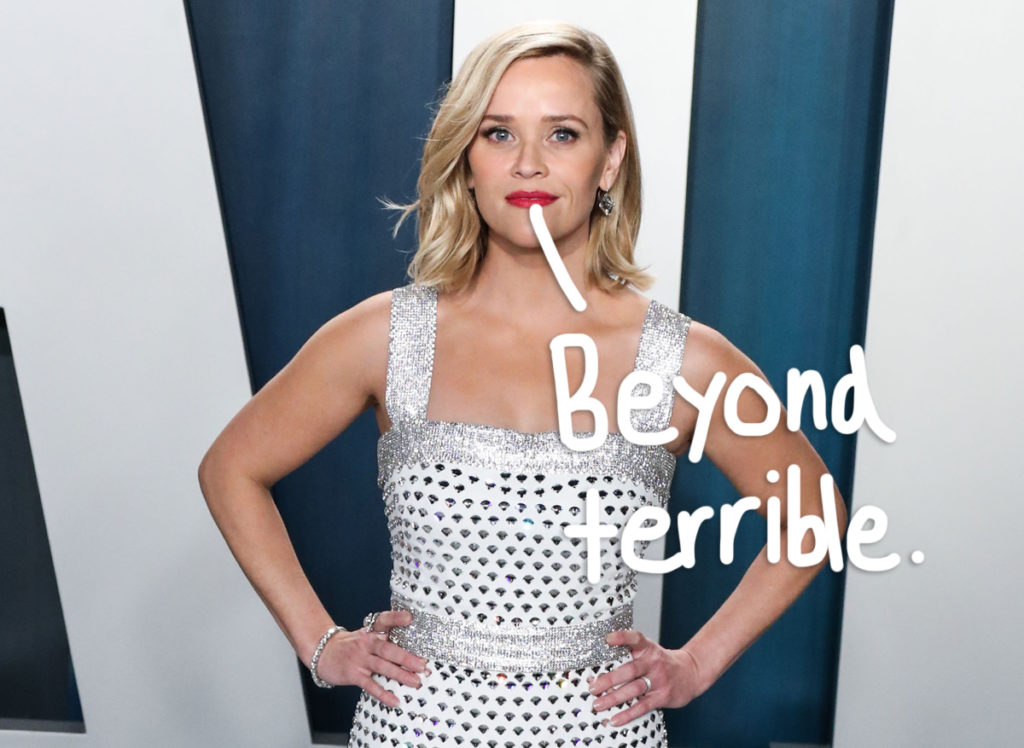 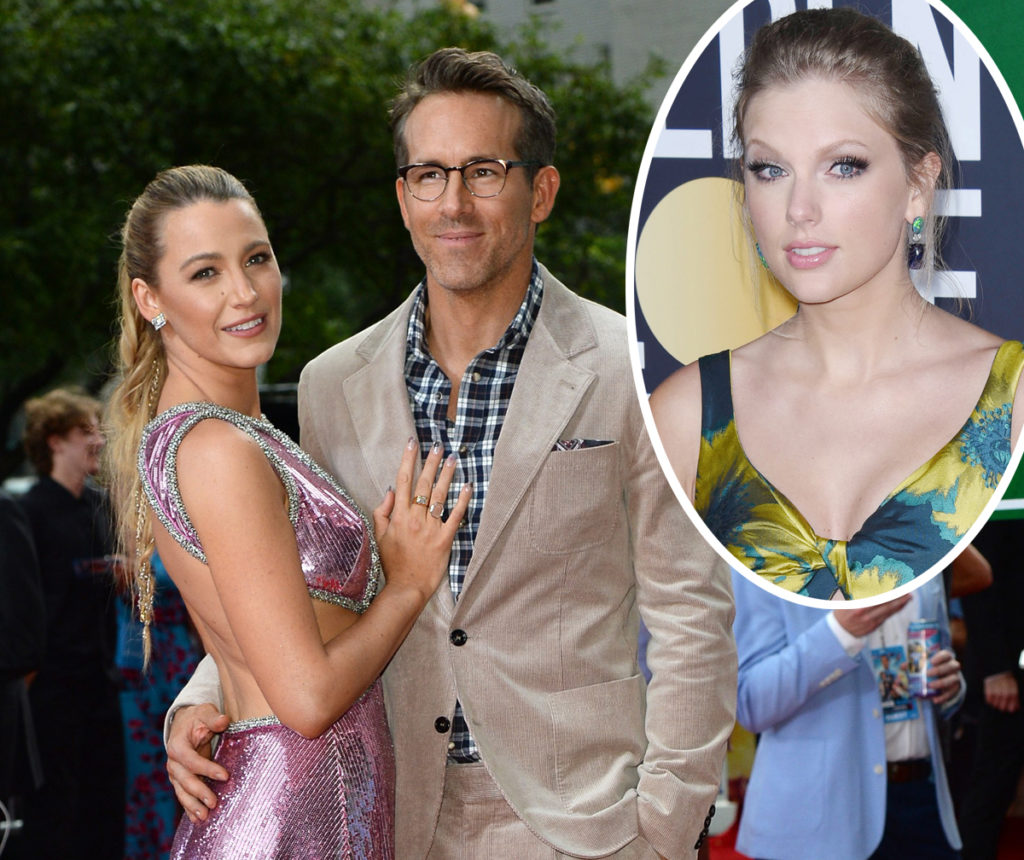 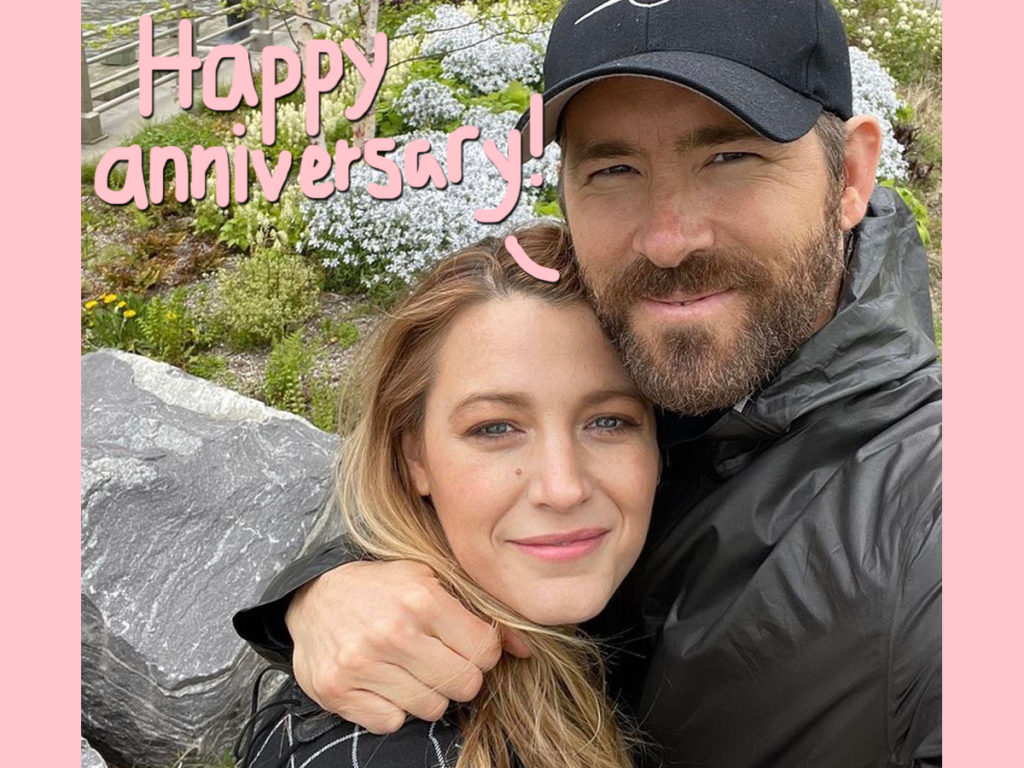