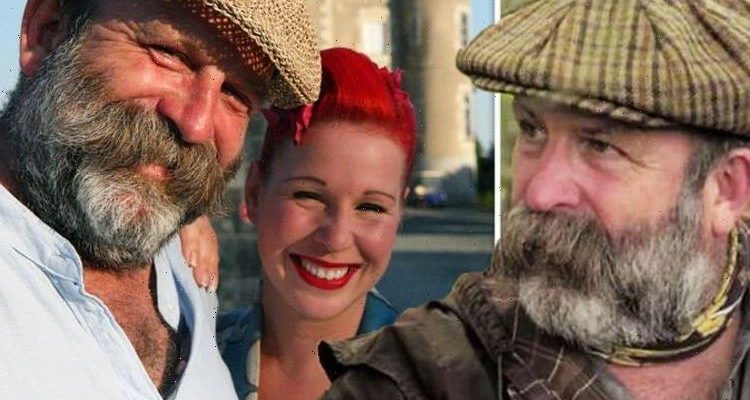 Escape to the Chateau’s Dick Strawbridge discusses the future

Escape to the Chateau’s Dick Strawbridge has penned an emotional tribute to his wife Angel Adoree on their sixth wedding anniversary. Taking to social media, the star, 62, told how their relationship “didn’t make any sense” due to their 19-year age gap, but he celebrated how they “somehow” made it work and went on to have two children while living their dream in a Chateau in France.

To be honest, it didn’t make any sense

In view of their 182,000 followers, the couple marked their milestone wedding anniversary on Instagram.

“Dick has some lovely memories to share on their special day…”

The patriarch of the Strawbridge family went on to pen a sweet tribute to his wife Angel, celebrating their 11-year relationship.

He wrote: “Today is our 6th Wedding Anniversary and it was 11 years ago today I had my first date with this truly amazing lady.”

Revealing how they met, Dick said: “We had briefly met at a friend’s birthday party and had arranged for Angela to come to a pop up restaurant I was hosting in London.

“After the meal we were oblivious of anyone else, we chatted, and we then spent a wonderful evening together….”

The star went on to reveal that he would travel to London during his spare time to see Angel, before admitting that they both fell head over heals “very quickly”.

Dick went on: “Thereafter, I kept popping up to London whenever we had any free time and Cupid did his thing as we fell in love very quickly.”

However, reflecting on their relationship, the star said that “it didn’t make sense” but went on to make their partnership work.

He explained: “To be honest, it didn’t make any sense, I was the wrong side of 50 and Angela was young and beautiful, but somehow we worked as a couple and now, years later, we have two beautiful children and live in a Chateau.

“We know how lucky we are but If I was to be asked how come?

The star had previously told how he was instantly smitten upon meeting flame-haired Angel.

Dick said: “The first thing I saw when I met Angel – I call her Angela – was her smile.

“It’s phenomenal,” he told The Times.

The former British Army lieutenant had been single for six years having separated from his first wife Brigit, who he has adult children James, 36, and Charlotte, 34, with.

Angel and Dick went on to have Arthur and Dorothy together.