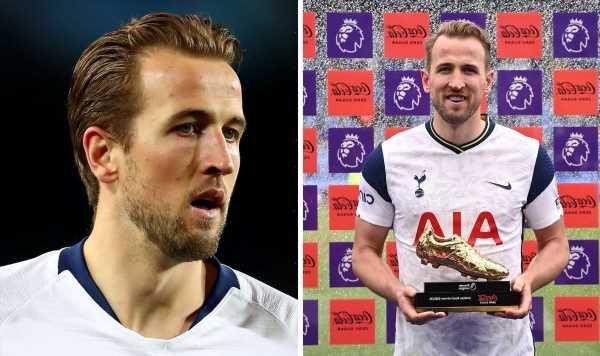 The 28-year-old was once again England’s saviour on Tuesday night when he converted a late penalty against Germany, ensuring his side claimed a point in their latest UEFA Nations League match. A draw against their old enemy means England remain bottom of their group, following their loss to Hungary last week, and Italy securing a victory and a draw in their two games. For Kane, the goal saw him pull one goal clear of Sir Bobby Charlton, who had been England’s highest goalscorer for decades until Wayne Rooney surpassed the World Cup winner.

Kane, who plays for Tottenham Hotspur in the Premier League, is likely to pass Rooney this year, with England still to play a number of fixtures, and a World Cup before 2022 ends.

And while his exploits on the pitch are often highly regarded, Kane’s wealth is not.

According to Wealthy Gorilla, Kane is now worth an incredible £40million.

The majority of his wealth has come as a result of the lucrative contracts he has continually signed with Tottenham.

Since making his debut for Tottenham in 2011, Kane has won three Premier League Golden Boots, for being the division’s highest goal scorer.

This drew comparisons with French legend Thierry Henry, who he mirrored in the 2020/21 season when he clinched the Golden Boot and best player awards.

In 2018, Kane signed a five-year deal with Tottenham, which meant the striker earned around £200,000 per week.

This means his annual income is around £10.4million each, and a report by Spanish newspaper Marca noted that his personal investments were now worth around £13.6m.

JUST IN: Lineker critical of Southgate decision as England draw with Germany

Alongside this, Marca added, was a car collection worth approximately £1.6million.

Kane’s long-term future at Tottenham had previously been in doubt, as the star admitted he wanted to win trophies in his career.

Tottenham’s last trophy was won in 2008, and since then they have failed to land a single title, despite amassing a squad capable of challenging for honours.

Manchester City was among a host of clubs looking to purchase Kane, but reports say the star is now ready to stay with the North London club after an improvement in recent form.

Led by new boss Antonio Conte, Tottenham secured fourth place in the Premier League, and with it qualification to Europe’s biggest competition, the Champions League.

The Evening Standard claims this could mean he even signs another long-term deal with Tottenham.

Kane discussed how well his new boss has settled into life in North London.

He told FourFourTwo this year: “Antonio is a really good manager and I’m really enjoying working with him.

“He just brings a real passion, an energy, a real enthusiasm to training and games, and just makes you want to work.

“You want to work hard for him, you want to run for him.”

He added: “He’s won everywhere he’s gone, so you respect him a lot, and I’m just enjoying it.

“I’ve worked with some great managers and he’s another one.

“I feel like my game’s improving under him. Hopefully it continues.”

England next play on Saturday, when they take on Italy at Wembley, in a repeat of last year’s Euro 2020 final.