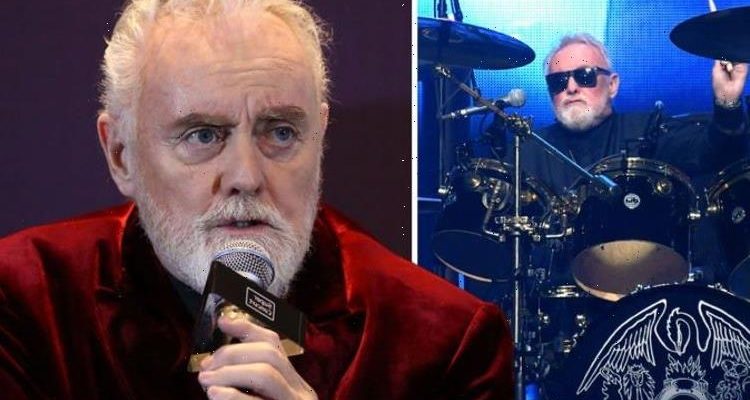 Adam Lambert and Queen perform at the Global Citizen Festival

Roger Taylor made the most of lockdown by recording a solo album, which he is about to go on tour with. The 72-year-old musician will perform new tracks from Outsider, as well as Queen classics in his first live performances outside of the band in two decades.

Ahead of his tour of the country, Roger has blasted anti-vaxxers who refuse to have the Covid vaccination.

He told the PA news agency: “The anti-vaxxers I don’t get. I don’t understand that at all.

“It seems to be born of pure ignorance and an amount of arrogance and the conspiracy theories.

“Of course vaccinations work and we are so lucky to have them, to enable our own bodies to fight the virus.

“I know people that think it is some giant conspiracy. I just don’t understand them and to be honest I just think it is idiotic not to be vaccinated.

“And as for people only doing concerts for people who are not vaccinated, that is even more stupidity,” he continued.

The star, who is double vaccinated himself, said he didn’t understand why people would not want to get jabbed and use a Covid passport in order to keep everyone safe.

Roger went on to say: “I think passports are a great idea and I do think we owe it to everybody else to not spread the damn thing around.”

The drummer has been touring with Queen a great deal over the last 10 years.

The founding member of the band works alongside guitarist Brian May, 74, and singer Adam Lambert, 39.

The legendary rocker said he will continue to perform for as long as he can.

Roger’s solo tour kicks off tomorrow with a gig at Newcastle’s O2 Academy.

A performance at London’s O2 Shepherd’s Bush Empire on October 22 completes the tour.

Of his new release, Roger told fans: “It’s slightly nostalgic and wistful, and quite adult, a bit more grown-up than my last couple of albums.”

Tickets are available to purchase online.

The drummer’s bandmate Brian gave the new album his seal of approval, taking to social media to share an update with his own followers.

“Good luck out there Rog!” he added, in view of his 2.9 Instagram million followers.