The “Aaron’s Party” singer, who is now 33, was defeated by former NBA star Lamar Odom at a celebrity boxing match held at the Showboat in Atlantic City, New Jersey on Friday night.

Odom, 41, an imposing 6-foot-10, was declared the winner after he knocked out Carter, who is 10 inches shorter, in the first round.

One of the most highly anticipated celebrity matches of the year, it came nearly one week after Logan Paul faced off against Floyd Mayweather. 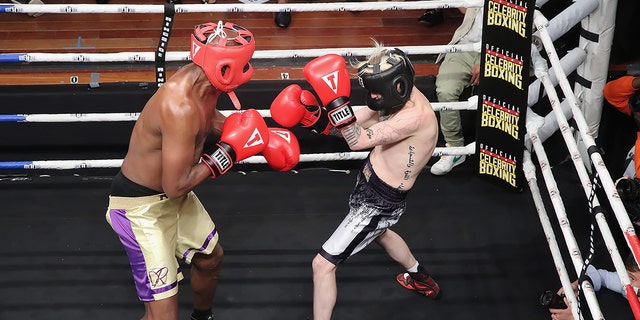 Carter seemed to take his loss in stride. He took to Twitter after the match to share how much fun he had.

“I got punched in the throat so hard lol that s–t was so much fun!!!! I actually had a blast so y’all can say what you want. But I don’t see you at 6’ fighting a giant. Takes a bow*,” Carter wrote.

In another tweet, Carter called the fight his “5 seconds of fame” and praised Odom for being “so strong.”

“I did my best,” Carter added.

Meanwhile, Odom went into the event more than confident. He predicted last month that he’d come out on top within “the first minute” in an interview with TMZ. 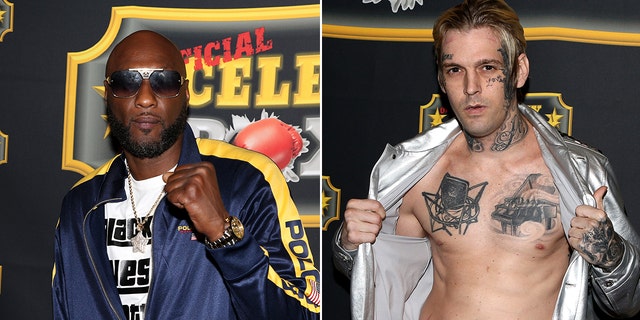 Odom is best known for previously playing professional basketball, most notably on the Los Angeles Lakers. He was also formerly married to Khloe Kardashian

When he and Kardashian split, Odom famously went on a four-day bender and was found unresponsive in Las Vegas, having had numerous strokes, seizures and two instances of his heart stopping. Since then, the star has put in the work to recover, including using the synthetic substance ketamine to help keep him on track.