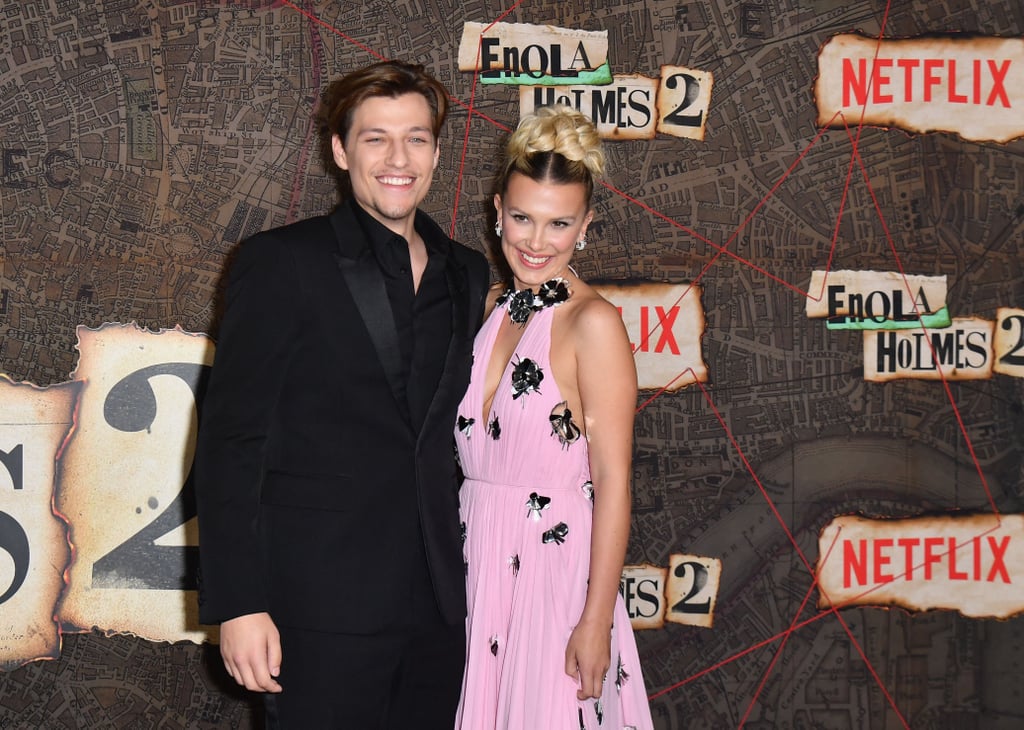 Millie Bobby Brown had the support of boyfriend Jake Bongiovi at the New York premiere of her latest film “Enola Holmes 2” on Thursday night. The couple — who have been dating since the summer of 2021 — exchanged loving looks and held hands while they posed for photos on the red carpet together. Brown also raved about her beau to Entertainment Tonight, saying, “He’s pretty unbelievable.”

“Enola Holmes 2” is the sequel to the 2020 film that was based on author Nancy Springer’s book collection The Enola Holmes Mysteries, specifically the 2006 debut tome, “The Case of the Missing Marquess.” Of the film, Brown told ET, “I think when people, especially when young people, watch the the film, they’re like, ‘Oh, she’s talking to us,’ and it feels like you have a relationship with her, you have a friendship with her. And it really feels like you’re growing on the journey.”