X Factor judge Nicole Scherzinger, 41, confidently posed alongside her ex-boyfriend Lewis Hamilton, 34, in a very plunging dress which drew attention to her chest. The star’s revealing black ensemble, which featured a variety of patterns, also clung on to her incredible physique.

Nicole seemed unfazed about a potential wardrobe malfunction as she posed up a storm for the cameras on the red carpet.

As well as this, the singer oozed glamour with her carefully contoured make-up consisting of brown lipstick and smokey eyeshadow.

In view of the cameras, the singer posed in a variety of positions, ensuring that all eyes were on her jaw-dropping figure. 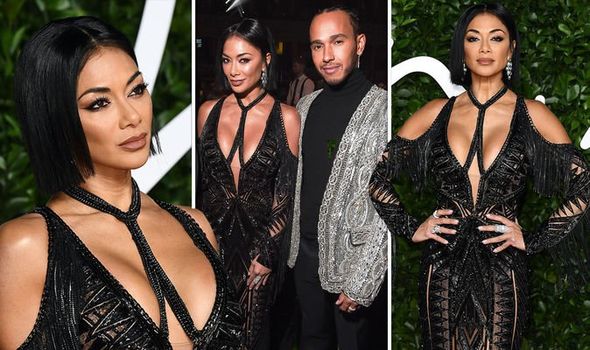 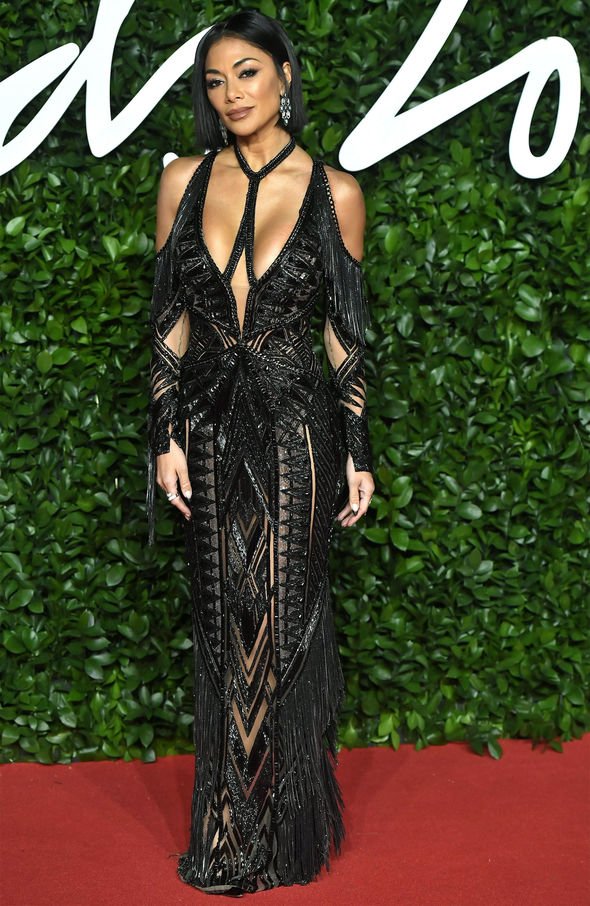 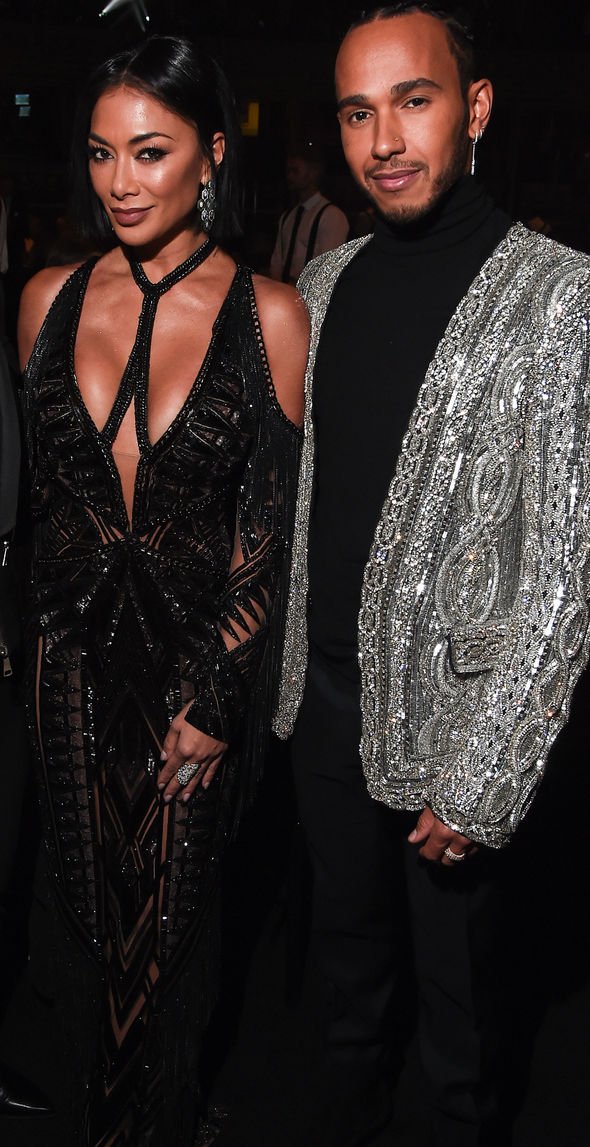 The judge posed alongside her ex-boyfriend Lewis Hamilton, who stood out in a silver blazer.

The pair were in an on-off relationship with seven years before calling it quits for good in 2015.

Nicole’s appearance at the event comes just two days after she wrapped up her judging stint on the X Factor: Celebrity.

The star’s act Jenny Ryan impressed viewers with her vocals, but missed out on the win to Megan McKenna, who was mentored by Louis Walsh.

Despite her act losing, Nicole stole the show with her raunchy performance with her fellow Pussycat Dolls.

The band belted out vocals to some of their greatest hits, but received over 400 complaints about their racy outfits. 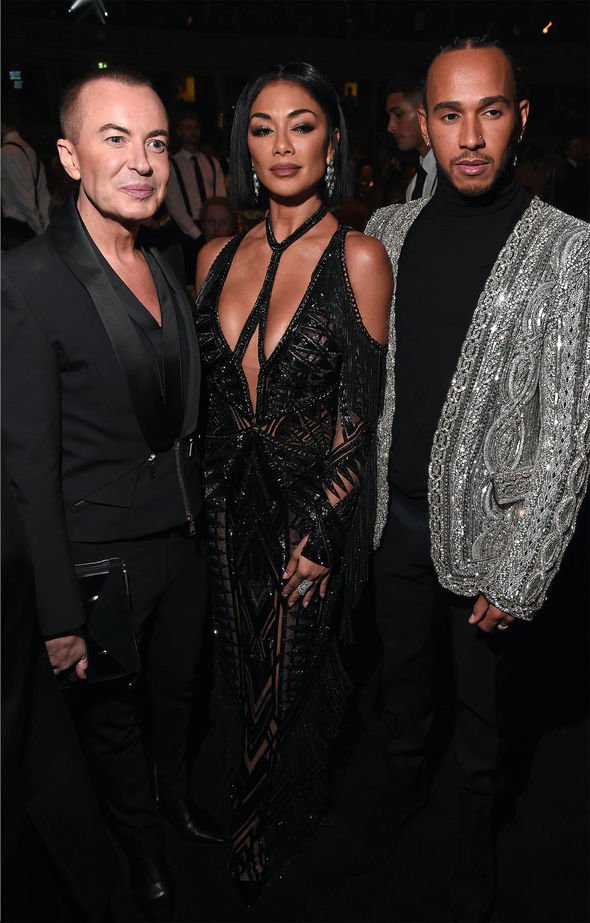 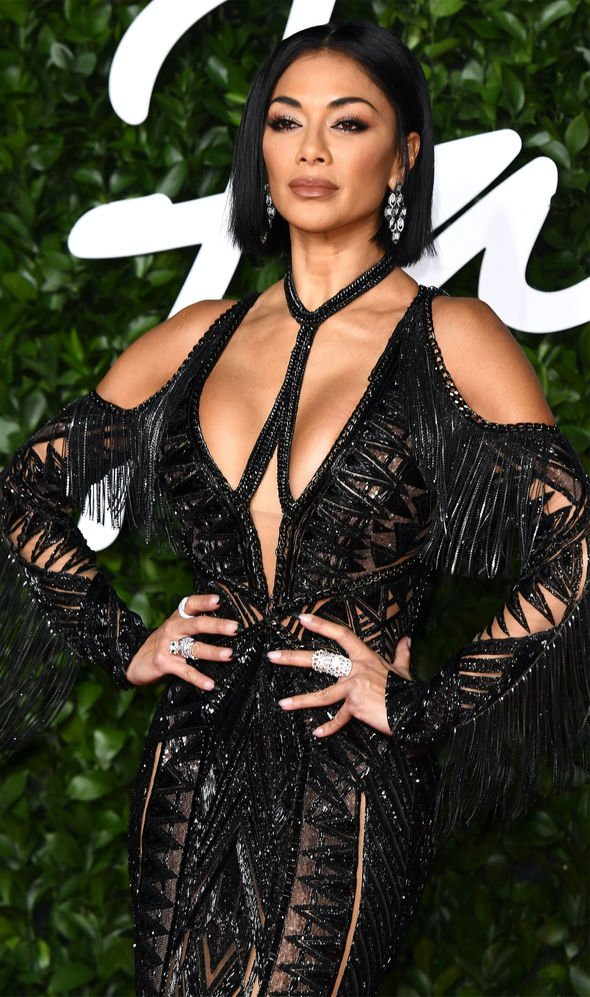 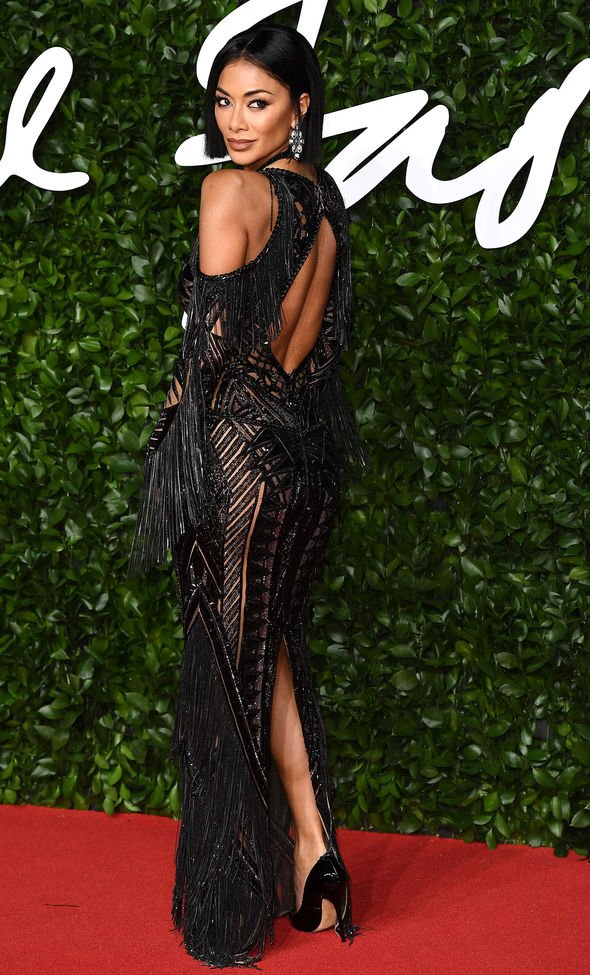 Elsewhere, Nicole has been at the centre of rumours she is dating former rugby star Thom Evans, 34, who was a contestant on the show this series.

Earlier this month, reports claimed the pair had gone on a couple of dates together.

A source told The Mirror: “It’s really early days but they have spent a lot of time together this week.

“On two separate evenings they hung out and have been getting on well.

“Nicole thinks Thom is gorgeous and a real gentleman, he obviously can’t believe his luck.”

The Pussycat Doll, who is believed to have first met Thom back in 2014, has since insisted she is too “busy” to date.

She told ITV’s Richard Arnold: “Thom is lovely, Thom is lovely. But as you just reminded me how crazy busy I am that is totally not what I am focused on right now.”

The brunette beauty also told Dan Wootton on The Sun’s podcast: “Thom is lovely but what’s going on is that I am very busy.

“It’s been a very transitional transformation year for me and I am really focusing on distracting myself with my destiny.”

The rugby star, who performed on the X Factor with his group Trystar, has also since gushed over Nicole.

He told the Daily Mail: “She’s stunning. And has [romance] crossed my mind? Yes. But we don’t have much time.”

Despite the pair seemingly shrugging off a romance between them, they were seen walking into Simon Cowell’s Thanksgiving party together on Friday.

The singer sported a cosy fluffy white coat while Thom was dressed down in a dark jacket.

They were pictured being welcomed at the door of the house and lead in for the swanky affair.

Express.co.uk has contacted a representative for Nicole for comment.