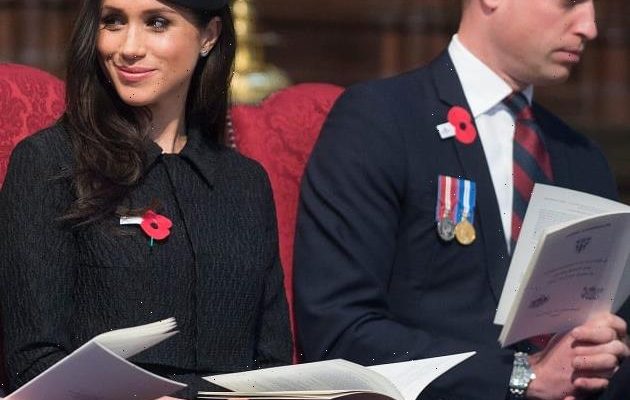 There were plenty of memorable moments in Meghan Markle’s interview with Oprah Winfrey, and more than a year after it aired, the conversation is apparently still causing turmoil within the royal family.

Meghan took full advantage of her first real opportunity to set the record straight on a number of different issues, including the claim that she made Kate Middleton cry during an argument in the days before her wedding to Prince Harry.

Meghan revealed that it was Kate who made her cry, not the other way around, as had been previously reported in countless outlets.

Not only that, Meghan says she remembers the argument as a major watershed event in her life, the moment “when everything changed, really.”

“What was hard to get over was being blamed for something that not only I didn’t do, but that happened to me,” the Duchess explained to Oprah.

Apparently that claim remains a major source of irritation for William to this day.

According to journalist and royal expert Tina Brown — who was close friends with William and Harry’s mother, Princess Diana — William is still furious about Meghan’s allegation.

“William was disgusted about Meghan’s attack on Kate, because she can’t answer back,” Brown told UK tabloid The Telegraph in a recent interview.

“But that’s nothing compared to how furious he’s going to be when this book comes out.”

Brown is referring to Prince Harry’s upcoming memoir, which has apparently become another source of consternation among the royals.

There are fears among the Windsor clan that the book will turn out to be a scathing tell-all — and to be fair, the Queen and company are right to be worried.

Sources close to Harry have indicated that the memoir will be something of a “f-ck you” to the royals, an expression of Harry’s rage over the way his wife was mistreated by his family.

One senior palace official indicated that the damage from Harry’s book is already done, as the royals are furious at being kept in the dark for more than a year as they await publication.

“This is the no going back moment – the final nail in the coffin of the Royal Family’s relationship with Harry,” says the insider.

“The emotional turmoil as they wait over a year for publication is going to be torturous.”

And we probably don’t need to tell you that it’s already been a pretty tumultuous year for the royals.

Prince Philip passed away one year ago this week, and the question of how best to pay tribute to the Queen’s late husband remains a sore spot for the royals.

Earlier this month, Meghan and Harry skipped a memorial service for Philip due to security concerns, which they feel were improperly addressed by the royals.

Add to that the shocking revelation that Prince Andrew paid off his sexual assault victim with money borrowed from the Queen, and it’s not hard to see why the royals might be keen to avoid any further PR crises going forward.

Palace officials have indicated that the Queen has recovered from Covid, but there are still concerns about how all this stress might affect the 95-year-old’s health.

And on top of all of this, it now appears that there’s a new feud between Meghan and William in the works.

The drama never ends in the Windsor clan!