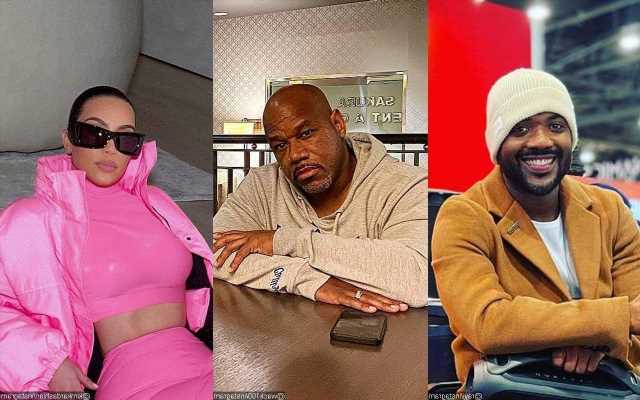 Fans may find it odd to see the singer’s call with his former manager since he previously slammed the latter for saying he has a ‘more graphic’ sex tape of him and the ‘Keeping Up with the Kardashians’ alum.

AceShowbiz -It looks like Ray J needed Wack 100’s help amid his drama with Kim Kardashian. In a new episode of “Love & Hip Hop: Miami” season 5, the “One Wish” singer could be seen asking advice from his former manager regarding his alleged second sex tape with “The Kardashians” star.

“In 2007 when the tape was released, I was a young kid. And I just wanted to have fun and I had nobody that really helped me think it through,” the 41-year-old musician first shared in a confessional. “I left that part of my life behind me, so why can’t they?”

Then, when FaceTiming Wack in his car, Ray J detailed how the second sex tape rumors ruined his life. Wack later told the crooner, “Listen bro, they’re using your name to be relevant right now. They’re running out of steam. What I’m saying is this. This s**t is bigger than you.”

Ray J went on to press, “So what we’re bout to do bro? What we’re about to do?” In response, Wack explained, “It’s the perfect opportunity. If you got something to say, you want to put on the table, put it on the table man. We know the truth. You speak your truth, I’m gonna stand with you. We did it right bro. And I guarantee you’re going to thank me later.”

Fans might find it odd to see Ray J turning to Wack for advice. Back in September 2021, he put the latter on blast for saying he has a “more graphic” sex tape of him and the “Keeping Up with the Kardashians” alum.

This ain’t cool,” Ray J commented underneath Wack’s interview. “I been staying off the Raydar – Just staying focused and being humble and thankful for all the blessings I’m receiving.”

“How can I show off growth and maturity if this kinda of stuff keeps happening?” the Mississippi-born artist went on stressing. “I’m a father now and my job is to be a great parent and put them first. This is not the message I want to send out – smh.”