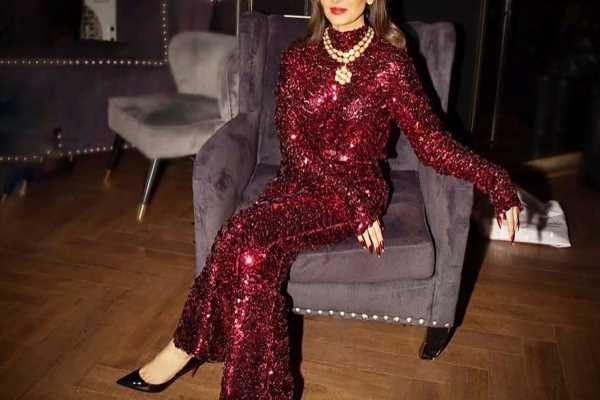 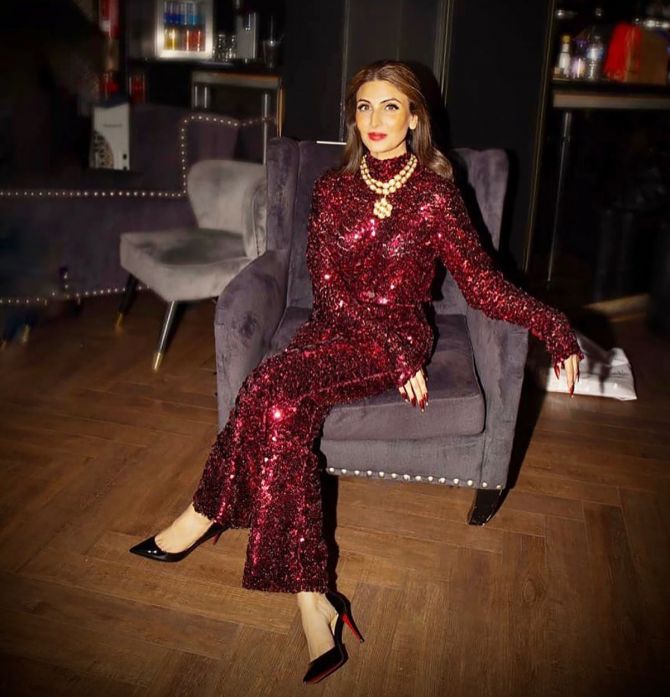 It was lovely to find a familiar face, one of apna own, among the crop of seasoned, sometimes slightly intimidating international models marching down the ramp at London Fashion Week.

Wonderous in white, from head-to-toe, Riddhima Kapoor Sahni was a striking figure, as she strutted the runway amid rah-rahs from the audience. Guess who was there to cheer her on? Naturally Mama Kapoor, Neetuji.

Opening the show for Helen Anthony’s Spring/Summer 23 ready-to-wear collection, her three-piece ensemble (external link) consisted of a vest, trousers and a long blazer in a flowing style by British Designer Naeem Anthony, known for his fine tailoring and beautifully handcrafted garments.

Naeem, whose work is influenced by historical architechture, named his label after his grandmother Helen Thomas, his inspiration along with his five-year-old daughter.

Riddhima gentled the look by offsetting the severe-austere power suit with a solitaire necklace which was one of her own pieces from her R Jewellery label. Red lips and subtle make up finished the look. Centered around the theme East Meets West, it was an opportunity for Riddhima X Punjab Jeweller’s exclusive pieces to be matched with Anthony’s apparel.

For her second ramp round, below, Riddhima was clothed in a shower of red sequins — they shimmered off the high-neck polo, matching pants and jacket.

Around her neck, twinkled an uncut diamond polki necklace that obstinately stood its own ground against the tide of red.

Joining her on the ramp was Naeem’s cutie-pie daughter, looking like a glittering mini extension of Riddhima, except for the square-rimmed, bejewelled sunglasses. 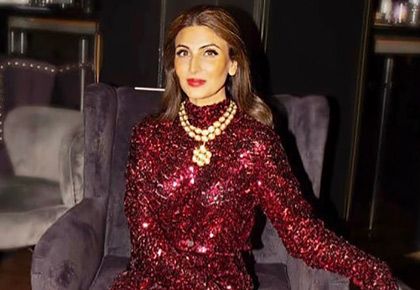