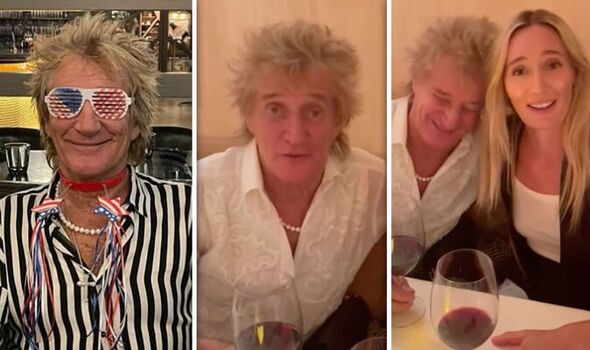 Rod Stewart, 77, has revealed there is “nothing like being back on the road” as he heads on his US tour.

Rod Stewart, 77, has revealed there is “nothing like being back on the road”.

That was the caption to the photo he posted of himself in a hilarious getup, alongside a sunglasses-wearing emoji and a US flag.

The We Are Sailing crooner donned a pair of sunglasses with the famous stars and stripes emblazoned on them, as well as a similarly decorated headband, which he wore around his neck.

Rod is touring the United States before returning to the UK later this year, and he recently reunited with his daughter Ruby, 35, in Texas.

“Well we’ve just started the tour, which is me in…” he began, before bursting out laughing, unable to continue, and burying his head bashfully on his daughter’s shoulder.

Glamorous daughter Ruby finished his sentence, adding: “…in the United States of America, so you should come out!”

Rod posted the video clip to his Instagram page, noting sheepishly: “Perhaps I should have recorded my enthusiasm for the kick-off of the tour tonight BEFORE the glass of wine!” 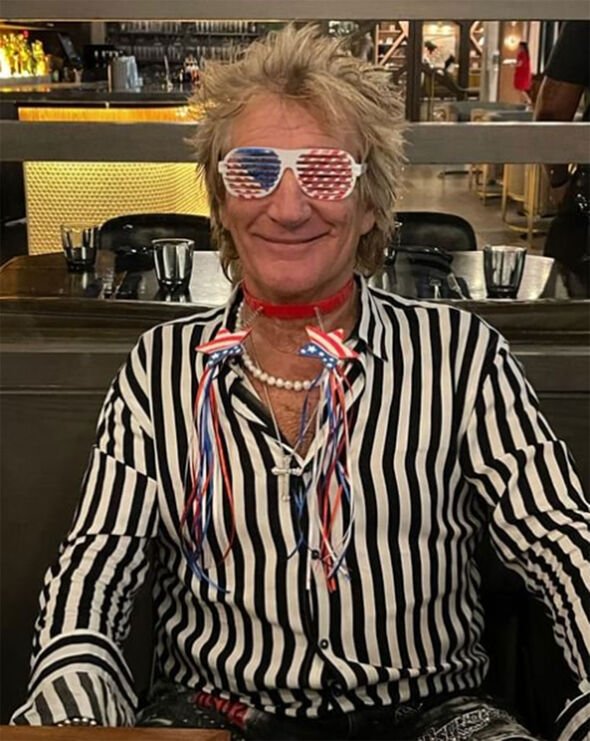 Rod celebrated being back on the road

The rocker wore some patriotic accessories as he posed for a silly photo. 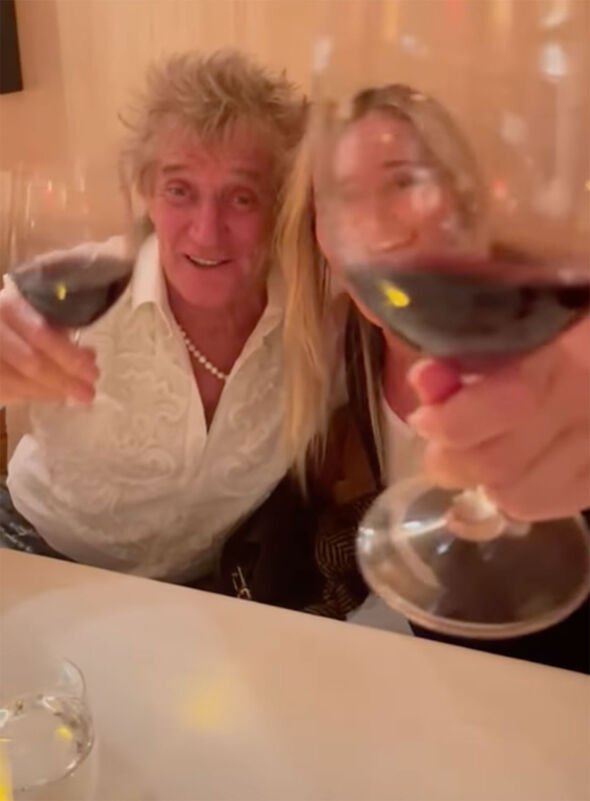 Rod recently posted a hilarious video with his daughter

The pair were reunited in Texas and posted a boozy video on Instagram. 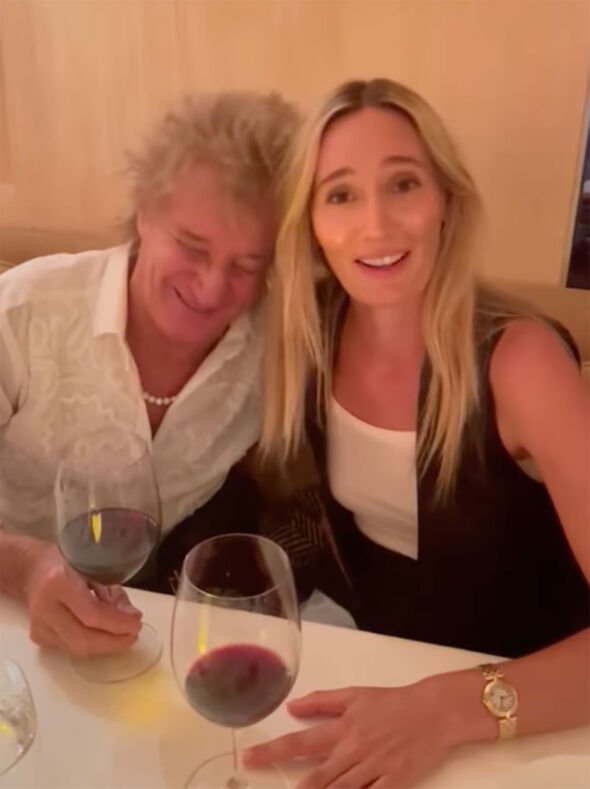 But owing to his large glass of wine, he got the giggles and gave up. 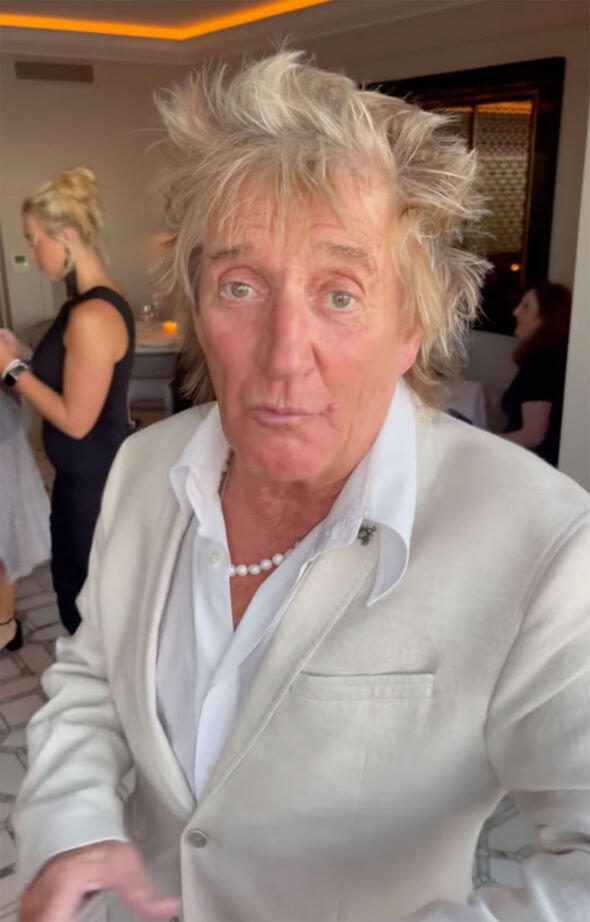 In an Instagram video, he revealed he would be at the O2 for a “wonderful night” later this year. 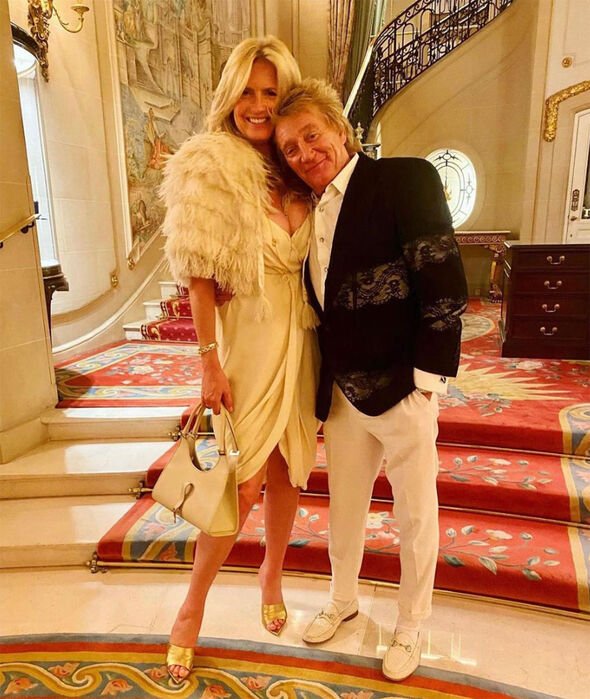 The couple have been married since 2007.