There are so many reasons for viewers’ hearts to break for Will Byers in the new season of Stranger Things. Not the least of which is his tragic new haircut. (What we did to boys in the ’80s, good lord…)

But of course there’s also the fact that after being abducted into the Upside Down and possessed by the Mind Flayer, he’s been saved only to be completely lost in the shuffle. All season he’s been ignored by his mom, his best friend, and his stoner big brother, who are all too focused on the men and women in their lives. Oh, and how Netflix is seemingly unwilling to let him explicitly broach the subject of his burgeoning homosexuality — we mean, what is this, Disney+??

However, the saddest aspect has apparently been left as an easter egg, only spotted by the show’s most devoted fans. Did YOU see it?

On a camera at the skating rink where Eleven takes Mike for a date that turns even more disastrous than expected, you can make out the exact date: March 22, 1986. 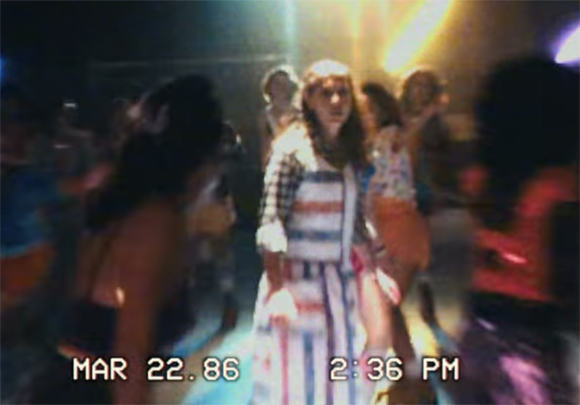 Why does that matter? Back in season 2, when he’s possessed, Joyce tests him by asking him personal questions only Will would know. She reveals that March 22 is his birthday.

Yep. That’s right. The whole day, when everyone is focused on relationships and secret labs and evil sorcerers… it’s been Will’s birthday the whole time, and no one remembered. His whole family forgot! That means, amid the more overt Nightmare On Elm Street, Carrie, and Poltergeist references, the Duffer Brothers hid another huge 80s homage: Sixteen Candles!

Look, obviously the Max storyline, with its emotional depths and Kate Bush soundtrack, is getting all the attention… but spare a thought for poor Will Byers, too! He doesn’t even have a hill to run up!

But hey, at least Noah Schnapp is killing it at playing his endless longing…