Senior advocate Vikas Singh, appearing for the Chandras, contends that the accused are not being given a chance to rebut the claims being made against them 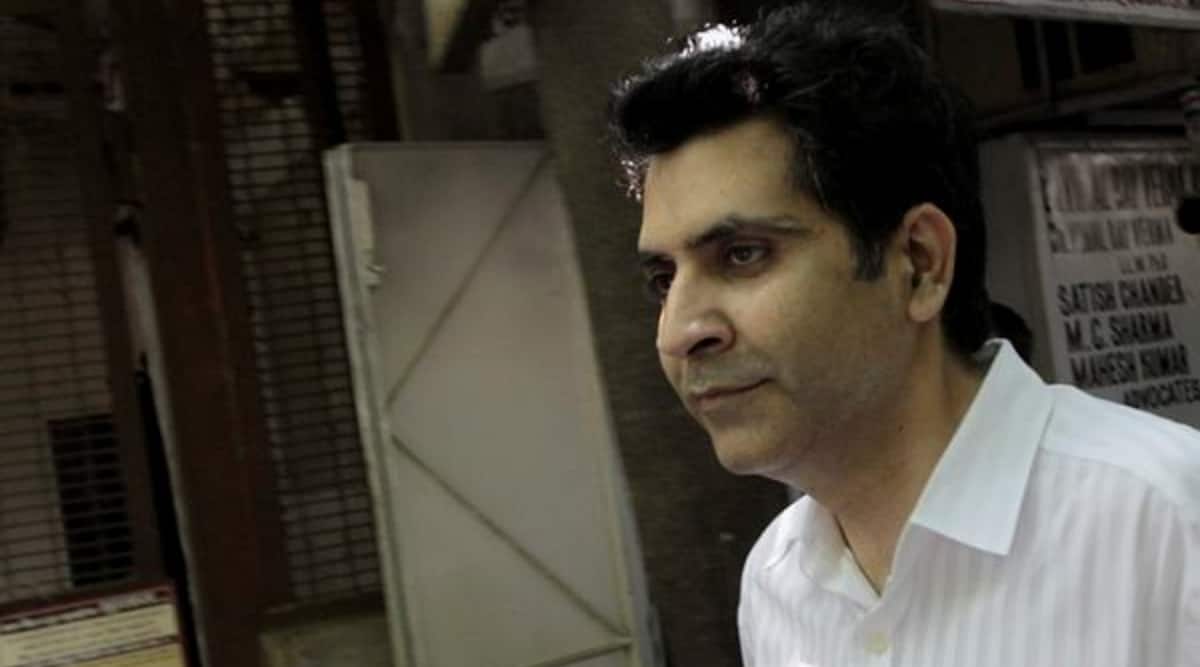 The Supreme Court Wednesday gave the go-ahead for a full-fledged criminal investigation into allegations of collusion of certain officials of Tihar jail with former promoters of Unitech Ltd Sanjay Chandra and Ajay Chandra while they were lodged in the jail, and ordered immediate suspension of officials named in a probe report submitted by the Delhi Police Commissioner.

“We have perused the inquiry report dated September 28 submitted by Shri Rakesh Asthana, Delhi Police Commissioner. In terms of para 37 of the report, we grant permission for a full-fledged criminal investigation against the person mentioned and also against the unknown persons who are not mentioned. The Police Commissioner has stated that a criminal case be registered under section 7, 8, of PCA… We direct that officials of Tihar jail who were prima facie found to be complicit be suspended for the time being till the pendency of proceeding”, a bench of Justices D Y Chandrachud and M R Shah ordered after perusing the police chief’s report.

The bench also rejected a request by the Chandras to give them a copy of the forensic audit report of the beleaguered real estate group done by Grant Thornton, saying it is currently the subject of a probe being carried out by the Enforcement Directorate (ED) and it will not be appropriate to share it with the accused at this stage.

It also asked the Police Commissioner to forward a copy of his report to the Home Ministry and directed the Ministry to respond to some of the suggestions in it. The court ordered that an action plan be drawn up for implementing the suggestions made within a period of four weeks.

On October 26, the SC had directed the Police Commissioner to investigate the charges in an ED report which stated that the Chandra brothers, who were lodged in Tihar jail, were having a free run there and were flouting the jail manual in connivance with officials. The court also ordered that they be shifted to Arthur Road Jail and Taloja Central Jail prison in Mumbai and be housed separately.

The ED had accused the brothers, who were arrested following complaints of siphoning homebuyers’ money, of “engaging in illegal activities by flouting the jail manual… making transfers of assets and dissipating the proceeds of crime… influencing witnesses and attempting to derail the investigation” against them.

Asthana, after investigating the matter, submitted a report to the court seeking permission for a criminal investigation against “the person mentioned and also against the unknown persons not mentioned”.

On Wednesday, senior advocate Vikas Singh, appearing for the Chandras, contended that what is going on is an ex-parte hearing and that the accused were not being given a chance to rebut the claims being made against them. “How long will this ex-parte hearing go on? I am the second-largest real estate developer who has built around 5 crore square feet area and over 1 lakh units.”

Justice Chandrachud responded that it was not an ex-parte hearing and that the accused was not entitled to peruse the case diary.

The hearing witnessed some heated exchanges, with Singh urging the court to give him a copy of the Grant Thornton report and the bench objecting to his arguments.

“I don’t want your lordships to repent later on that you did not take timely action. I am sure the court has nothing personal against the Chandras”, Singh submitted.

The senior counsel wondered it will be possible to turn the clock backwards if it is found during the trial that there is no diversion of funds.

Singh pointed out that in the case of beleaguered developer Amrapali group, homebuyers were made to pay installments, and sought to know why the court cannot order the same in the case of the Unitech developers too.

“How many companies will this court run… Amrapali you are running, Unitech you are running, Supertech you are running… You have arrested my father, my wife, arrest my children also. Put us all behind bars,” Singh argued on behalf of the Chandras, urging the court to at least let him put across his defence to what the forensic auditor had said.

As the decibels rose, the bench took exception to the arguments. “Before you make allegations on this court, what is this language? What is this repent later on?… Listen to me, Listen to me, is this the way of addressing the court?” asked Justice Chandrachud, removing his mask.

Justice Shah cautioned the counsel not to raise his voice and make allegations against the court… “We can see that the client has not briefed you well,” Justice Chandrachud told Singh, who responded: “I have taken a lot of briefings.”

Justice Shah said: “There are reasons and reasons to arrest both of them… we cannot disclose them to you at this stage.” Justice Shah also remarked that “we never expected this from Mr. Vikas Singh, with all seriousness”.

Singh told the bench that his clients cannot even hold a video conference with him.

The bench however declined to share the forensic report. It will now hear the matter after the Diwali recess.