Yediyurappa informed Modi that Karnataka has so far received 2.62 crore vaccines and requested the Centre to provide 1.5 crore doses of the vaccine with a targeted 5 lakh doses every day. 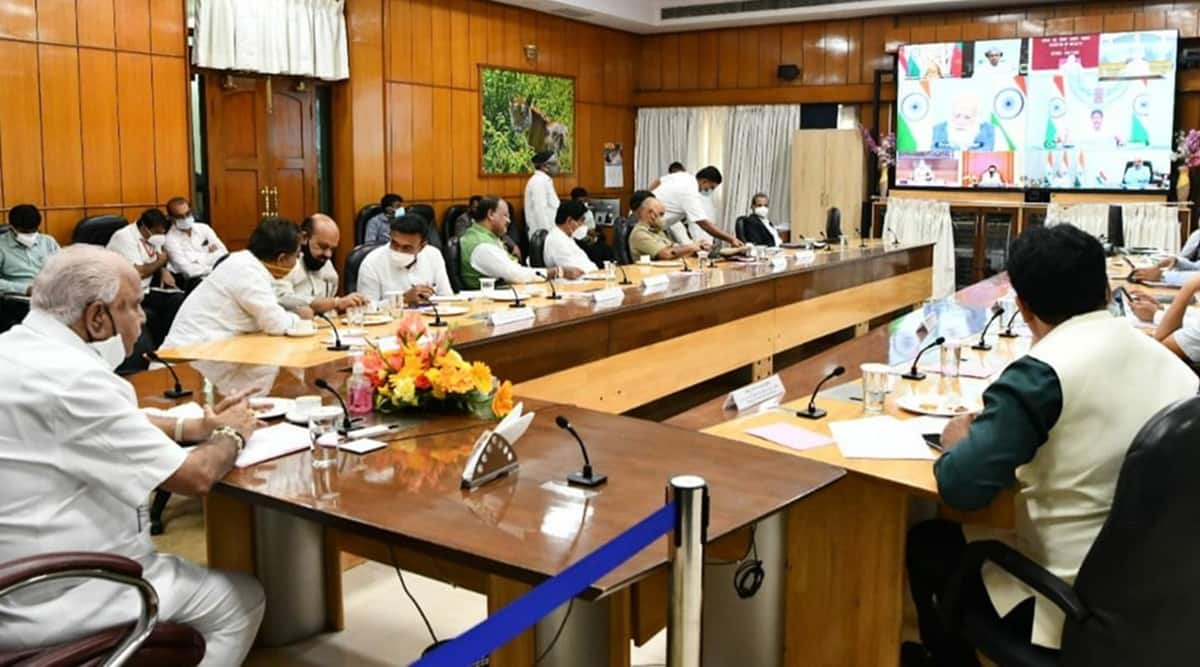 Karnataka Chief Minister B S Yeddyurappa Friday put forth the demand for at least 1.5 crore doses of vaccine to the state every month during a virtual meeting with Prime Minister Narendra Modi.

According to the Chief Minister’s office, Yediyurappa informed Modi that Karnataka has so far received 2.62 crore vaccines and requested the Centre to provide 1.5 crore doses of the vaccine with a targeted 5 lakh doses every day.

Yediyurappa made the demand during a virtual meeting chaired by Modi with the chief ministers of Karnataka, Tamil Nadu, Andhra Pradesh, Odisha, Maharashtra and Kerala to discuss the Covid-19 situation.

He also told Prime Minister Modi about the present condition of Covid-19 in the state, saying that cases in Karnataka have declined to 1,900 a day.

Yediyurappa also told Modi that district authorities have been authorised to impose sanctions depending on the positivity rate of Covid-19, the number of cases and the opinion of the Technical Advisory Committee in respective districts.

The district officials have also been told to initiate appropriate action against those not following the Covid protocols such as social distancing, hand hygiene and wearing of face mask, he told.

During the meeting, Modi also urged the state governments to gear up for the possible third wave, to which Yediyurappa replied saying his government is enhancing oxygenated beds, ventilator beds and pediatric ICUs in hospitals.

“The number of doctors, paramedics and lab technicians in the hospitals have been increased. In addition, a large number of tools for treating Covid are also being purchased and new RT-PCR laboratories and Genome Sequencing Laboratories are also being set up in the state,” the chief minister told Modi.

Yediyurappa also requested funds under the PM CARES fund for increasing the allocation of vaccines and to set up 800 neonatal and pediatric ventilators. He also asked Prime Minister Modi to allocate 40 PSA oxygen production units at Taluk hospitals and decentralisation the distribution of liquid medical oxygen.

He also appealed to increase the supply of amphotericin-B to treat Mucormycosis and increase the intravenous immunoglobulins (IVIG) distribution for children.