The incident took place around 9:20 pm when the duo was waiting at the parking bay of the flyover towards Hosur end on a bike. 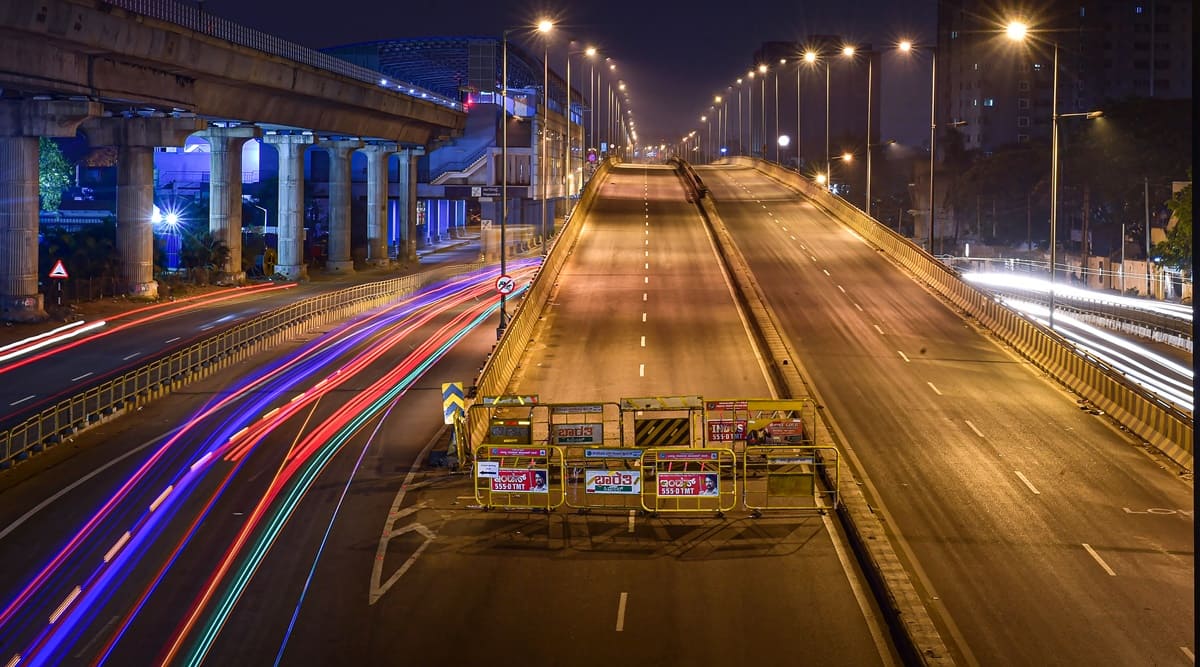 Two persons, including a 28-year-old woman, died after the two-wheeler they were on fell from the Electronic City flyover Tuesday night after a car hit the vehicle from behind. The duo had reached the city two days back to join work.

The deceased were identified as Preetham Kumar (30), a resident of Akshay Pride Apartment in J P Nagar 8th phase, who worked as quality control manager, and Krithika Raman (28), a native of Chennai who worked as team leader at CoinSwitch in Mahadevapura.

The incident took place around 9:20 pm when the duo was waiting at the parking bay of the flyover towards Hosur end on a bike.

Nithesh P, (23), a resident of Tirulapalya in Bommasandra and a student, was driving a Maruti Suzuki Baleno which rammed into the bike. Due to the impact of the crash, the duo fell from the flyover and died on the spot.

CCTV footage shows Krithika and Preetham had already passed the parking area but had come back. While Preetham sat on his bike pushing it towards the bay, Krithika was seen walking. The duo later stood at the corner of the bay while there were a few other motorists standing on the bay.

Police officials said Nithesh was heading towards home while Preetham and Krithika were out for a bike ride. “Krithika had arrived in the city Sunday and had reported to work Monday. The two were friends and Nithesh had borrowed a bike from his friend to go for the ride. Although we do not know why they stopped the vehicle on the flyover, we think they had halted to see the view from the flyover. Nithesh was driving at a speed of at least 120 km when the accident took place. Although Nithesh was injured severely in the incident, he somehow escaped as there was a chance of his car falling from the flyover,” a senior police officer said.

Nithesh has been hospitalised and is being treated while Preetham and Krithika’s dead bodies were handed over to their family members Wednesday afternoon. Electronic City traffic police registered a case against Nithesh under IPC Sections 279, 337 and 304(a). The police said preliminary reports suggest Nithesh was not under the influence of alcohol but doctors are yet to provide his medical report.

Arvind Singh, a manager at a bike showroom situated 10 metres away from where the duo fell, heard a crashing noise. “When we heard the sound, we rushed to the spot and the woman was alive then but she died in the next one or two minutes. They were standing in the parking area where usually many riders and drivers park their vehicles for various reasons like taking photos or attending phone calls,” he said.

A senior police officer said as the accident took place after 9 pm and the night curfew is still in place, there were no commuters under the flyover or else there could have been a larger disaster and movement of traffic would have been affected.

The Electronic City flyover is considered to be one of the accident-prone spots as vehicles pick up speed on this signal-free corridor. Two-wheelers are involved in the majority of the accidents and speeding is the main concern.

In May 2020, three riders died after two motorcycles collided on the flyover. In March 2018, in two separate incidents, two software engineers died after they fell from the flyover after their vehicles rammed into the retaining wall.