Mumbai, over the past three days, has seen a flow of migrant workers planning to leave the city due to the partial lockdown announced in Maharashtra, which has rendered many without a steady source of income. 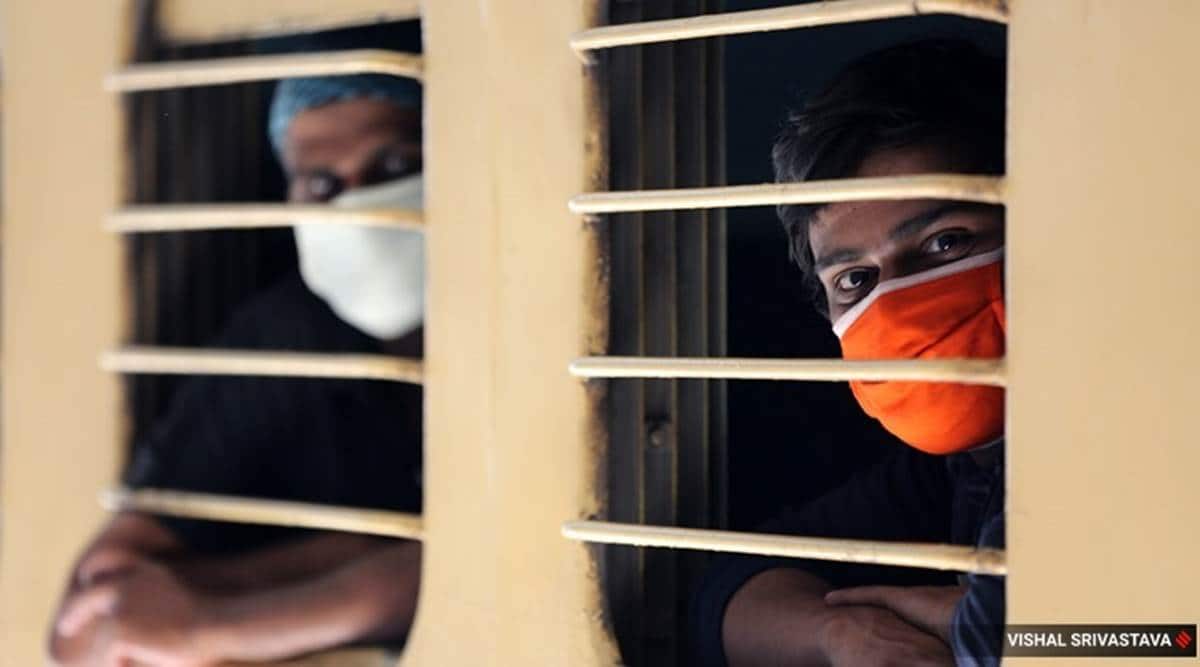 In order to cater to the steady increase in the number of migrants planning to head back home, the Central Railway on Wednesday announced three special trains and also increased the frequency of trains heading to North India.

Mumbai, over the past three days, has seen a flow of migrant workers planning to leave the city due to the partial lockdown announced in Maharashtra, which has rendered many without a steady source of income.

Only passengers with confirmed tickets will be permitted to board this special train.

Apart from migration from Mumbai, migrant workers from Bhiwandi, Thane and Pune too have started leaving from Kalyan railway station.

A group of 13 people working in small different hotels in Khed Shivapur in Pune was also spotted at the station.

One of them, Ashish Kumar Ariya, 32, said, “The hotel person said he will give us food but no money. What is the point of sitting here then? I will do farming in my village. There is a wheat farm belonging to my relatives, I will do the plucking work in the farm.”

A minor in the group, Shivnath Kumar, 16, who worked as a sweeper at a hotel, said,”Last year, I got stuck due to lockdown so I am going home early this time with my fellow village men.”

Meanwhile, NGOs have started receiving phone calls from labourers seeking help. A non-government organisation (NGO) , which helped thousands of migrant labourers during the first lockdown last year and won accolades from the local Dharavi police station for its work, said it received several calls from labourers asking for help after partial lockdown was announced from April 1, but had to turn all of them away as local traders funding their charitable trust last year were facing financial crisis themselves.

“We got a lot of calls from labourers asking for help, but we do not have any funds so turned them down. The traders who funded us last year are facing financial issues due to the present lockdown and, so, we are not getting any funds to help this time,” said Ashfakur Rehaman Shaikh, general secretary of Anjuman Bashindgan-E-Bihar, Dharavi branch, an organisation made for Biharis in Mumbai.

“There are over 2 lakh migrants from Bihar in Dharavi. Last year, our organisation with funding from local traders, helped migrants irrespective of where they were from by providing them with regular food and facilitating their train travel to return home. We are waiting to see if the government rules change following which we will start collecting funds to provide help to poor migrants,” added Shaikh.