These parking lots will act as holding pens where heavy vehicles will get diverted by the police when they anticipate a traffic jam. 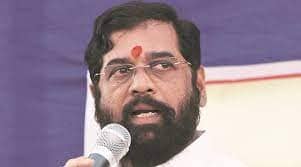 Due to traffic jams on the approach roads leading into and out of Mumbai, Eknath Shinde, the Cabinet Minister of Urban Development and Public Works (Public Undertakings) and Guardian Minister of Thane district, has directed the administration to set up temporary parking lots for heavy vehicles to regulate flow of traffic till potholes are repaired within the next fortnight.

These parking lots will act as holding pens where heavy vehicles will get diverted by the police when they anticipate a traffic jam.

Officials feels that regulating the flow of heavy vehicles could provide a much needed solution to frequent traffic jams that have clogged up highways leading to Delhi and Gujarat.

Over the past month, commuters travelling to Mumbai from Kalyan, Bhiwandi and Nashik and vice versa have had to face massive traffic jams between Kalyan Junction in Bhiwandi and Saket in Thane. The 15-km stretch in normal circumstances is covered in 15 minutes. But over the past few months, it has been taking up as much as two hours to cover this distance. Similar traffic congestion has been witnessed on Ghodbunder Road as well.

Temporary parking plazas will be set up at Navi Mumbai, Palghar and Padgha to regulate the vehicles coming and going to JNPT.

Officials said heavy monsoon has created potholes on the stretch and repair work was not possible due to the continous downpour in these parts over the last few days.

Shinde had given officials a deadline of 15 days last week to sort out the pothole issue on these stretches.

Many commuters who travel on this stretch have said they had curtailed their travel for the past fortnight due to the traffic situation.

Cabinet Minister Chhagan Bhujbal, who was travelling from Mumbai to Nashik, had also complained about this issue after he got stuck at Teen Haath Naka in Thane for over two hours.

Shinde had then announced the appointment of a task force under the chairmanship of the District Collector to prevent such traffic jams due to potholes. The task force will have the power to inspect roads before the monsoon season and monitor the quality of repairs, as well as take action against contractors in case potholes come up on roads during the monsoon season, Shinde had said.

While instructing officials to complete the road repair work immediately, Shinde instructed the traffic police to ban heavy vehicles from entering Thane city between noon and 4 pm till the repair work is completed.

Four executive engineers were also suspended and now Shinde will hold the meeting on Wednesday regarding the execution of parking plaza.