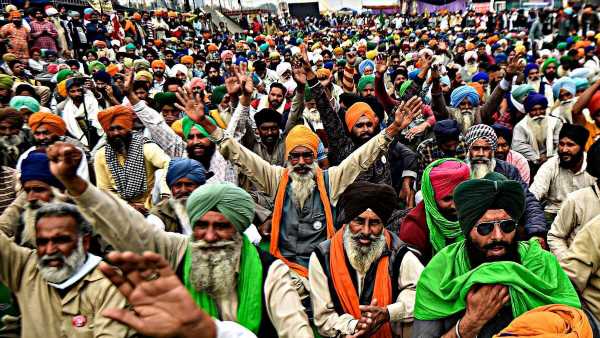 On Friday, as the distribution process started, a group of farmers planned to block a road in Nangal Chaudhary to vent their anger against the alleged shortage of DAP fertilizer. 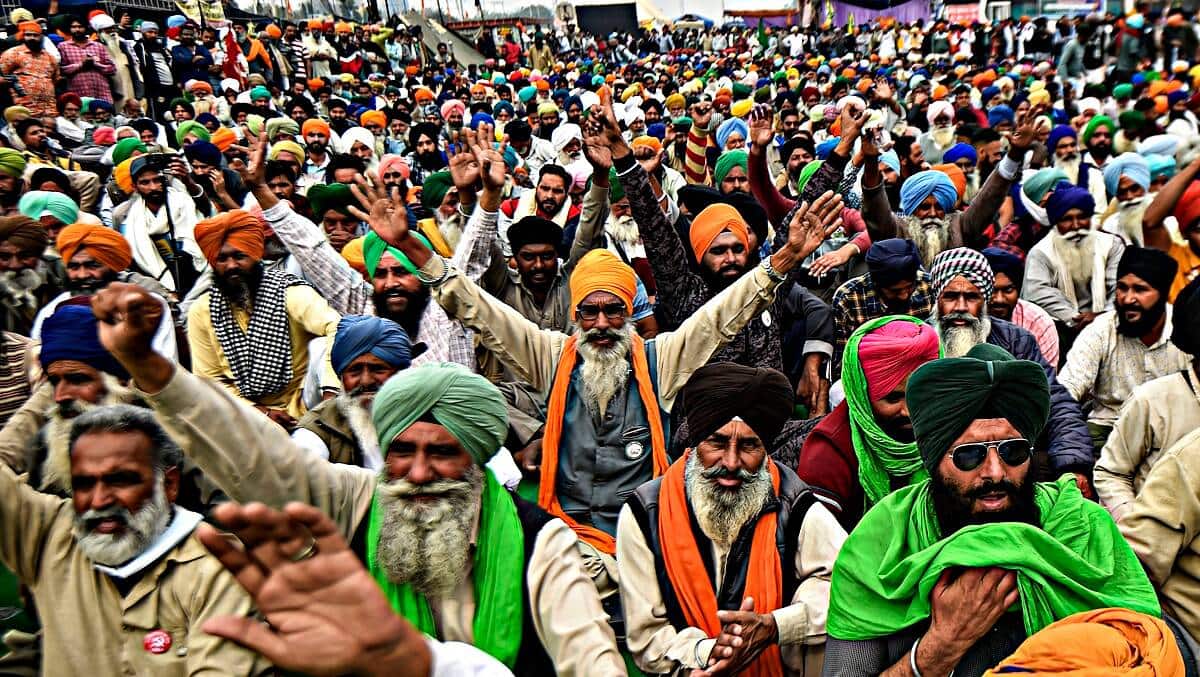 A protest by a group of farmers against the alleged shortage of fertilizer diammonium phosphate (DAP) turned violent in Mahendragarh’s Nangal Chaudhary with some irate protesters allegedly pelting stones at a police party on Friday, leaving at least one assistant sub-inspector (ASI) injured. The incident came on a day when at least 1,000 policemen had been deployed in the district to maintain law and order during the distribution process of DAP, which farmers claim is in short supply in the state.

Police said that the ASI suffered minor injuries on one of his hands during Friday’s stone-pelting.
Mahendragarh is known for the production of mustard in Haryana. With an alleged shortage of DAP, the fertilizer which is required to prepare the fields before sowing the mustard, the farmers in the area have been turning restless. On Friday, DAP was distributed from three police stations in Mahendragarh district — Narnaul, Kanina, and Nangal Chaudhary — to prevent the formation of long queues by farmers in front of outlets, which had become a common sight in the district in the last few days. As many as 1,000 policemen were deployed to maintain law and order during the distribution process, with the distribution being undertaken by officials of cooperative societies or workers of private dealers.

On Friday, as the distribution process started, a group of farmers planned to block a road in Nangal Chaudhary to vent their anger against the alleged shortage of DAP fertilizer. As the farmers squatted on the road, someone called the police by dialing 112, which led to a police team being dispatched to the spot immediately.

“As soon as the police party reached the spot, a few people from the crowd targeted them with stones. We have rounded up 2-3 people up for questioning,” Mahendragarh SP, Chander Mohan, told The Indian Express. Police sources say the agitators dispersed from the spot after more police reinforcements arrived there.
Sources said that the crisis for DAP was so acute in the district that as many as 2,000 farmers were waiting in a queue at Nangal Chaudhary till 7 pm on Friday to receive the fertilizer. The farmers had started coming to the distribution centres early on Friday morning.

Incidentally, a group of farmers had been spotted stealing bags of DAP from the stock of a private dealer in Ateli of Mahendargarh a couple of days ago (Wednesday).

On Wednesday, the police had lodged an FIR after at least 100 bags of diammonium phosphate (DAP) fertilizer were stolen by the farmers from a grain market in Ateli in the same district. Police said nearly 50 bags of fertilizer were later recovered.

A video of the incident appeared on social media. Several men and women — lugging bags of fertilizer or carrying them on their heads and on motorcycles — could be seen in the video. A police official said: “Since morning, people had gathered to purchase the fertilizer at the mandi. A retailer had distributed over 400 coupons, while the fertilizer was in short supply. In the chaos of long queues, a couple of people became irritated and picked up some sacks and started to run. Others joined them and within minutes, everyone started looting the sacks.”

On his part, Haryana Agriculture and Farmers Welfare Minister claimed that there is sufficient stock of the fertilizer in the state, and stated that the long queues of farmers looking to buy DAP in different parts of Haryana has been fuelled by rumors.