Speaking at a ‘Kisan mahapanchayat’ in Haripur Tohana village near Paonta Sahib of Himachal’s Sirmaur district, Tikait said that just like the government gives a subsidy to sugar factories for transporting sugar to ports, it must offer a similar arrangement for farmers in Himachal. 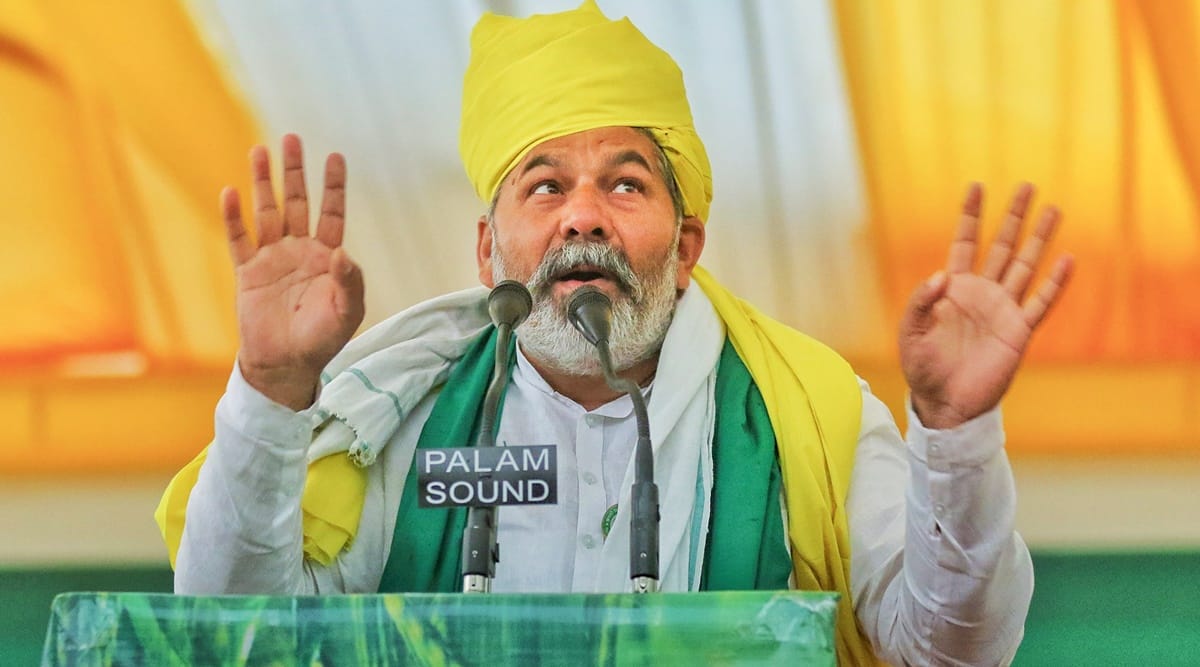 Farmer leader Rakesh Tikait on Wednesday said that the government must help transport produce of farmers in hilly areas from their farms to mandis as well as compensate them for crop damage caused by wild animals.

Speaking at a ‘Kisan mahapanchayat’ in Haripur Tohana village near Paonta Sahib of Himachal’s Sirmaur district, Tikait said that just like the government gives a subsidy to sugar factories for transporting sugar to ports, it must offer a similar arrangement for farmers in Himachal.

Tikait, the national spokesperson of Bharatiya Kisan Union (BKU) and a farmer leader from western Uttar Pradesh, was speaking at the first ‘Kisan mahapanchayat’ organised by the Samyukt Kisan Morcha in Himachal Pradesh. A thunderstorm on Tuesday night posed a challenge for the organisers, uprooting tents put up at the site. According to intelligence officials, around 4,500 to 5,000 people attended the event.

“When the government wants to talk, we will talk to them, but we have also prepared for the andolan. The first phase of the andolan will continue till November-December, and will be intensified after that if necessary,” Tikait told the gathering.

He added that protesters will follow Covid guidelines but will stay put even in case of a curfew or a lockdown. “Corona ka baap bhi aaega toh bhi dharna khatam nahin hone denge,” he added.

Tikait further said that the “three Ts will help the country win – tanks with our soldiers at the China border, tractors of our farmers and Twitter used by the youth”. He said that people of Himachal will have to “leave the hills and come down for the andolan” to save their lands and livelihood.

He said that soon there may be “seed police” to book and arrest farmers for using seeds developed by private companies. He also spoke about the working conditions and low salary of police employees and the pressure faced by print and electronic media employees.

Another farmer leader, Gurnam Singh Chaduni, said that Indian farmers will find it difficult to compete with American farmers if the “one world, one market” system comes into force. An average American farmer owns thousands of square kilometres of land and gets paid a hefty subsidy by the government while over 80 per cent of Indian farmers own less than 2.5 acres of land, he said.