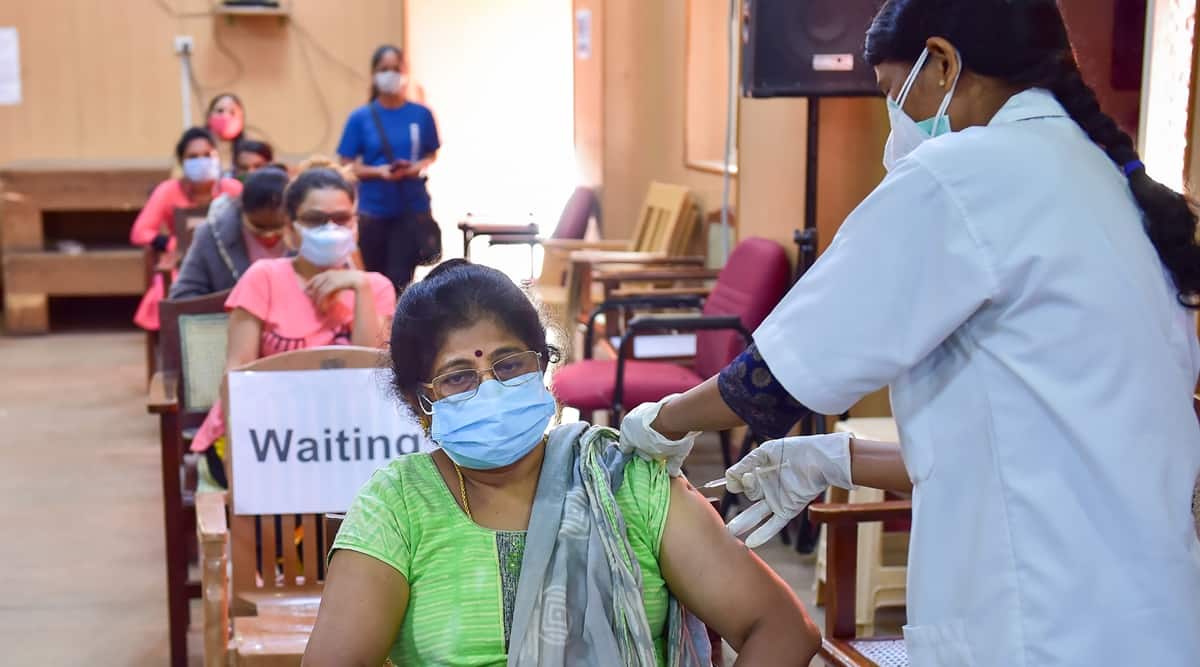 Karnataka Bengaluru Coronavirus News Live Updates: A total of over 20 lakh COVID-19 related recoveries have been recorded in Karnataka so far, as the state on Tuesday reported 38,224 new discharges, continuing to outnumber the fresh cases, which was at 22,758, the health department said on Tuesday. The state logged 588 more deaths, taking the toll to 26,399, while the caseload stood at 24,72,973.

Catch the latest news in Bengaluru and Karnataka as we bring you live updates on COVID-19, COVID-19 vaccination and lockdown across the state and more throughout the day.

On a plea by the Enforcement Directorate (ED), a special court has advanced by two months hearings in a case against start-up firm Devas Multimedia, which is embroiled in a legal battle with the Indian government over a failed 2005 satellite deal.

The special court to hear Prevention of Money Laundering Act cases Monday advanced hearings to June 8 from August 19, after the ED approached it last week, citing “national importance”. The agency told the court that the arbitration and compensation payment process initiated by Devas in foreign courts was causing embarrassment to the country.

Advocates for Devas Multimedia pleaded that hearings cannot begin since summons had not been served for appearance of Ramachandran Vishwanathan, the US-based CEO founder of the firm, and officials of Devas Multimedia America Inc, a US subsidiary of Devas, to which foreign investments were allegedly illegally diverted by the firm.

The Karnataka government has warned of stringent action against private hospitals including cancelling the licence if they hold back bodies of those who died to Covid-19 till the bills are cleared by the relatives or victims family.

An order to this effect was passed by the Additional Chief Secretary of Health and Family Welfare, Jawaid Akhtar. According to the order, the government has taken a serious view of reports of hospitals holding back bodies of those who died of COVID-19 till the bills are cleared by the kin.

The officer said under the Karnataka Private Medical Establishment Act, 2007, no hospital can refuse to hand over the body of the deceased to relatives after his/her passing away.

“The deputy commissioners of the districts have been directed to cancel the licence of the hospital and initiate appropriate action under the KPME Act-2007 if such instances come to light. Further, the district authorities have to report on a weekly basis about any such incident coming to light,” Akhtar said in his order.

The Central Crime Branch (CCB) of Karnataka Police Tuesday confirmed the arrest of Babu (34) known as a “key suspect” in the case related to irregularities in the allotment of beds through the centralised system of the Bruhat Bengaluru Mahanagara Palike (BBMP).

According to CCB sleuths, the accused has been taken into police custody till May 31. They added that Babu is a resident of Roopena Agrahara and was acting as a broker to get beds for Covid patients. “The accused is said to have run the racket with Nethravathy, a social activist, and Rohith Kumar, who were arrested earlier. While the duo used to get customers for the beds, Babu used to ensure bed availability,” a CCB official told Indianexpress.com.

Further, they added that Babu was acquainted to the personal assistant of Bommanahalli MLA Satish Reddy. However, they are yet to ascertain the accused’s direct links with the MLA.

The Karnataka Congress on Tuesday launched ‘Let Congress Vaccinate’, an online campaign to build pressure on the government to allow it to directly procure them as per their Rs 100 crore plan.

The party had recently announced that all its legislators and MPs would pool in Rs 100 crore from their Local Area Development (LAD) funds to procure vaccines.

The party, in a release, claimed that more than 20,000 people lent their support to the campaign today and shared their videos on Twitter and Facebook,asking the BJP government to permit the Congress to procure directly and vaccinate the people of Karnataka.

The death toll in the state has now risen to 26,399 since March 10 last year. While Bengaluru Urban reported 350 deaths, the capital city also recorded 6,243  new infections and 13,210 recoveries.

The kin of a 56-year-old female patient, who was admitted to a private hospital from her residence near C V Raman Nagar in Bengaluru, were shocked to see the doctor issuing a prescription to them to procure the new 2-deoxy-D-glucose (2DG) drug a day after its first batch was launched in an event in Delhi.

“We had just read about its launch in the news by the time the doctor in Bengaluru prescribed it to my aunt. As the doctor said it is important, we had no other option but to procure it somehow,” Sri Devi N, a digital marketing professional recalls a series of events that she went through since May 18.

Speaking to Indianexpress.com, she said the first step towards procuring the drug — developed by the Defence Research and Development Organisation (DRDO) in collaboration with Dr Reddy’s Laboratories — was to post a request on social media, following which she teamed up with friends to reach out to influencers online and offline, including bureaucrats, politicians, and people in the pharma industry among others.

Good morning!
Welcome to the live blog from Bengaluru where we bring to you the latest updates on COVID-19 vaccination drive, COVID-19, lockdown, BBMP and more across Bengaluru and Karnataka. Follow the blog to stay up to date with the state in real time.

Two former employees of a local television media in Karnataka, suspected to be involved in an alleged extortion case filed by former BJP minister Ramesh Jarkiholi over a sex CD scandal earlier this year, have sought anticipatory bail from a local court fearing arrest by a Special Investigations Team (SIT) that is probing the case.

The kin of a 56-year-old female patient, who was admitted to a private hospital from her residence near C V Raman Nagar in Bengaluru, were shocked to see the doctor issuing a prescription to them to procure the new 2-deoxy-D-glucose (2DG) drug a day after its first batch was launched in an event in Delhi.

Here are a few contacts that might come in handy for you in emergency situations: