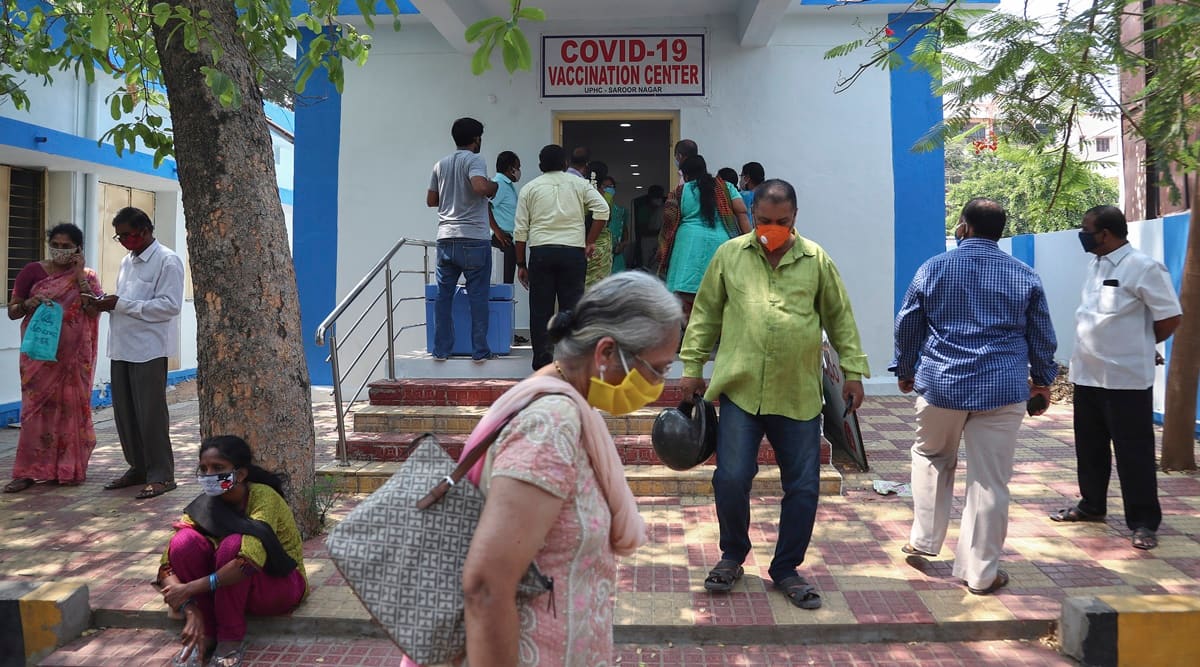 Telangana has been witnessing a sharp increase in the number of micro containment zones ever since the state health department began to share the data for the first time since the pandemic began. The number rose from 363 to 495 zones in the last couple of days.

As of April 22, there are as many as 495 active micro containment zones across the state, a maximum of them in the state capital.

Greater Hyderabad has 70 active micro containment zones. While that is for a population of over a crore people, a district such as Nizamabad too, bordering Maharashtra, with a population of 15.77 lakh as of the 2011 census, has as many as 67 micro containment zones. When Greater Hyderabad recorded 989 new cases as of Thursday morning, Nizamabad had reported 367 new cases.

Going by the data provided by the Directorate of Health and Family Welfare, Rangareddy and Medchal Malkajgiri districts, which follow Hyderabad in the maximum number of cases, have 23 and 32 active micro containment zones.

With 5,567 fresh cases, Telangana’s cumulative caseload as of Thursday stands at 3,73,486 cases. As many as 23 persons succumbed to the disease in the last 24 hours, another highest single-day spike to date. The recovery rate has declined to 86.16 percent while the case fatality rate stands at 0.5 percent. Besides, the test positivity rate, which has been constantly climbing in the second wave, rose to a new high of 5.4 percent.

No barricades, posters. Only isolation

“As a protocol, there are no barricades or posters like last year. Positive patients have to stay in their homes. Our role is limited to spraying sodium hypochlorite solution and ensuring sanitation in the locality,” said Sreenivas Reddy, GHMC zonal commissioner for Secunderabad. “There are 35 odd micro containment zones in Secunderabad but this number keeps changing,” he added.

In the districts too, the strategy of containment remains the same. While the health department staff isolates and monitors the patients in clusters, the gram panchayat ensures sanitation. In Kamareddy district, one of the districts bordering Maharashtra, officials said that such micro containment zones are most of the time family households with 8 or 10 members. District Medical Health Officer (DMHO) Dr. P Chandrasekhar said the district has borders with nearly 15 villages in Maharashtra that has resulted in a rise in cases. “Compared to the first wave of coronavirus when we had to work hard on tracking the primary and secondary contacts of positive cases, the second wave has shown a rise in positivity among the family members,” he said.

At the beginning of the pandemic last year, the government had cordoned off whole neighborhoods and placed barricades to restrict the movement of people. When contacted, Dr. G Srinivas Rao, the director of public health and family welfare, said that the department has devised micro containment zones this time following the guidelines issued by the government of India. “Apart from ensuring isolation of positive patients, we are doing active surveillance to identify asymptomatic persons. Close contacts are tested and their health status is monitored for 10 days,” he told indianexpress.com.

As a strategy to contain viral transmissions, Telangana has imposed a night curfew for 10 days from April 20. Professor Subodh Kandamuthan, the director of the Centre for Health Care Management at Administrative Staff College of India, feels that people find it easier to travel to Telangana and Hyderabad than to many other states and it was time to put in place stricter restrictions on interstate travel.

“While fully agreeing with the government’s viewpoint of sustaining the economy (behind not imposing restrictions on interstate travel), perhaps we can have a system where one has to register in a government portal and seek permission for entry into the state. This way, the government can track such people better,” said the professor who is an expert on health economics and health policy.

The director of public health, in response, said that nearly 21 checkpoints are established in 5 districts bordering Karnataka and Maharashtra. “At this point, we can assume that the virus is everywhere. As part of border surveillance, we are doing health screening and either turning away COVID positive cases or sending them to institutional quarantine,” he added.

Noting that a lot of people still fear reporting positive cases for fear of isolation, quarantine, and ostracisation, Dr BR Shamanna, professor of Public Health at the School of Medical Sciences at the University of Hyderabad, said: “While night curfew alone can do no good, the government should not allow super spreader events in the daytime.”

As the government is setting up more and more micro containment zones, reeling under a rising number of cases, Professor Kandamuthan feels the onus now lies on citizen groups, NGOs, and the local community to ensure individual discipline. “We should know that the health system is under a lot of stress and it is natural that preventive healthcare takes a hit. In such situations, the district administration can take a lead and give guidance to the local community to sensitize the public and collaborate with local departments which the health department can focus on the medical infrastructure like ICU beds, oxygen supply, and emergency drugs, etc, and proceed with the inoculation drive,” he added.

Agreeing that the government’s role is limited, Dr. BR Shamanna said it is time to look at “COVID likelihood cases” as it was done as a standard precaution for containment of HIV infections in the past. “Anyone with a deviation in health status should consider themselves as COVID positive and isolate first. One need not wait for a test and its result that comes two or three days later by when several others could have been infected. It is about personal responsibility now,” he said.