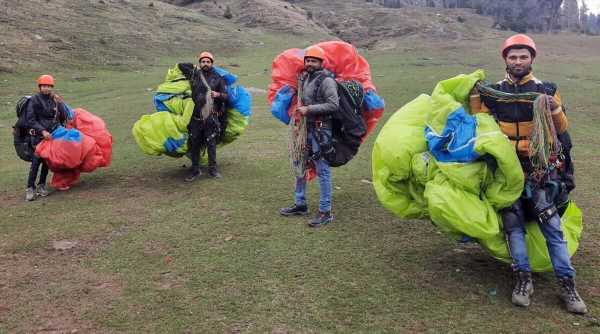 The initial training of the youth was done at Solang Valley in Kullu district of Himachal Pradesh. Later, for the final phase of training they were taken to Dharamshala. 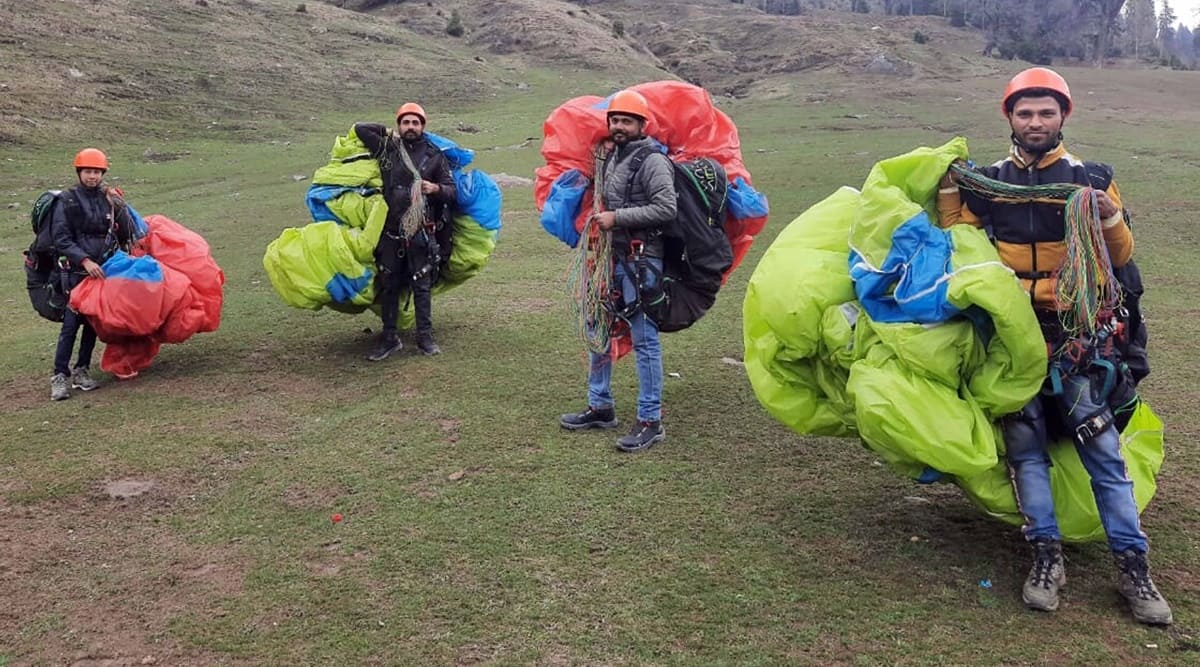 The first four trained solo paragliders of Morni Hills, Sushma Devi, 20, Arun Parashar, 21, Ajay Kumar, 22, and Tarsem Singh, 22, had only heard of paragliding and watched a few YouTube clips about the sport when the news about the state government’s plan to introduce paragliding at Morni, the only hilly area of Haryana, had reached them. Further, in February this year, when the Youth Adventurous Wing of Haryana Department of Sports and Youth Affairs invited applications, particularly from people residing in the hilly terrain, for training in the sport, they found their motivation.

At least 10 youths were selected for the 42-days long paragliding course at Atal Bihari Vajpayee Institute of Mountaineering and Allied Sports (ABYIMAS), Manali. However, only four of them along with their guide, Joginder Singh, managed to complete the course. Besides the successful completion of the course, one more common factor connects the four individuals: They belong to working class families, their parents are either daily wagers or depend on contractual farming. The parents of one of the four youths are also handicapped.

Sushma Devi of Madana village, says, “Although I had heard the word paragliding, I had never seen a parachute or paraglider in my life. In February, I visited my government school and came to know about the selection process. But what attracted me was the fact that I would get employment in the upcoming adventurous tourism industry in Morni. I, along with others, completed the course last month. My mother is a homemaker and father is a daily wager. Since my return after completing the training, every other day I have dreamt about paragliding.” Sushma is the second child among her four siblings including one elder brother, who is a heart patient, and two younger school-going sisters. Of the four paragliders, she was the first to jump from a height of at least 3,000 feet at the inauguration function of adventure sports at Tikkar Taal on June 20, as CM Haryana Manohar Lal Khattar had flagged off the various adventure sports activities.

Arun Parashar, son of a disabled couple, says, “Employment for the local youths in these hilly terrains is a major problem here. Small villages and hamlets are spread in far flung areas in the hills. There are hardly any modes of permanent employment here. Indeed, people opted for jobs in BPOs and private companies situated in other cities, but then they have to leave their parents alone. In my case, I cannot leave my disabled parents. If everything goes well with adventure tourism, I am sure we will receive good earnings locally.”

The initial training of the youth was done at Solang Valley in Kullu district of Himachal Pradesh. Later, for the final phase of training they were taken to Dharamshala.

Joint Director, Dheeraj Chahal, Department of Sports and Youth Affairs, Haryana, says, “The training of the youth from Morni was provided on state expenditure. The employment for the local youth in adventure tourism at Morni Hills is the first priority of the state government. They have been trained in solo paragliding, which means they can paraglide independently. We are chalking out a strategy for another course, which is tandem paragliding, which will make them eligible to take flight with customers. To be eligible for tandem paragliding professionally, a person should have experience of at least 100 hours of paragliding. Whatever companies will come to Morni to offer paragliding and other sports, they will have to give priority to the local youths.”

Ajay Kumar and Tarsem Singh of village Nada, Morni Block, maintain that they are hopeful that paragliding will bring a better future for them. Ajay Kumar is a contractual electrician and Tarsem Singh, who dropped out from BA-II because his parents were severely injured in a road accident two years back, is a private driver.

Morni Hills in Panchkula are spread over 52,000 acres of forest area touching the boundaries of Himachal Pradesh. It has 14 village panchayats, locally known as Bhojs, around it where 110 small and big hamlets (dhanis) are situated. The residents of these areas largely depend on cultivation, daily wages and private jobs in Panchkula, Chandigarh, nearby industrial town of Baddi and Kala Amb in Himachal Pradesh. A small section of people are also engaged in government jobs. Besides, there are government high schools, a senior secondary school, polytechnic and also a Junior Basic Teacher (JBT) training centre in the area.