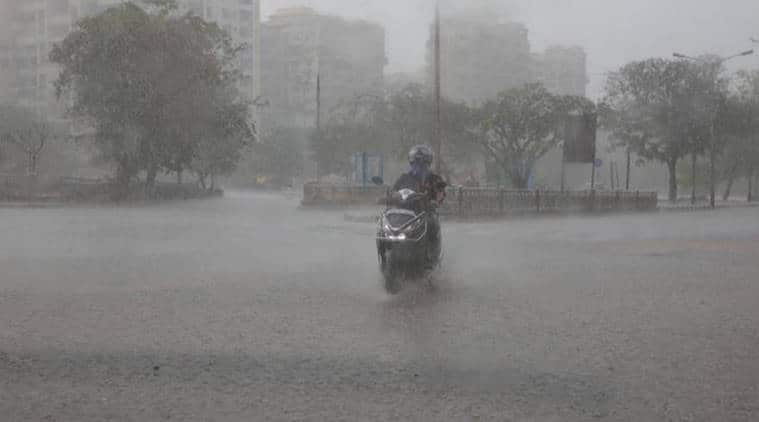 The Maharashtrian new year of Gudi Padwa on Wednesday was marked with rain and thunder in most parts of the city, which recorded 1.8 mm rainfall (Shivajinagar) till 5.30 pm. This was for the second consecutive day when rainfall was reported over Maharashtra.

Mahabaleshwar experienced one of the wettest days of March on Wednesday when the hill station recorded 33mm rainfall within nine hours ending 5.30 pm. This was the second wettest March day for Mahabaleshwar since 2010.

Dark and rain-bearing clouds hovered over Pune’s skies a little after noon, bringing moderate to heavy rainfall in most parts of the city and Pune district. Hail and thunder, too, was reported at isolated locations, all of which brought down day temperatures over Pune. The city remained the coolest in the state on Wednesday when the minimum temperature recorded was 20.9 degrees Celsius.

“For two more days, there will be thunderstorm and lightning over Pune and neighbouring areas. The day temperature will remain within 35 degrees Celsius,” said an officer from India Meteorological Department (IMD), Pune.

Light to moderate rain was recorded over Buldhana (9 mm) and some rain traces over Solapur, Kolhapur, Nashik and Ahmednagar districts.

Presently, a trough runs between east-central Arabian Sea and Madhya Pradesh, cutting through Maharashtra, which is influencing rainfall activity over the western and southern regions of the state.

The IMD has forecast rainfall accompanied by gusty winds, thunder, hail and lightning over Pune, Ahmednagar, Nashik, Satara, Kolhapur and Solapur districts to continue till March 29.