Malkit Singh was held for his alleged involvement in a bomb explosion at a vacant area in Pandori Gola village in Tarn Taran district in September 2019. 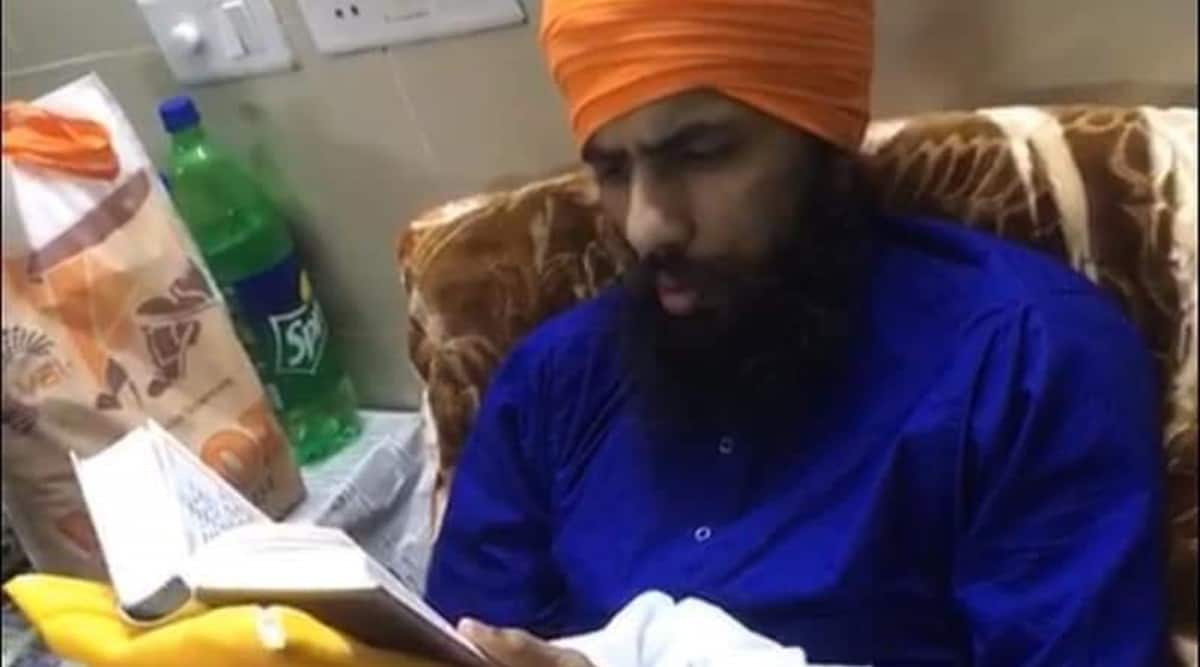 Malkit Singh (28), one of the accused in the 2019 Tarn Taran blast case, died in judicial custody at Guru Nanak Dev Hospital at Amritsar on Tuesday. He had sought bail on the basis of his medical condition, claiming he had juvenile diabetes and heart disease, but his plea was rejected.

Malkit Singh’s family alleged that he died due to lack of proper medical care.

Malkit Singh was held for his alleged involvement in a bomb explosion at a vacant area in Pandori Gola village in Tarn Taran district in September 2019. Two people, Vikram Singh of Kadgill village and Harpreet Singh of Bachre village, were killed in the blast. The two are also accused in the case. A fourth accused, one Gurjant Singh, lost his eyes.

The National Investigation Agency (NIA) registered cases against Malkit Singh and other accused under Sections 304,153A,120-B of IPC, Section 13,16,18, 20, 23 of the The Unlawful Activities (Prevention) Act (UAPA) and Section 4& 5 of the Explosive Substances Act.

Advocate Jaspal Singh Manjhpur, appearing on behalf of Malkit Singh, had claimed he had been falsely implicated.

“He was not named in the first FIR. He was later named in the case. Nothing incriminating had been recovered from his possession. He had no record of indulging in any anti-state or unlawful activities. He was a patient of juvenile diabetes and had heart disease. Even after his arrest most of the time he remained admitted in Jail Hospital or Guru Nanak Hospital, Amritsar due to his illness. We had repeatedly asked for his bail on the grounds of his critical illness.”

The NIA, however, had opposed Malkit Singh’s bail application and claimed in court that he was radicalised towards the Khalistan movement. “He was part of a terrorist gang who planned terrorist activities,” the NIA had said.

On December 20, 2020, the Punjab and Haryana High court had disposed bail application of Malkit Singh with a direction to get the petitioner examined by the board of doctors to be constituted by the medical superintendent, Guru Nanak Dev Hospital, Amritsar and proper treatment be accorded to him on urgent basis. “In the event of the treatment not being available at Guru Nanak Dev Hospital, Amritsar, the petitioner would be taken to PGI, Chandigarh for his treatment,” the court had said.

“The authorities took Malkit Singh to PGI only once for the sake of formality. When he was admitted to Guru Nanak Dev Hospital, Amritsar, the doctors had told jail officials to take him to PGI Chandigarh. But there was never any serious effort from the jail administration to save my brother’s life,” said Malkit Songh’s brother.

“Even the NIA couldn’t establish that Malkit Singh was involved in any activity in which any human being or animal was harmed in any way. He was deprived of medical care, which is the reason behind his death,” the brother added.