While one accident took place near the Narhe area, on the Katraj Dehu Road bypass of the Mumbai-Bangalore highway, another happened on Pune-Mumbai highway near Ravet. 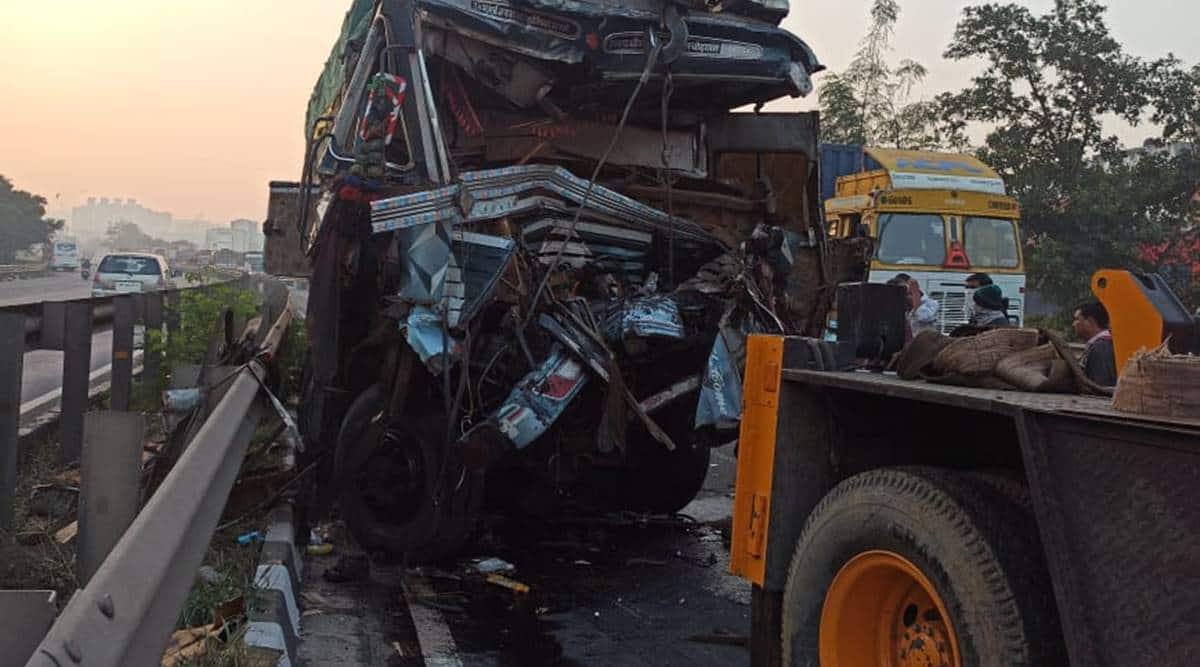 Three persons were killed and 10 others sustained injuries in two separate accidents on patches of highway roads adjoining the city limits of Pune and Pimpri Chinchwad in the early hours of Monday.

In one of the accidents, two persons were killed and one more was injured after a truck hit another from behind near the Narhe area, on the Katraj Dehu Road bypass of the Mumbai-Bangalore highway. The bodies of two persons in the cabin of one of the trucks were taken out by a fire brigade team. The injured person is being treated at a nearby hospital.

A few meters away from this spot, another minor accident happened, in which, a truck turned on its side in the early hours on Monday.

Also, in another major accident, involving a bus and a truck, one person was killed and nine others sustained severe injuries. The accident took place on Pune-Mumbai highway near Ravet. A privately operated bus going from Latur to Mumbai hit a truck from behind at around 4.30 am.

An officer from the local police station said, “One person has died and nine others have sustained injuries. The casualties are among those travelling in the bus. The injured have been shifted to a local hospital.”