If Sidhu behaves as the super CM, the party won’t function, the former CM said, adding under this “drama master’s leadership”, it would be a big thing if the Congress managed to touch double digits in Punjab polls. 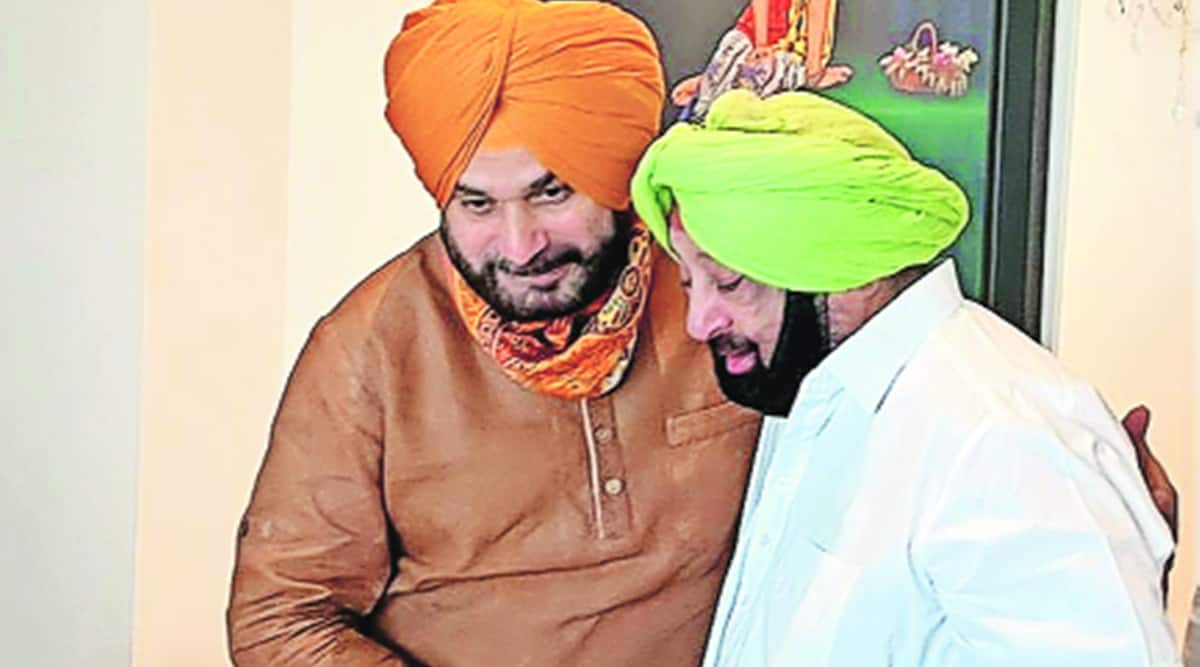 An unrelenting Captain Amarinder Singh on Wednesday declared that he would fight Navjot Sidhu’s elevation to Punjab chief ministership tooth and nail, and was ready to make any sacrifice to save the country from such a dangerous man.

Even as he reiterated his intention to counter any move to make Sidhu the state’s CM face, Captain Amarinder said he will pit a strong candidate against the PPCC president in the 2022 Assembly polls to ensure his defeat. “He (Sidhu) is dangerous for the state,” said the former chief minister in a series of media interviews.

Asserting that he will only leave politics on a high, Captain Amarinder said: “I was ready to leave after victory but never after a loss. He disclosed that he had offered his resignation to Sonia Gandhi three weeks earlier but she had asked him to continue. “If she had just called me and asked me to step down, I would have,” he said, adding that “as a soldier, I know how to do my task and leave once I am called back.

He said he had even told Sonia that he was ready to hang his boots and allow someone else to take over as CM after leading the Congress to another sweeping win in Punjab. “But that did not happen, so I will fight,” he asserted, taking strong exception to being subjected to humiliation by calling a Congress Legislative Party meeting in a secretive manner, without taking him into confidence. “I would not have taken MLAs on a flight to Goa or some place. That is not how I operate. I don’t do gimmicks, and the Gandhi siblings know that is not my way,” he said, adding, “Priyanka and Rahul (Gandhi siblings) are like my children…this should not have ended like this. I am hurt.” He said the Gandhi children were quite inexperienced and their advisors were clearly misguiding them.

Indicating that he was still keeping his political options open, the former chief minister said he was talking to his friends before deciding on his future course of action. “You can be old at 40 and young at 80,” he quipped, making it clear that he did not see his age as a hurdle.

On allegations of inaccessibility, Captain Amarinder said he had been elected to the Vidhan Sabha seven times and twice to Parliament. “There must be something right with me,” he remarked, adding the Congress leadership had evidently decided on making the change (in Punjab) and were trying to make up a case.

Referring to complaints that he was not taking arbitrary action against the Badals and Majithia in the sacrilege and drugs cases, the former chief minister said he believed in allowing the law to take its course. “But now these people who were complaining against me are in power, let them throw the Akalis leaders behind bars if they can!” he retorted.

Taking a jibe against Sidhu & Co. over allegations of not taking action against ministers involved in the mining mafia, he quipped: “Those very ministers are now with these leaders!”

Ridiculing the way Punjab was being run from Delhi now, Captain Amarinder expressed shock at the way things were happening. Pointing out that as CM, he had called the shots and appointed his own ministers, as he knew the capability of each of them, he questioned how Congress leaders like Venugopal or Ajay Maken or Randeep Surjewala could decide who is good for which ministry. “Our religions teach us that all are equal. I don’t look at people based on their caste, it’s about their efficiency,” he said, in an obvious reference to the caste considerations that had dictated the choice of the new leadership in the state.

Taking a dig at Sidhu’s ostensible interference in Charanjit Singh Channi’s domain, the former chief minister said the PPCC should just decide on party affairs. “I had a very good PPCC president. I took his advice but he never told me how to run the government,” he added, contrasting it with the way “Sidhu was virtually dictating the terms, with Channi simply nodding along”.

He termed it a sad situation for Punjab that Sidhu, “who coauld not handle his own ministry”, should be managing the cabinet. “If Sidhu behaves as the super CM, the party won’t function,” he said, adding that under this “drama master’s leadership”, it would be a big thing if the Congress managed to touch double digits in Punjab polls.

While Channi was intelligent and well-educated, he, unfortunately, had no experience in managing home affairs, which was critical for Punjab that shares a 600-km border with Pakistan, with things getting more and more serious over the years, said Captain Amarinder. The amount of weapons and ammunition coming into Punjab from Pakistan was alarming, he said, once again slamming Sidhu for his close personal relations with the Pakistan leadership.

On the new CM’s announcement of waiver of power bills, he said Channi must have discussed it with the former Finance Minister and they must have thought of something. “I hope they don’t bankrupt the state,” he added.