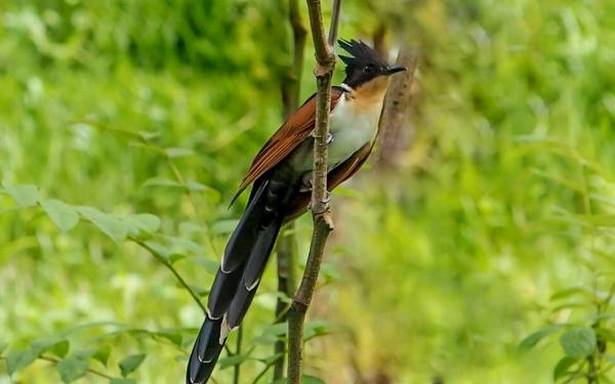 As many as 275 bird and 229 butterfly species were documented in the Coimbatore Forest Division in the year-long assessment done in 2020.

The survey report, released by I. Anwardeen, Additional Principal Chief Conservator of Forests, Coimbatore Circle, and District Forest Officer D. Venkatesh on Saturday, revealed that more species were documented in 2020 than in 2019 when 226 bird and 192 butterfly species were sighted.

The survey, conducted by Coimbatore Nature Society (CNS), The Nature and Butterfly Society (TNBS) and WWF-India covered seven forest ranges of the division. Assistant Conservator of Forests M. Senthil Kumar supervised the exercise that saw the involvement of 70 naturalists and 43 Forest Department staff.

According to CNS president P.R. Selvaraj, systematic surveys help in understanding the ecology of birds and their local and altitudinal movement better. TNBS president A. Pavendhan said that sighting of 229 species of butterflies out of the 278 species in the district’s check-list during the exercise augurs well for the healthy and safe habitat existing for butterflies in the division.

Among the total number of birds recorded, the passerine group of birds topped the list with 133 species. Major groups of birds documented were waterbirds (36 species), raptors (23), barbets and woodpeckers (15), doves and pigeons (13), cuckoos (11), swifts (8) and owls (7). The remaining 29 species were from groups such as ground-feeding birds, Sandgrouses, Kingfishers, Bee-eaters, Rollers, Hornbills, Nightjars, Trogons and Parakeets. Among the total birds sighted, 45 are migratory species.

Interesting sightings during the assessment included migrant species such as Black Baza, a Compact Raptor, a Chestnut-winged Cuckoo, Red-headed Bunting and Grey-necked Bunting.

A large congregation of Crows (Euploea species) was reported from Sirumugai range and Common Albatross, a butterfly known for its migratory behaviour, were seen in the thousands throughout Karamadai range.