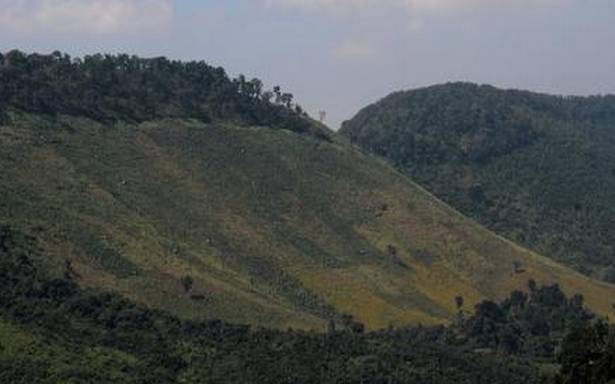 These people from Deogarh and Rairakhol of Odisha and Jharkhand were trying to clear one hectare of land inside Tal reserve forest, according to an officer.

The Odisha Forest and Environment Department arrested 35 persons who were illegally clearing a reserve forest area to set up a hamlet.

“These people mostly tribals from Deogarh and Rairakhol of Odisha and from bordering Jharkhand were trying to clear one hectare of land inside Tal reserve forest to construct permanent dwelling units,” said Ramakant Nayak, Divisional Forest Officer of Rairakhol in Sambalpur district, on Wednesday.

Mr. Nayak said this group had earlier made an attempt to clear forest for dwelling purposes and it was thwarted by forest department employees.

Odisha has reported more than 55,000 forest offences during the past five years while the involvement of 50,000 criminals came to light.

Replying to query on steps being taken by the State government to prevent felling trees and poaching of wild animals in the Assembly on Tuesday, Bikram Keshari Arukha, Forest and Environment Minister, said, “during five years (2016-17 to 2020-21), total of 55,412 forest offences have been registered. Involvement of 50,740 criminals has been found in these cases.”

He said the reward for providing information about forest offences was increased from ₹1,000 to ₹5,000 by amending the Odisha Forest Act 1973. Two forest department employees had died and 36 sustained injuries.

The Minister informed the House that as per Forest Survey of India’s 2015 report, the area covered by forest in Odisha was 50,354 sq km which increased to 51,618.51 sq km in 2019. Two timber-smuggling prone forests were being guarded by armed police reserve personnel.

According to the reply, the State forest department has constituted 13,357 Van Surakshya Samiti and they have been entrusted to protect 12,296.21 sq km of forest.

To another question, Mr. Arukha replied that in past four years, 282 elephants and 17 tigers and leopards died in the State. Out of 282 elephant deaths, only seven were poached, said the Minister.

Though only 17 tiger and leopard deaths are mentioned in the reply, the Special Task Force of Odisha Police and Forest Department have seized more than 25 leopard skins in the past one and half year.