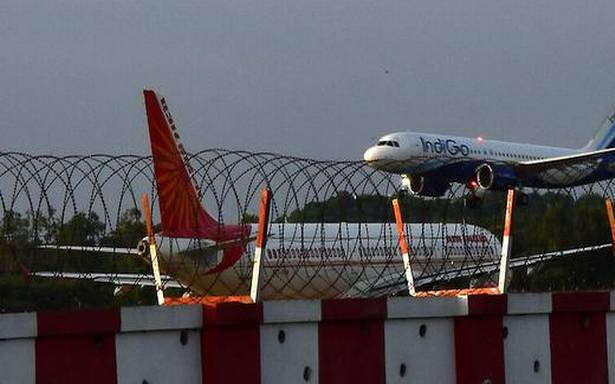 Final decision to be taken only after a feasibility study, say sources

In what could be a game changer for Chennai airport, the Airports Authority of India is mulling constructing a parallel runway to reduce congestion and improve capacity.

Sources said a few weeks ago, at a high-level meeting, an idea was proposed detailing why Chennai airport should have a parallel runway. “A team from the headquarters will carry out a feasibility study in a few months on where it can be constructed, how much land needs to be acquired, what will be the capacity enhancement and the pros and cons of building it. Only based on the conclusions of the report, it will be decided whether or not to go ahead with this plan. One of the options we have considered is to build it close to the 30-end of the secondary runway, extending towards the Tambaram side. It will be implemented only if it is safe,” a source said.

With the second airport for the city remaining a non-starter for more than a decade now, it is imperative that the airport needs some kind of an airside capacity enhancement, sources said. Chennai airport has been falling behind the other metro airports like Delhi, Mumbai, Hyderabad and Bengaluru in terms of air traffic and passenger traffic growth, especially in the last two years. The airport has been managing with a main runway and a secondary runway, whose capacity remains limited and the cross runway operations too are not carried out any more.