The company, for the first time, released promising data on incidence of severe disease: 10 severe cases of Covid-19 observed in the trial, with nine cases occurring in the placebo group and only one in the group that received the two-dose mRNA vaccine. 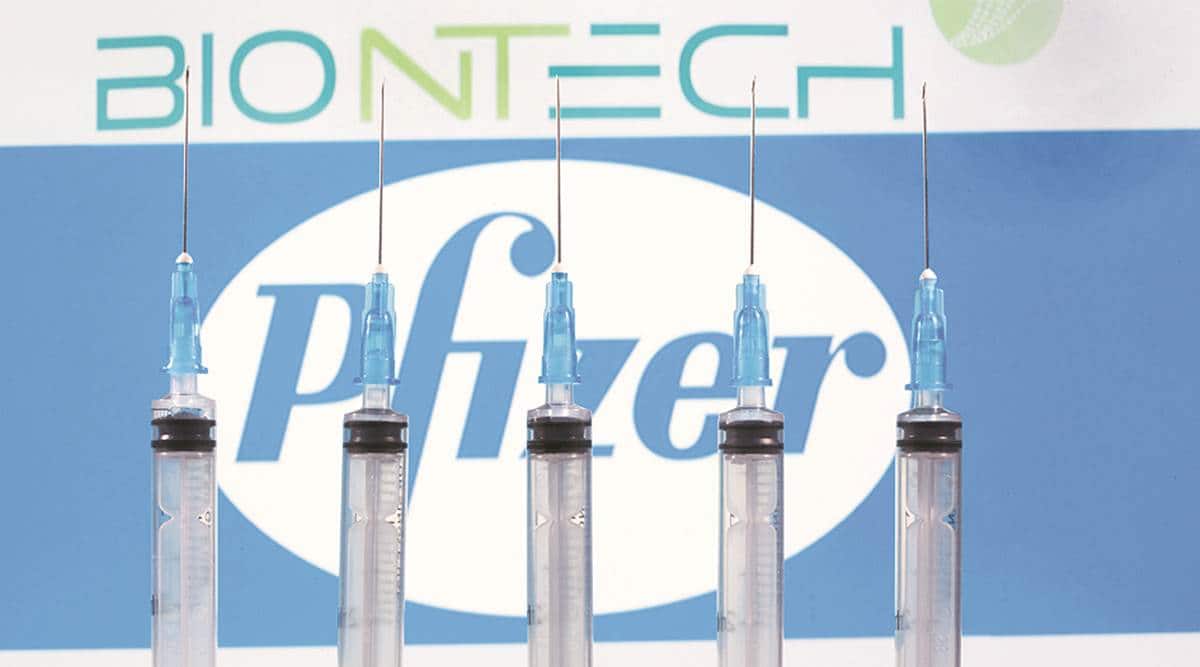 US pharma giant Pfizer and its German partner BioNTech on Wednesday announced that their vaccine candidate, after the final efficacy analysis in their ongoing phase-3 clinical trial, indicates an efficacy rate of 95 per cent in volunteers without prior Covid-19 infection.

The company, for the first time, released promising data on incidence of severe disease: 10 severe cases of Covid-19 observed in the trial, with nine cases occurring in the placebo group and only one in the group that received the two-dose mRNA vaccine.

On Wednesday, the company announced that its mRNA-based vaccine candidate — BNT162b2 —met all of the study’s ‘primary efficacy endpoints’. Specifically, it stated, during phase-3 trial, where the analysis was based on 170 cases of Covid-19, it was found that 162 cases were in the placebo group and only eight cases in the group that got the two-dose vaccine.

“Efficacy was consistent across age, gender, race and ethnicity demographics. The observed efficacy in adults over 65 years of age was over 94%,” it stated.

The announcement comes days before the companies plan to submit the data to the US regulator for Emergency Use Authorisation (EUA). “Pfizer and BioNTech plan to submit a request within days to the FDA for an EUA based on the totality of safety and efficacy data collected to date, as well as manufacturing data relating to the quality and consistency of the vaccine. These data also will be submitted to other regulatory agencies around the world,” the company said.

On Wednesday, Pfizer-BioNTech released data on reactogenicity, the ability to produce common adverse reactions during the phase 3 trial: it said that the grade 3 (severe) adverse event effect to occur in more than 2 per cent of participants were fatigue, which occurred in 3.7 per cent after the second dose; and headache, which occurred in 2 per cent.

The company stated: “A review of unblinded reactogenicity [physical manifestation of the inflammatory response to vaccination] data from the final analysis which consisted of a randomized subset of at least 8,000 participants 18 years and older in the phase 2/3 study demonstrates that the vaccine was well tolerated, with most solicited adverse events resolving shortly after vaccination.” It also said that older adults tended to “report fewer and milder solicited adverse events following vaccination”.

“The study results mark an important step in this historic eight-month journey to bring forward a vaccine capable of helping to end this devastating pandemic. We continue to move at the speed of science to compile all the data collected thus far and share with regulators around the world,” Pfizer chairman and CEO Dr Albert Bourla said. The phase-3 clinical trial of the Pfizer-BioNTech candidate, BNT162b2, began on July 27 and enrolled 43,538 participants, 38,955 of whom had received a second dose by November 8. Why business barons should not run banks