Vaidya made the remarks while speaking at the inauguration of the magazine’s new office in Delhi's Mayur Vihar on Monday. Former BJP general secretary Ram Madhav, along with key functionaries of the Sangh and BJP's state unit, were also present at the event. 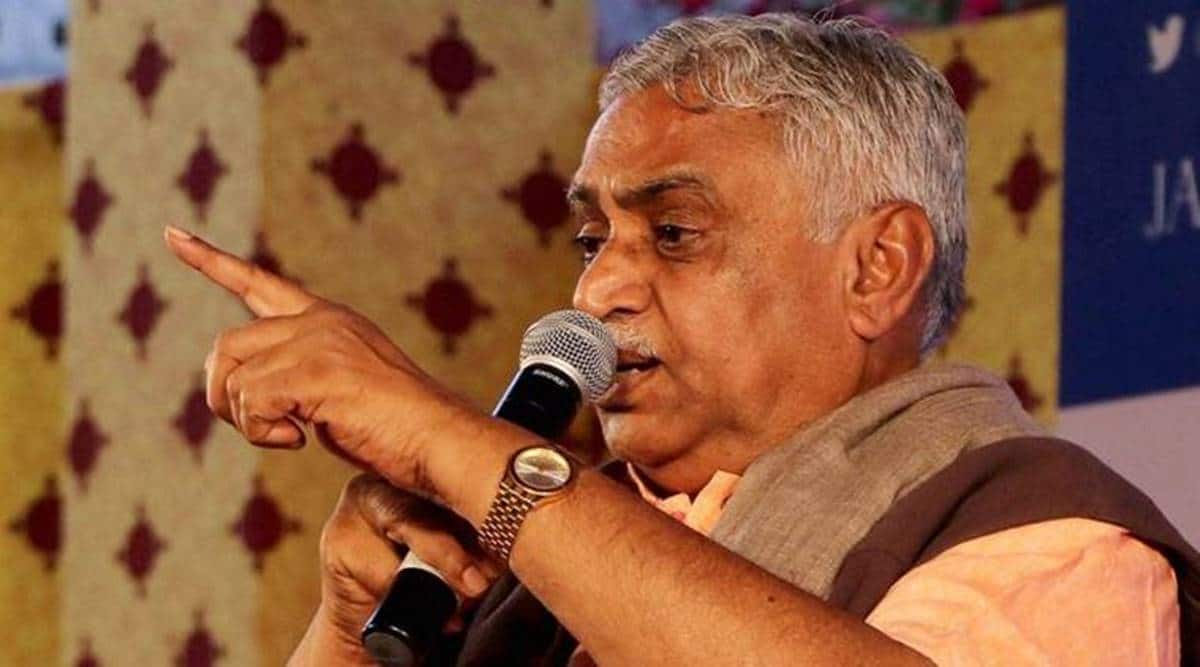 After the RSS sought to distance itself from views expressed in an article in Sangh-affiliated magazine Panchjanya — that Bengaluru-based IT major Infosys may be deliberately trying to destabilise the Indian economy and accused it of helping “Naxals, Leftists and tukde-tukde gang” — RSS joint general secretary Manmohan Vaidya has praised Panchjanya and called it the harbinger of ‘dharmayudh’, or battle of principles.

Vaidya made the remarks while speaking at the inauguration of the magazine’s new office in Delhi’s Mayur Vihar on Monday. Former BJP general secretary Ram Madhav, along with key functionaries of the Sangh and BJP’s state unit, were also present at the event.

A day before that, RSS had, in a statement issued Sunday, praised Infosys and said that Panchjanya was not a Sangh mouthpiece.

Speaking at Monday’s event, Vaidya said, “The Indian thought is all-inclusive. There are many forces which want to dim (weaken) its influence. These anti-national forces are being weakened slowly. In one sense, this is a dharmayudh, and Panchjanya is its herald.”

Stating that there are two sides in every battle, he said, “One will have to shoot arrows at those not with dharma. In the end, dharma will be victorious. We have to take everyone along.”

Asked about the context of his speech, Vaidya told The Indian Express, “Panchjanya and Organiser were the only context.”

Posting that Infosys has made “seminal contribution in progress of the country”, RSS spokesperson Sunil Ambekar had tweeted on Sunday, “…the article published by Panchjanya in this context only reflects individual opinion of the author. Panchjanya is not mouthpiece of the RSS and the said article or opinions expressed in it should not be linked with the RSS.”

While Ambekar said Panchjanya is not an RSS mouthpiece, the two have been closely tied not only at an ideological level but also at the organisational level.

The Panchjanya editor is a regular invitee to RSS’s annual Akhil Bharatiya Pratinidhi Sabha (ABPS) baithak. ABPS is the Sangh’s highest decision-making organisation and its annual meetings are attended only by representatives of its key affiliate bodies.

“The editor of Panchjanya participates in Pratinidhi Sabha baithak. I did not go this year, but have participated earlier. It is on invitation from the Sangh,” Panchjanya editor Hitesh Shankar said.

Underlining that Panchjanya and Organiser are not official mouthpieces of RSS, former editor of Organiser R Balashankar said the two are “quasi-official” magazines of Sangh Parivar. “Both have been headed as editors by very senior RSS people. From Vajpayee to K R Malkani, L K Advani, Bhanu Pratap Shukla, Vinay Nand Mishra and Devendra Swaroop — all top people from BJP and RSS who have been editors of one of the two magazines,” he said.