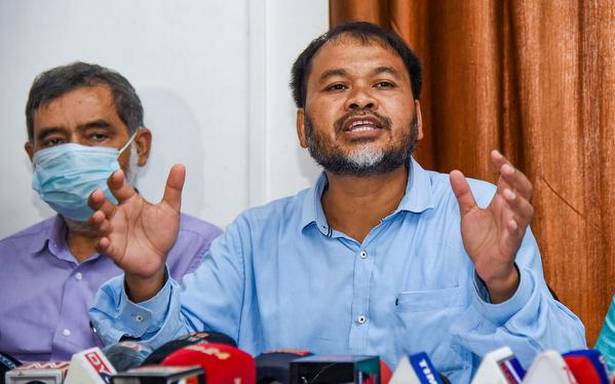 Activist and Sibsagar MLA Akhil Gogoi on September 6 led a rally against the Assam Cattle Preservation Act, 2021, stating that the law was an assault on the farm economy in the name of religion.

The rally was organised in Dhemaji district’s Jonai.

Mr. Gogoi, who is the president of Raijor Dal, said the Bharatiya Janata Party-led Assam government had introduced the cow protection law “to harm Muslims and Christians in the name of safeguarding Hinduism”.

The MLA also advised dairy farmers to leave their cattle in front of Chief Minister Himanta Biswa Sarma’s residence if the law was not rolled back.

The Act was passed amid an Opposition walkout in the Assam Assembly a month ago. It prohibits the sale and purchase of beef in areas inhabited by non-beef-eating communities and within a radius of 5 km of a temple or a satra (Vaishnavite monastery).

The new legislation seeks to repeal the Assam Cattle Preservation Act of 1950 for regulating “slaughter, consumption, illegal transportation” of cattle. It also prohibits the inter-State transport of cattle to and from, as well as through Assam without valid documents — a clause that was included ostensibly to check cattle smuggling to Bangladesh, which shares a 263 km border with Assam.