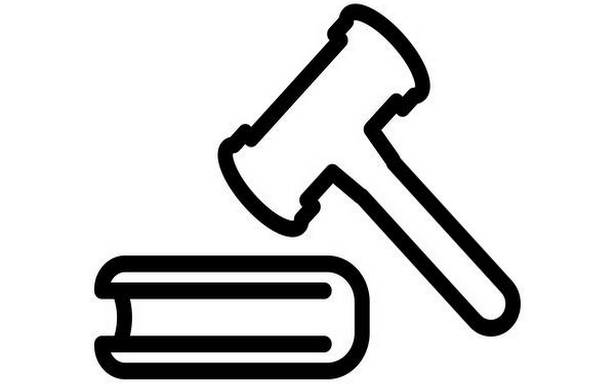 This apathy has been against “our national interest”, said the judge, adding that the kingdoms of ancient India had a fine justice dispensation system. The judge underlined Kautilya’s theory about the duties of the king which, according to him, is based on the great tradition established in the age of Ramayana. He implied that many ideas of modern methods of adjudication were prevalent in indigenous jurisprudence.

While talking about judicial corruption too, Justice Nazeer had a point. After quoting Brihaspati, he said that “a corrupt judge, a false witness and the murderer of a Brahmin” were considered as criminals on a par with one another. Evidently, the Brahmins remained on a different pedestal even while assessing the culpability of the act. On selection of judges, he recalled the Vedic priest, Katyayana, who insisted that the king had to appoint only a Brahmin to act as a judge. It is equally curious that Justice Nazeer has found glory in the Arthashastra which contemplated punishment for an official for personally talking with a woman employee, during work hours.

The speech by Justice Nazeer has certain distinct characteristics. It is nostalgic in tone and abstract in its concept. It lacked coherence in terms of specific legal situations. The speech contained generalisations without situational references. It did not indicate a concrete and comprehensive legal system that is desirable or adaptable for the nation, after Independence. The basic issues with the speech, however, are two-fold. First, it ignores the Constituent Assembly debates on designing the nation’s legal landscape. Second, when religious revivalism is used as a political tool by the ruling dispensation, the legal revivalism expounded by the judge in generic terms can only subserve the regime’s political and populist agenda.

The Constituent Assembly debates started on December 9, 1946 and were completed on November 26, 1949 on which day the Assembly approved the draft. Though the Government of India Act, 1935 was a major source for the constitutional script, the debates in the Assembly and their outcome made it a unique socio-political document.

The plea for Indianness was very prominent in the discourse. K. Hanumanthaiah, a member from Mysore, on November 17, 1949, lamented: “We wanted the music of Veena or Sitar, but here we have the music of an English band”. Pandit Govind Malaviya’s suggestion was to start the Preamble to the Constitution by the words, “by the grace of Parameshwar, The Supreme Being, Lord of the Universe….” Mahavir Tyagi, on December 27, 1948 emphasised regaining “spiritual freedom” and not just political freedom. Lokanath Misra was anxious about “the complete annihilation of Hindu culture” (December 6, 1948). On the other hand, H.V. Kamath warned that the history of Europe during the middle age was “bloody” and it showed “the pernicious effects that flowed from the union of Church and State” (December 6, 1948). He said that “if a State identifies itself with any particular religion, there will be rift within the State”. This was in sharp contrast with what Lokanath Misra said on December 3, 1948, “If you accept religion, you must accept Hinduism as it is practised by an overwhelming majority of the people of India.”

These remarks and many others only epitomise the large volume of kaleidoscopic viewpoints that the Assembly chose to deliberate on. The plea for “Indianisation” was confronted not only with the values of western liberal democracy but also with the finer parts of the Indian tradition, which were organically incorporated into the Constitution.

The second facet of Justice Nazeer’s speech has contemporary relevance and to understand it, we need to contextualise the opinion. The speech tries to create a narrative of a good old past without any convincing materials in support of it. This is totally in line with the right wing’s political rhetoric which relies on the unsubstantiated glories of the past. Justice Nazeer’s remarks have come at a time when the regime is trying to subvert the Constitution and the idea of the Rule of Law in multiple ways. At a time when even legislations are being used as a means to shatter constitutional tenets such as secularism and federalism, the remarks of the Supreme Court judge against the alleged colonial nature of the legal system, which includes the nation’s Constitution, are deeply disturbing.

Metrics and a descent

The country’s democracy has stooped to a new low in recent times. It went down in the freedom index as well as hunger index. On December 27, 2021, The New York Times reported that “in India, laws against religious conversions have been accompanied by mob violence”. Hate speech has become a prominent mode of articulation in the country which is abetted by selective invocation or non-invocation of the penal laws. When the Constitution becomes the most effective tool against electoral autocracy, the speech by Justice Nazeer has had only an adverse impact on the movements thriving to restore the values of the Constitution. It is significant that even while attacking the colonialised legal system, Justice Nazeer did not find fault with the sedition law or such other draconian penal provisions, which are all colonial remnants.

Legal scholars David Landau and Rosalind Dixon, in a comprehensive study, explained that “across a range of countries, would-be authoritarians have fashioned courts into weapons for, rather than against, abusive constitutional change” (Abusive Judicial Review: Courts Against Democracy, 2019). They have predominantly dealt with the process of adjudication which, in one way or another, aids or abets “a broader project of democratic erosion”.

Against separation of powers

But the ideological change that occurs in the institution of judiciary and the persons running it is another fundamental factor that determines the quality of judiciary and polity. The quintessential relationship between the judicial ideology and the political ideology was explained by J.A.G. Griffith in his classic work, The Politics of the Judiciary (1977). Remarks by the judges, on and off the Bench, need to be analysed by positioning them against political situations. Some comments by the judges could be an expression of sheer personal admiration for the Prime Minister as discernible from Justice Arun Mishra’s speech in February 2020, when he described the Prime Minister as a “versatile genius who thinks globally and acts locally”. In February 2021, Justice M.R. Shah said that Prime Minister Modi is a “popular, loved, vibrant and visionary leader”. Both these comments do not augur well for our democracy since these are not in tune with the constitutional scheme of the separation of powers and expected judicial behaviour. Justice Nazeer’s views indicate an unfortunate ideological shift in our judiciary.

Kaleeswaram Raj is a lawyer at the Supreme Court of India. The views expressed are personal