The policy was “just, equitable, non-discriminatory and based upon an intelligible differentiating factor between the two age groups (45 plus and those below)”, it said. 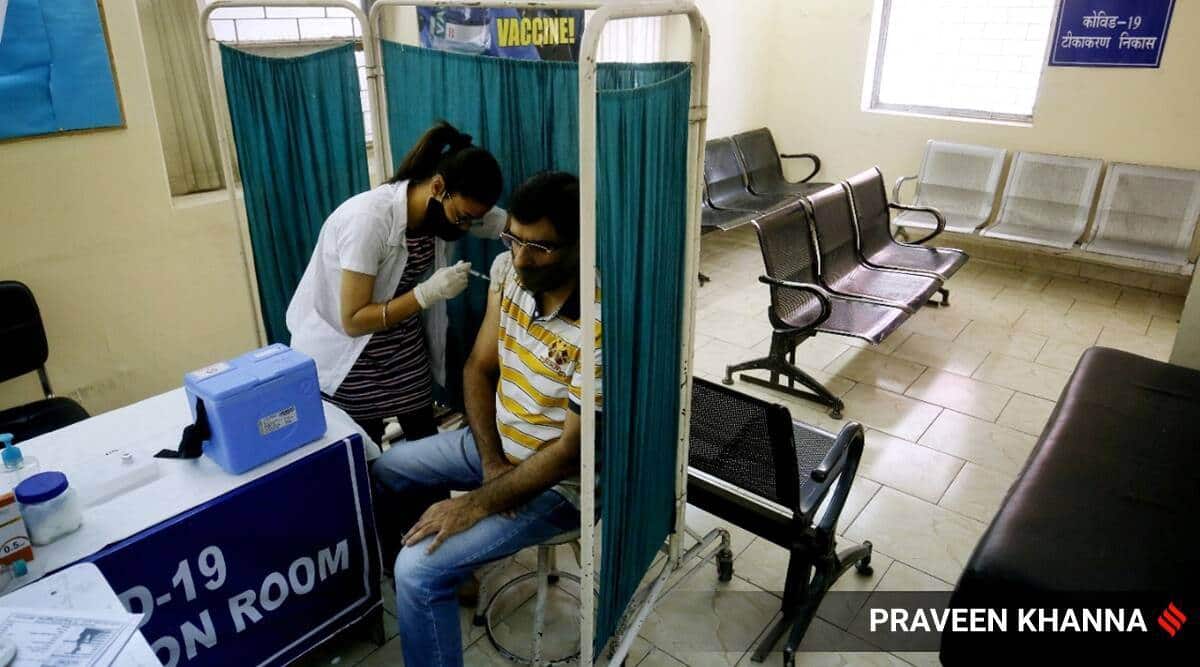 The Centre on Sunday told the Supreme Court that its vaccination policy had been framed to ensure equitable distribution, with the limited availability of vaccines, vulnerability, and the fact that vaccinating the entire country was not possible in one go due to the suddenness of the pandemic, “as the prime consideration”.

The policy was “just, equitable, non-discriminatory and based upon an intelligible differentiating factor between the two age groups (45 plus and those below)”, it said.

The “policy thus, conforms to mandate of Article 14 and Article 21 of the Constitution of India and is made after several rounds of consultation and discussion with experts, State Government and vaccine manufacturers…”, the Centre said in its affidavit filed before the top court.

The policy requires “no interference by this Hon’ble Court as while dealing with a pandemic of this magnitude, the Executive does have a room for free play in the joints, in larger public interest”, it said.

On April 30, the Supreme Court, while hearing a suo motu matter with regard to Covid-19 management issues, had called for “revisiting” the Centre’s “revised” Covid-19 vaccine procurement “policy”, saying “the manner in which the current policy has been framed would prima facie result in a detriment to the right to public health, which is an integral element of Article 21 of the Constitution.”

Under the Liberalized and Accelerated National Covid-19 Vaccination Strategy which came into force on May 1, vaccine manufacturers would supply 50 per cent of their monthly Central Drug Laboratory (CDL)-released doses to the Centre, and would supply the remaining 50 per cent doses to “other than Government of India channel”, i.e., state governments, private hospitals, and hospitals of industrial establishments.

Under this Strategy, vaccinations in the 18-44-years age group is permitted under the “other than Government of India channel”. The court had flagged that manufacturers were charging two different prices from the Centre and states.

On pricing, the Centre’s affidavit says that although states procure the vaccines, the Centre has, by conducting informal consultations with the vaccine manufacturers, ensured that the price is uniform for all states.

It adds that the distribution of vaccines among the states is also based on equitable and rational criteria to eliminate and possibility of differences in the bargaining power of a state having a detrimental impact on residents of other states.

“The Central Government by nature of its large vaccination programme, places large purchase orders for vaccines as opposed to the State Governments and/or Private Hospitals and therefore, this reality has some reflection in the prices negotiated”, the affidavit says.

The price factor “will not have any impact on the ultimate beneficiary namely, the eligible person getting the vaccine, since all State Governments have already declared their policy decision that each State will be administering vaccine to its residents, free of cost”, the Centre has said.

“Thus, while it is ensured that the two vaccine manufacturers – Serum Institute of India and Bharat Biotech – are not unduly enriched from out of public money, the citizens are not supposed to make any payment for getting both doses of the vaccine.”

The government submitted that both the manufacturers “have taken financial risk in developing and manufacturing these vaccines and it is prudent to take decisions on pricing through negotiations in a transparent consultative process keeping statutory provisions as a last resort under the present circumstances”.

Referring to the vaccine shortage and attempts to rope in more global players, the affidavit referred to the “possibility of vaccine pricing decision in India having an inevitable impact on the country’s efforts bringing in more global vaccine manufacturers in to the country”.

The government said that half of the 50 per cent doses available to states for vaccinating the 18-44 category will go to the private sector, and enable those who can afford it to access the same, thereby reducing the operational stress on government vaccination facilities.

The government however stressed that “this allocation, found to be more prudent, may undergo a rational change if, on facts, as per their respective performance and availability of vaccines. This policy and process is dynamic to factor in some changes in public interest in future, either in the event of more doses being available from within India or from outside or for any other reason, if such change is required”.

The affidavit also pointed to the limited scope for judicial review in matters like management of the pandemic, and said the “Central Government has taken its executive policy decisions in the most scientific manner, in consultation with experts in the field, keeping in mind the health and well-being of the citizens as the main and only focal point in the context of the unprecedented human crisis faced by the nation requiring no second guessing as there are several factors put in to such decision making for effective pandemic management for which there may not be existing any judicially manageable standards.