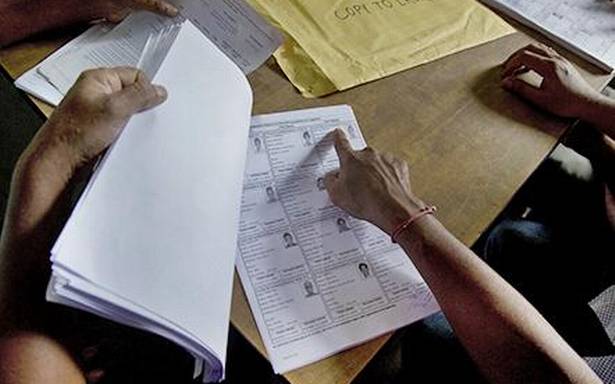 A minority organisation has asked the Ministry of Home Affairs to take action against Hitesh Dev Sarma, Assam’s Coordinator for the National Register of Citizens (NRC) for “biased activities” and failure to issue rejection orders to those excluded from the updated list of citizens.

In a letter to the MHA Secretary on June 7, the All Assam Minority Students’ Union (AAMSU) said bias had prompted the NRC Coordinator to file two interlocutory applications in the Supreme Court on May 11 seeking a comprehensive re-verification of the complete list of citizens published on August 31, 2019.

The AAMSU pointed out that Mr. Sarma projected the NRC as a “draft” with a view to discarding the entire exercise carried out under the direction and supervision of the apex court.

Of the 3.3 crore people who had applied for inclusion in the NRC, 19.06 lakh were left out for lack of adequate documents to establish their citizenship. Those on the rejection list were supposed to have been served notices with reasons for their exclusion.

According to the AAMSU, each of these 19.06 lakh people has been awaiting the rejection slip for approaching a Foreigners’ Tribunal to present their cases afresh within 120 days of receiving the notice.

Keeping the excluded people in limbo by not issuing the rejection orders is an injustice that warrants action against the NRC Coordinator, the AAMSU said.