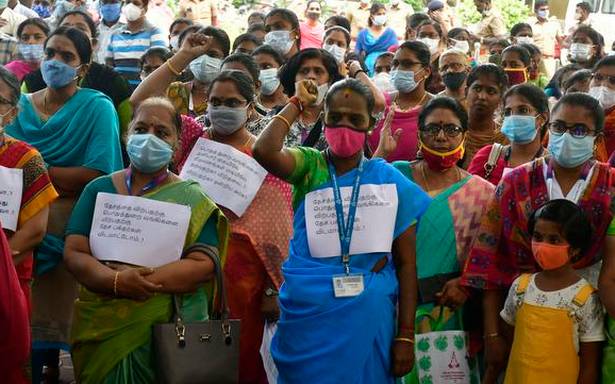 The unions demnded that the Centre withdraw the privatisation Bill, which is expected to be introduced in the current winter session of Parliament.

Operations in all public sector banks in the city were affected on Thursday, the first day of the strike. Boards were displayed in front of some branches informing their customers about the strike.

Officers and employees staged a demonstration in front of SBI branch at Cantonment. They raised slogans against the Centre for attempting to privatise profit-making public sector banks. About 500 employees and officials, including 200 women, took part in the agitation.