Politicians, pollsters making bogus claims about EVMs can still be explained by the sore losers’ syndrome. But so-called influencers and journalists calling for a return to the old paper-based elections lack basic understanding of India’s election system. 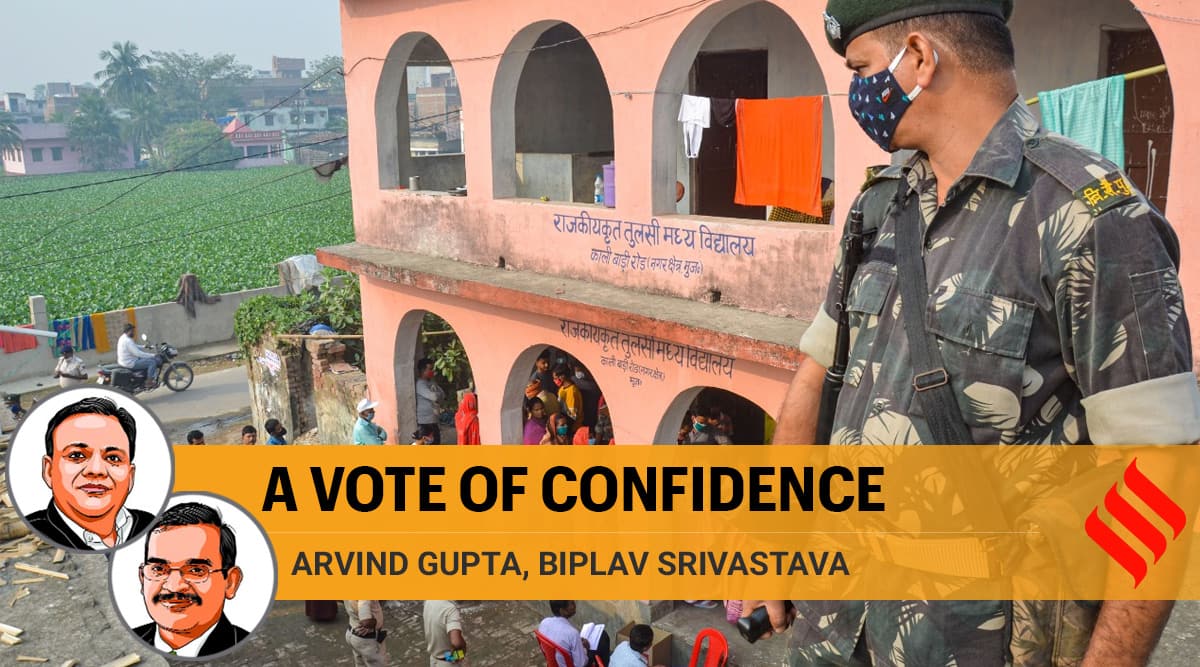 The term “state of the art (SOTA)” is often used to rate performance results in technology fields like algorithms and artificial intelligence. It is also an apt term to describe processes and technology used to perform activities at unprecedented scale, like holding the largest election in history in India in 2019, in which over 610 million people from a nearly 910 million eligible voter population voted. The Indian festival of democracy repeats itself nationally every five years, and is a great study of people, process and technology integrity. When seen in the context of the ongoing presidential election in the US, where a 150 million electorate participated in 50 states with diverse processes and technologies, and the slow results that are still being contested, the contrast could not be more stark. The just concluded Bihar 2020 assembly elections further reinforce the robustness of the Indian election model.

The 2019 elections in India were not only large in scale but also fair. Its results were respected by all important stakeholders — the citizens, winners and most losers, media and the international community.

Elections have many things in common to artificial intelligence (AI), which seeks to build intelligent systems and high value SOTA techniques — for instance, scale, speed and, above all, trust. There is nothing more important that a country can do to safeguard its future than to hold fair and free elections that are trusted by everyone. Putting money in defence, health, education and infrastructure, skills etc. makes a country strong, but nothing surpasses people trusting their government. Just as technology like AI needs to be trusted or it will fall short of its potential, so do governments.

India takes its elections seriously. The election process in India is governed by uniform election laws and the Election Commission of India (ECI), an autonomous statutory body, is singularly tasked with conducting all national and state elections. During the election period, the ECI wields enormous power over government machinery and is tasked with ensuring election integrity. The election process in India is not a one-time activity. Electoral lists are updated annually in January with minor updates before state and national elections, with identity and community checks. Proposals to de-duplicate the voter lists with Aadhaar identity have been under consideration. The ECI sets the election process in motion by announcing a timetable, with which the model code of conduct come into force. The code applies to candidates, parties, media and government. Simultaneously, government officials are trained and posted as observers and polling officers. The candidates themselves assign booth level agents (BLA), who can also be trained by the ECI on fair electoral practices and the checks and balances in the system.

Opinion | S Y Quraishi writes: Bihar can be a leading example of how to successfully conduct a poll in difficult times

At the end of the campaigning period and the day before the voting day, each candidate’s BLA signs off on the mock election as well as the final sealed voting kits, including the Electronic Voting machine (EVM), Voter Verifiable Paper Audit Trail (VVPAT) machines and their respective backup machines. In 2019 elections, India had 1.03 million voting booths, with 3.96 million EVMs and 1.74 million VVPAT machines deployed. The checks and balances in the process is such that all EVMs have unique numbers and the list of deployed EVMs per voting booth is with each candidate as per their constituency. EVMs are sealed and signed by the concerned officials as well BLAs, with even seals having an identifier.

Further, as per best security practices, EVMs are never in a network of any sort. There are no Bluetooth or WiFi signals the machines are connected to. To create transparency, on similar lines as the Netflix million-dollar challenge to improve its recommendation algorithm, the ECI, in 2017, also offered a “white collar” hackathon to improve the technical integrity of EVMs and suggest any possible backdoors. None of the high-decibel activists or political parties could point any issues or suggest improvements to the existing EVM system.

After the election, the equipment is moved to a secured location and stored under tight security until the counting day. On the counting day, votes are tabulated and real-time results are announced on the ECI website, with observers from all parties present and cross-certifying the results. The final results are certified by ECI and presented to the President, who then follows the constitutional process of inviting the appropriate party/alliance to form the new government.

Editorial | Bihar government needs to protect gains of the social justice agenda, address challenge of economic justice for all

The 2019 national elections deployed 1.74 million VVPATs and over 1 per cent random samples around 20,625 EVMs count was physically matched with VVPAT contained paper receipts. There wasn’t a single mismatch. Statistically, this sample was large enough to verify the confidence in EVMs and remove any doubts about the integrity of the Indian electoral system.

Politicians, pollsters making bogus claims about EVMs can still be explained by the sore losers’ syndrome. But so-called influencers and journalists calling for a return to the old paper-based elections lack basic understanding of India’s election system. Perhaps, they should themselves type their thoughts on a manual typewriter, cyclostyle 10,000 copies and mail the same to their followers instead of tweeting.

This article first appeared in the print edition on November 13, 2020 under the title ‘ A vote of confidence’. Gupta is a technology entrepreneur and currently heads Digital India Foundation. Srivastava teaches computer science and is an AI researcher.