BJP spokesperson Gaurav Bhatia criticised the CWC for not reacting to the ghastly murder of a Dalit man at the Singhu border and questioned if the Congress party stood with the "Talibani mindset" behind the killing. 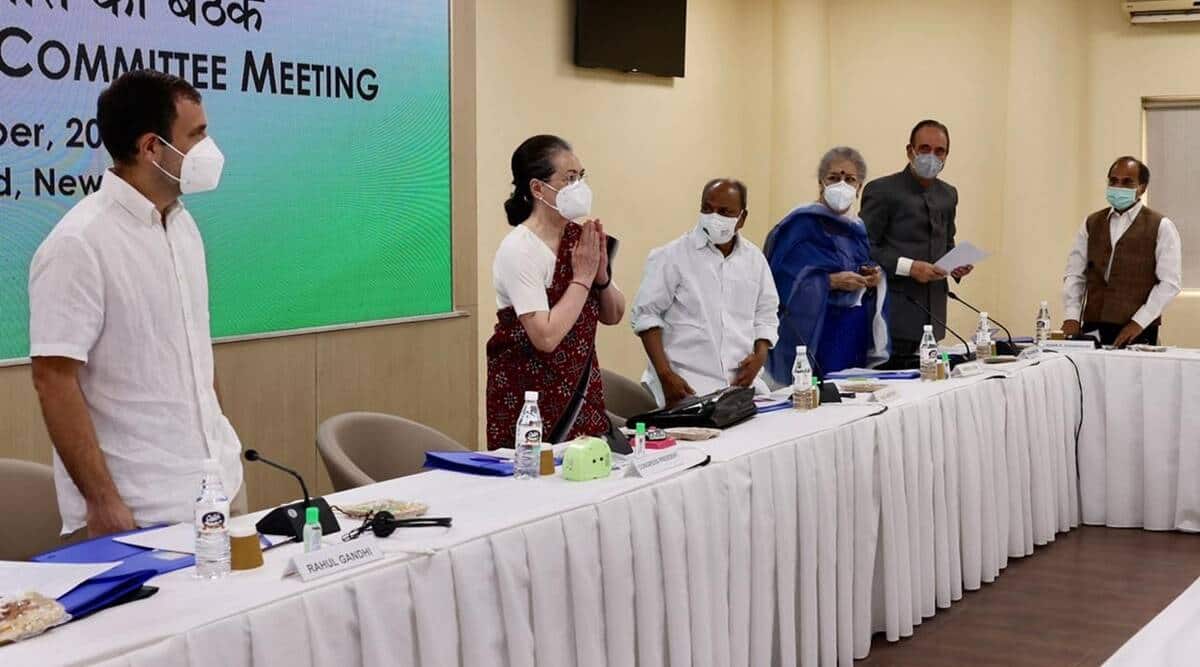 The BJP on Saturday mocked the Congress Working Committee meeting as “parivar bachao working committee” and alleged that it offered no answers to the issues of the party’s internal rift and its leadership’s failures, and instead indulged in spreading lies.

BJP spokesperson Gaurav Bhatia also criticised the CWC for not reacting to the ghastly murder of a Dalit man at the Singhu border, one of the sites for the farmers’ protests, and questioned if the opposition party stood with the “Talibani mindset” behind the killing. Anarchic elements are using farmers for their politics, he said.

“For the sake of petty and cheap vote bank politics, opposition parties, especially the Congress, will maintain deafening silence on this key issue. They will not have courage to call spade a spade because it does not suit their political narrative,” Bhatia said while also attacking farmer leader Rakesh Tikait for his reported remarks that organisers cannot be blamed for such a incident.

Taking a swipe at Sonia Gandhi over her assertion that she was a “full time and hands on” Congress chief, he noted her status as the interim president of the organisation and the demand of the group of disaffected party members, referred to as G-23, that it should have a full time head.

“It will not be wrong to say that it was less a Congress Working Committee and more a parivar bachao working committee (save family working committee),” he said, alleging that Gandhi’s opening remarks did not touch on a host of issues facing the party and left unanswered people’s questions about Congress-run governments in different states.

The Congress again advanced the politics of lies and spreading confusion, he said, in an apparent reference to her attack on the Modi government over a host of issues, including three “black (farm) laws”, killings in Jammu and Kashmir, Lakhimpur Kheri violence and the state of the economy.

Bhatia cited the police lathi-charge on a group of protesting farmers in the Congress-ruled states of Punjab and Rajasthan and also noted that a law on contract farming brought in by Punjab says that farmers can be arrested for breaking the agreement.

This is what a black law is, and the Congress president should ensure that it is withdrawn, he said.

The BJP spokesperson also took a dig at her for the part of her statement in which she is noting that all CWC are now doubly vaccinated, paving the way for its first physical meeting since the Covid-19 outbreak, as he noted the opposition party’s trenchant criticism of the Modi government’s vaccination policies.

The Congress should offer words of thanks to scientists and doctors when 100 crore doses of vaccines are completed in a few days, he added.

Bhatia also criticised Gandhi for not visiting her Lok Sabha constituency of Rai Bareli for over 21 months, alleging that she has been a failure as a MP.