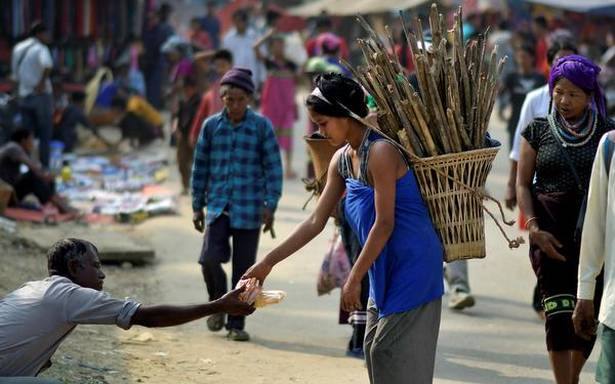 The National Green Tribunal (NGT) has sought replies from the Forest Department and a district administration in Tripura on a complaint that Bru refugees from adjoining Mizoram were being resettled in a forest.

On June 9, the Kolkata-based eastern zonal Bench of the NGT directed the Principal Secretary of Tripura’s Forest Department, the District Magistrate of North Tripura district and other officials to submit a report on the rehabilitation plan by July 14.

The order was issued on the basis of a complaint by Dhanishwar Debnath who cited an e-tender floated by the Tripura government on November 4, 2020, seeking “certain constructions within a forest area” in North Tripura district.

The complainant, who resides in the area, said the construction for resettling the Brus would be in a 250-hectare green belt. He pointed out that this would be in violation of Section 2 of the Forest Conservation Act of 1980.

“In our opinion, matter requires consideration,” the Bench of Judicial Member B. Amit Sthalekar and Expert Member Saibal Dasgupta said, allowing the complainant to implead the State’s Principal Chief Conservator of Forest and Head of Forest Force.

More than 40,000 Brus — also called Reangs — have been living in the Tripura relief camps since 1997 after escaping ethnic violence in Mizoram. About 7,000 refugees returned to Mizoram after nine phases of repatriation till November 30, 2019.

The rest stayed put citing security reasons. The repatriation stalemate ended with the signing of the quadripartite agreement on January 16, 2020, among representatives of Brus, the Ministry of Home Affairs and the Tripura and Mizoram governments.

The agreement incorporated a proposal from Tripura Chief Minister Biplab Kumar Deb and the State’s royal scion Pradyot Manikya Debbarma for rehabilitating the Brus in Tripura instead of making them go back to Mizoram.

The Brus have been insisting on settling at least 500 of about 6,500 refugee families in one place. Local groups in Kanchanpur and Panisagar subdivisions of North Tripura district want them to be scattered so that other parts of the State can “absorb the load”.