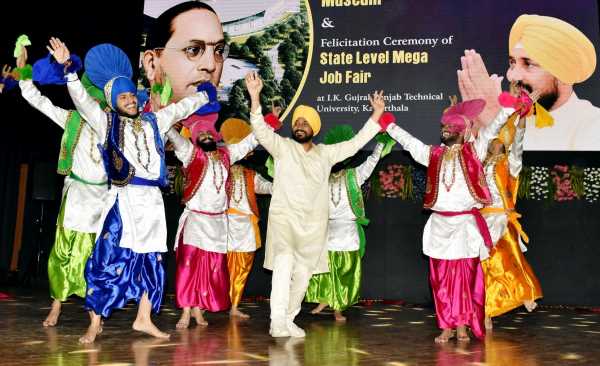 Charanjit Singh Channi, minister for technical education in the Amarinder Singh government, will now have the task of challenging the combined might of the Jat Sikhs, backing not just the Shiromani Akali Dal but also the Congress.

Over the next six months, he has to prove not just that he has the support of Punjab’s scheduled castes but also of the state’s caste aristocracy. He has to establish that he is more than just a figurehead Dalit leader in a region that bears allegiance to Kanshi Ram’s Bahujan Samaj Party.

The going will not be easy.

Punjab’s caste politics should be easy to understand, but it is not.

Ramdasia Sikhs, the caste to which Channi belongs, were originally a part of the larger cluster of Punjabi Chamars. It was only the fourth Sikh guru, Guru Ramdas, who identified them as Sikhs. They believe he was the Guru who made the Sikh religion more caste-inclusive.

But even after that, in much of Doaba, the region between the Beas and the Sutlej rivers, to which Ramdasia Sikhs largely belong, they were not allowed to participate in langar (community eating), as a result of which they went ahead to establish their own gurdwaras.

Ramdasias were the only Sikh community to be granted the status of scheduled caste in Punjab. The most famous Ramdasia was Kanshi Ram, the founder of the Bahujan Samaj Party. In June this year, the BSP and the Shiromani Akali Dal struck an electoral alliance for the second time in history, for the upcoming assembly elections in the state.

The BSP’s base in Punjab has been dwindling. Its vote share went down from 4.3 per cent in 2012 to 1.5 per cent in 2017, possibly in part because a part of the Dalit vote shifted towards the Aam Aadmi Party.

Dalits in Punjab, Hindu or Sikh, have never wielded power in proportion to their population. Their leaders have mostly been nominal poster boys — for instance, the BJP appointed Vijay Sampla, Dalit leader and MP from Hoshiarpur, Union minister in 2014, when the party came to power. But he was later dropped.

Can Channi go beyond? He represents Chamkaur, an assembly segment of the Anandpur Sahib Lok Sabha constituency. In the 2017 assembly election, Channi won by over 60,000 votes, which is impressive. This was his second tenure as MLA.

Does that mean he is the leader of all Dalits in Punjab? Emphatically not. But the reasoning of party managers in the state is presumably that his appointment will divide Dalits and, therefore, weaken the SAD-BSP coalition.

The relationship is already fragile, especially in the Doaba region, with Dalit leaders fearing that their candidates will be usurped by the SAD as a result of the alliance. In the circumstances, many would consider the Congress has planted even more seeds of confusion.

Will Channi be his own man? If not, who will run him?

The upcoming election, from the point of view of the Congress, will be state Congress chief Navjot Sidhu’s and Sidhu’s alone.

At this late stage, with barely months to go, no governance coups should be expected from Channi. So all the fire and brimstone expended because Amarinder Singh failed to translate the Congress’s electoral promises into reality, will likely be forgotten.

Instead, after many years, intricate caste calculations will dominate politics in Punjab.

In 2017, of the 23 seats in the Doaba region, the Congress won 15. In order to return to power in the state, it has to hang on to that tally, but must simultaneously retain its 2017 tally from the Malwa region, which accounts for 69 seats in the 117-member Punjab assembly. The Congress won 40 out of the 69 seats. Both the Badal family and Amarinder Singh belong to Malwa.

Ultimately, it is not Charanjit Channi who will determine the outcome of the upcoming assembly elections for the Congress. It will be the strategies and ploys put in place by Navjot Singh Sidhu and his advisors.