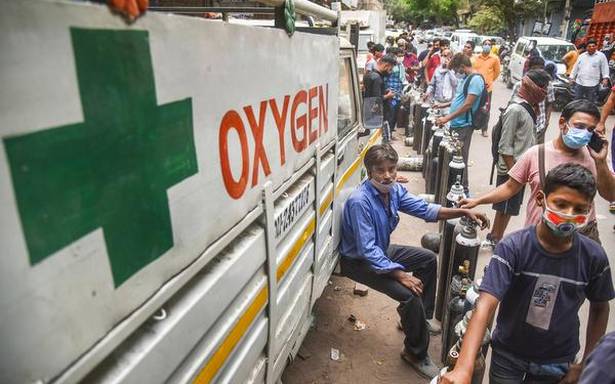 Malaysia has detected its first case of a highly infectious coronavirus variant first identified in India, days after imposing a ban on flights from India.

India leads the world in the average daily reported infections and recorded deaths. It currently accounts for one in every 2 global cases each day. The country’s number of daily average deaths is 1.3 times that of Brazil, which recorded the second highest number of new fatalities — nearly 2,300.

Defence Advisor of Tanzania succumbs to COVID-19 in Delhi

Col. Dr. Moses Beatus Mlula, Defence Advisor of Tanzania passed away because of Covid19 at the Base Hospital in Delhi on April 28, High Commission of Tanzania announced.

He is the first foreign diplomat casualty of COVID-19 in India.

The large migrant workforce employed in hundreds of automotive units across Gurugram-Dharuhera-Bhiwadi industrial belt is in a dilemma, whether to return home or stay back after the three Original Equipment Manufacturers – Maruti Suzuki, Hero Motocorp, and Honda Motorcycles & Scooter India Pvt. Ltd (HMSI) – announced a temporary halt of 10-15 days amid a surge in COVID-19 cases and multiple lockdowns across the cities. However, the overwhelming sentiment seems to be to “wait and watch”.

Former Maruti Udyog Kamgaar Union general secretary and workers’ leader Kuldeep Jhangu said the Maruti Suzuki company had advanced its annual maintenance activity during the shutdown and all employees would be paid during this period.

Many automotive companies have advised their workers not to leave the station during the shutdown.

Andhra Pradesh has received 82,000 vials of Remdesivir injections in the second phase. In the first phase, 60,000 vials were allotted to the State, said the Drug Control Administration (DCA) officials.

“The Remdesivir stock has been allotted for the period between May 1 and 9. So far, the Centre has allotted 1.42 lakh vials of Remdesivir to the State during the second wave of the pandemic,” said DCA Director General (DG) S. Ravi Shankar Narayan.

Malaysia has detected its first case of a highly infectious coronavirus variant first identified in India, Health Minister Adham Baba said on Sunday, days after imposing a ban on flights from India.

The variant, named B.1.617, was detected in an Indian national screened at the Kuala Lumpur International Airport, he said.

The World Health Organisation has described it as a "variant of interest", suggesting it may have mutations that would make the virus more transmissible, cause more severe disease or evade vaccine immunity.

"We advise the public to remain calm… All public health efforts will continue in order to break the chain of infection and ensure public safety," Adham said.